Will the world look away?

The Taliban saying they’ve changed is like Dracula claiming to have given up blood.

Don’t believe their stage-managed press conferences, look at what they do.

Afghani girls as young as ten have reportedly being given to fighters as “wives” as they filled the void left by the retreating United States and its allies, including Australia.

“Even as militants negotiated with officials from the fallen government of President Ashraf Ghani in recent weeks, little girls as young as 10 were being dragged from their homes and handed to Taliban commanders as ‘wives’, while single women were also forcibly married to fighters.”

This is hardly the action of a group that has “changed” and is now at the forefront of female empowerment in the Muslim world.

It means New Zealand Prime Minister Jacinda Ardern’s plea for the Taliban to be “nice” to women is naively farcical.

“Demonstrate that you are going to be an administration that takes into account the wellbeing of women and girls,” she demanded. 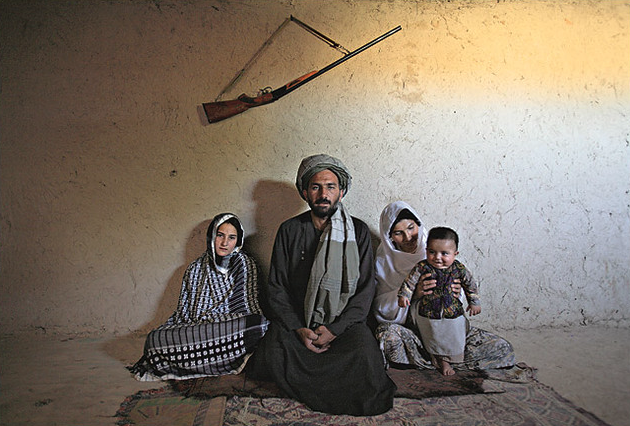 Ardern has the Mullahs trembling, I’m sure.

If the Taliban, which spent this morning’s media conference painting itself as the latest responsible member of the international community, had truly changed, it would have begun with an apology for allowing its fighters to have their way with girls and women these past days and weeks of conquest.

Instead, here’s what Taliban spokesperson Zabihullah Mujahid said about women:

The issue of women is very important. The Islamic Emirate is committed to the rights of women within the framework of sharia. Our sisters, our men have the same rights; they will be able to benefit from their rights. They can have activities in different sectors and different areas on the basis of our rules and regulations: educational, health and other areas. They are going to be working with us, shoulder to shoulder with us. The international community, if they have concerns, we would like to assure them that there’s not going to be any discrimination against women, but of course within the frameworks that we have. Our women are Muslim. They will also be happy to be living within our frameworks of sharia.

As if to show that this was now the “modern Taliban”, the first question was given to Charlotte Bellis from Al Jazeera, a Muslim news service funded by the Qatari government.

The only woman allowed at the press conference, the hijab-clad Bellis, asked about the rights of women under the new regime.

Incidentally, Qatari money has kept the Taliban afloat during its wilderness years but that’s another story.

If a Christian theocracy was being set up imposing such things, Christian leaders in the free West would be the first to publicly denounce it.

And if they didn’t, the media would rightly hound them. Yet no such scrutiny occurs of Muslim leaders in the West.

Claiming to have a “pure” brand of Islam, there is sadly plenty from its founder and the Koran the Taliban can take, including justification for child brides.

The question we should all be asking is will the world now turn a blind eye to the abuse of women and girls by Taliban 2.0 trying to present as a responsible international citizen?

Dubbing itself the “Islamic Emirate of Afghanistan” is a cynical grab for legitimacy with echoes of the United Arab Emirates, a regime whose Islamic fundamentalism probably also deserves greater scrutiny.

But assuring the world Dracula now eschews the blood bank will only be believed by the most gullible.

Unless the Taliban have a road to Damascus conversion over their treatment of women, Australia must never recognise the Islamic Emirate of Afghanistan.