“Killing an unborn baby” won’t be an "aggravating factor" in a crime, it will be a “separate offence” – Alex Hart, Channel 7

Over two nights this week, Channel 7 Sydney has reported that the Berejiklian Cabinet has been debating “Zoe’s law”.

The driver of the other vehicle was on drugs and was not penalised for causing the death of Zoe.

Last night, reporter Alex Hart revealed that the government will put Zoe’s law forward as a government bill in coming months, rejecting attempts to water it down and not recognise the humanity of the unborn child.

This is good news for Zoe’s mum, Brodie (below), who has appealed for recognition of her daughter’s humanity in the criminal justice system. 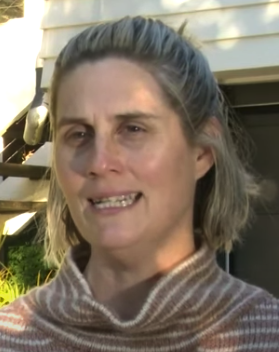 The news is testament to the hard work of Rev Nile in championing the Donegan’s cause. Rev Nile released this statement this afternoon:

I welcome media reporting last night that grieving mother BrodieDonegan’s wish for her 32 week (8 months old) unborn baby’s life to be recognised is to be realised.

After years of debate, lobbying and other efforts by myself, the Christian Democratic Party and many others, the Government is now reportedly adopting the core component of my bill Zoe’s Law in their own legislation Offences Against Pregnant Women.

Brodie’s unborn daughter, Zoe, was tragically killed when a drugged driver crashed into her vehicle on Christmas Day 2009.

(a) to establish a separate offence for conduct causing serious harm to or the destruction of an unborn child, and

Offences Against Pregnant Women is draft legislation and not yet before Parliament but achieves the following:

– Funeral costs to be paid for by the guilty party

– The naming of the unborn child in court documents

It is understood an initial draft did not treat an offence against an unborn baby as a separate crime.

But now, according to media reports, the draft legislation will recognise the killing of an unborn child as a separate offence rather than an aggravating factor in determining penalties. This is a huge step forward for mothers and unborn children killed as a result of crime.

If the reports are correct then I am very pleased with this change in direction and fully intended to support this legislation.

There is more to come but for the time being I urge all members, supporters and the general public to contact their State Representative and support this recognition of the humanity of the unborn child.

The loss of unborn baby Zoe is a matter of tragic fact, not conscience, and I would expect all Parliamentarians to vote accordingly in respect for the wishes of her mother and other mothers also facing such tragic circumstances.

The links below report this welcome news in which Rev Nile makes a statement on Channel 7 News.

There are obvious cognitive dissonance issues for our society with Zoe's law but for now it is a victory for mothers and common-sense that the killing of a baby in circumstances such as this are to trigger the criminal justice system.