After poking Christians in the eye, Rudd offers Albanese advice on how to win them back (this really happened)

Labor is not only alienating Christian voters, it is helping mobilise an army of poll workers and donors for the other side.

Kevin Rudd was back in the news at the weekend with advice for Labor on how it can re-connect with Christian voters.

He told The Weekend Australian that even non-religious people did not like the “sh.. being poured on religious people” and that Labor had to find a way to reconnect with the growing Pentecostal churches in particular. 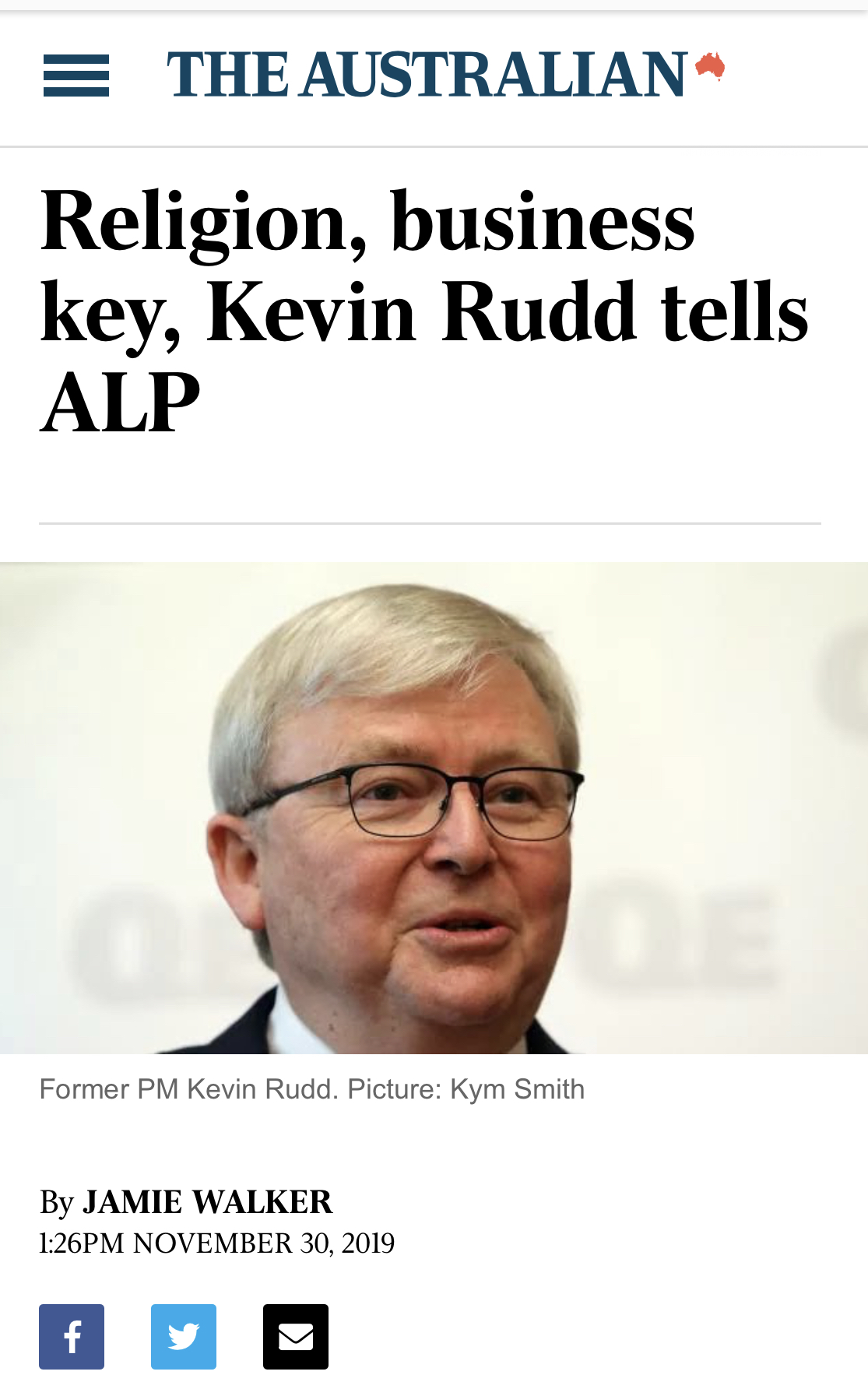 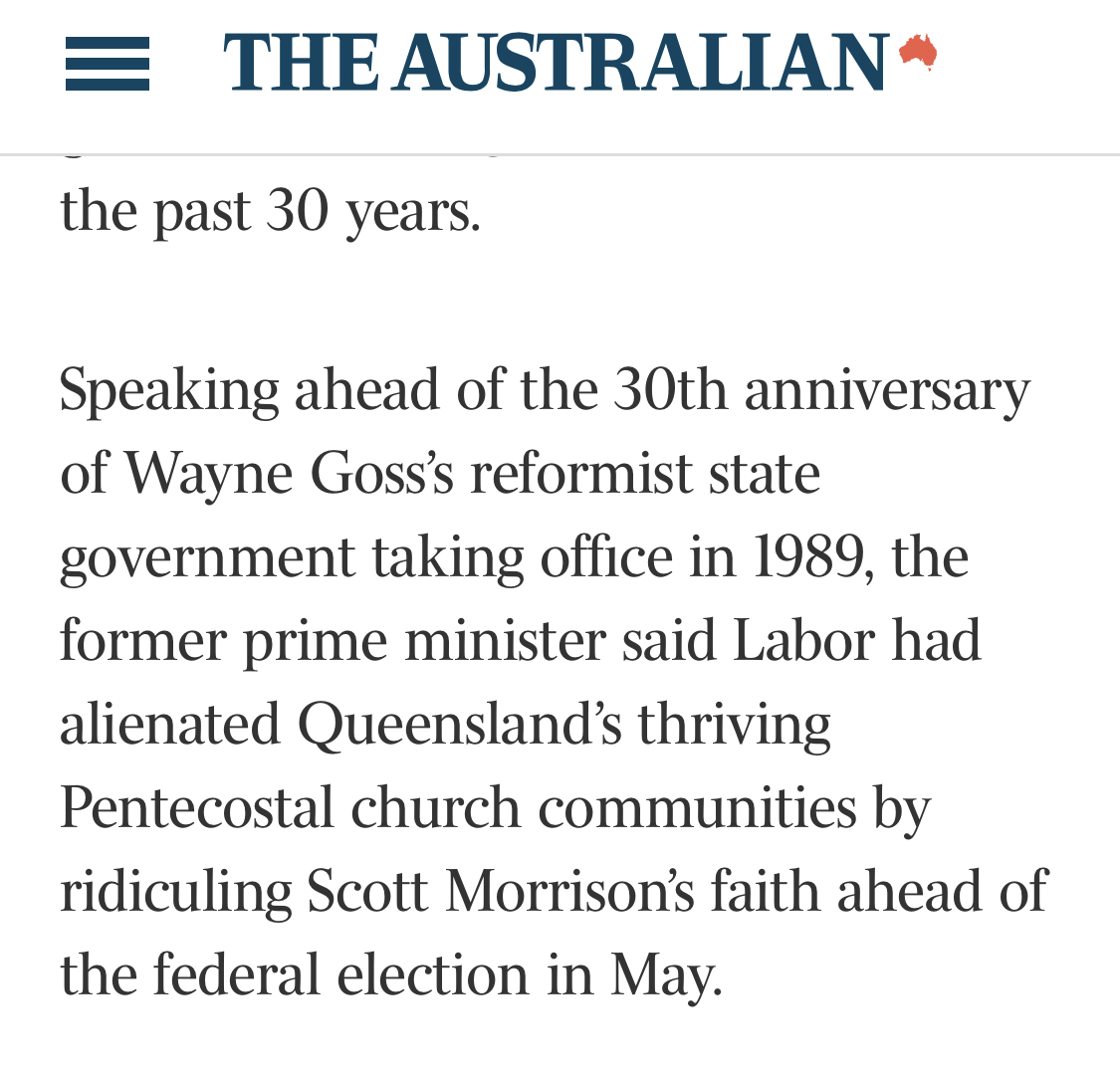 It’s delusional for the man who assiduously courted Christian voters in the lead-up to Kevin ’07, only to poke them in the eye when he backflipped on marriage in 2013, to now think he has the answers to winning them back.

Groucho Marx, who famously said “if you don’t like my principles, that’s okay, I have others,” would have been proud of Rudd’s conversion to gay marriage.

But last week the former two-times PM was trying to be helpful to Anthony Albanese whose federal Labor team now openly acknowledges it alienated Christians at the May election.

Despite numerous warnings that calling supporters of marriage “bigots” and telling them they had to accept compulsory gender fluid indoctrination of their children at school would not go down well, Labor embraced toxic rainbow politics - lock, stock and barrel.

Now senior Labor figures, such as Chris Bowen from western Sydney, are openly acknowledging that Labor’s election loss was in part due to its alienation of these people.

Despite this, the party remains captured by radical rainbow activists and shows no sign of dropping its intolerance towards those with a different view.

But what Rudd is clueless about is that he was the first in Labor to betray those Christians who are serious about their faith and what it teaches about marriage. Not to mention what biology teaches about gender.

For years, Rudd heroically held the line and weathered the vitriol of rainbow Labor, the party’s internal lobby which vilifies and demonises anyone who doesn’t fall into line.

He was so successful that even his famously non-religious successor, Julia Gillard, continued to keep faith with Christians on preserving the definition of marriage.

Coveting his old job back, Rudd knew that rainbow Labor had triumphed internally and that if he was a chance at becoming PM again, he had to do an Obama and “evolve” on marriage.

In a carefully orchestrated announcement, Rudd let it be known he had changed his position and now supported same-sex marriage.

It was a bombshell of atomic proportions.

But instead of pointing out the obvious hypocrisy, the media gave him a leave pass and welcomed him back into the fold of elite society as a hero.

At the time, I had just been appointed managing director of the Australian Christian Lobby.

It fell to me to respond to the news that one of our greatest allies in the war on marriage had switched sides.

For Rudd to be supporting a definition of marriage which created a family structure which in turn required children to be removed from a biological parent to satisfy the lifestyle choices of adults, was unjust.

This was the man who had so eloquently apologised to the Aboriginal children of the stolen generations who had been removed from their parents and placed, in many cases, with loving white families.

The egregious error for which Rudd apologised wasn’t that these children had been placed with loving families, it was that they had been removed in the first place.

No one has been able to explain how sperm donation and surrogacy, which also severs the natural bonds between a child and parent, is any less immoral than what occurred to the stolen generations.

Inconveniently for the “love is love” brigade, some children raised in “rainbow families” are beginning to speak up about what it was like to be deliberately denied the love of one of their natural parents.

Rudd was setting up another stolen generation and I said so publicly. The media went into apoplexy, but that’s another story.

Undeterred by this and having knifed Julia Gillard to get his old job back, Rudd went to the National Press Club weeks before the 2013 election to declare gay marriage would be legislated within 100 days if he was elected PM.

Mainstream voters were underwhelmed. History records that Tony Abbott won in a landslide.

Also, during the 2013 campaign, Rudd famously tore strips off well-known and well-loved Brisbane pastor Matt Prater when he challenged Rudd about his backflip during a Q&A episode.

It was ugly Rudd effectively telling Christians on national television they were bigots. No one has forgotten.

Rudd is the last person Albanese should take advice from if he wants to win back Christian voters.

But with Labor’s Senate leader Penny Wong gunning to remove Christian schools’ freedom to employ staff who share the parent community’s beliefs about marriage, it seems Labor has already made its choice.

It sees faithful Christians who care about what their kids are taught about marriage and gender as bigots.

Christian voters know Labor is not serious about religious freedom but is, in fact, hostile to it.

Until Labor "stops laying sh.. on religious people", Christians will not only not vote for Labor, but they will continue mobilising in increasing numbers for the Liberal and National parties and for Mark Latham’s One Nation in NSW.

Labor is not only driving their votes away, it is helping create an army of willing poll workers and donors for the other side. And Kevin Rudd started this movement.