Citing infertility and cancer worries, Sweden pulls back on kids’ gender treatment, so should we

Citing infertility and cancer worries, Sweden pulls back on kids’ gender treatment, so should we

Your CDP is asking the NSW Government for answers.

After the killing of unborn children, teaching the ones who survive that their gender is fluid is one of the greatest evils of our time.

That’s why last week in Parliament your Christian Democratic Party put a question about the harms of LGBTIQA+ gender fluid ideology to the New South Wales Government. 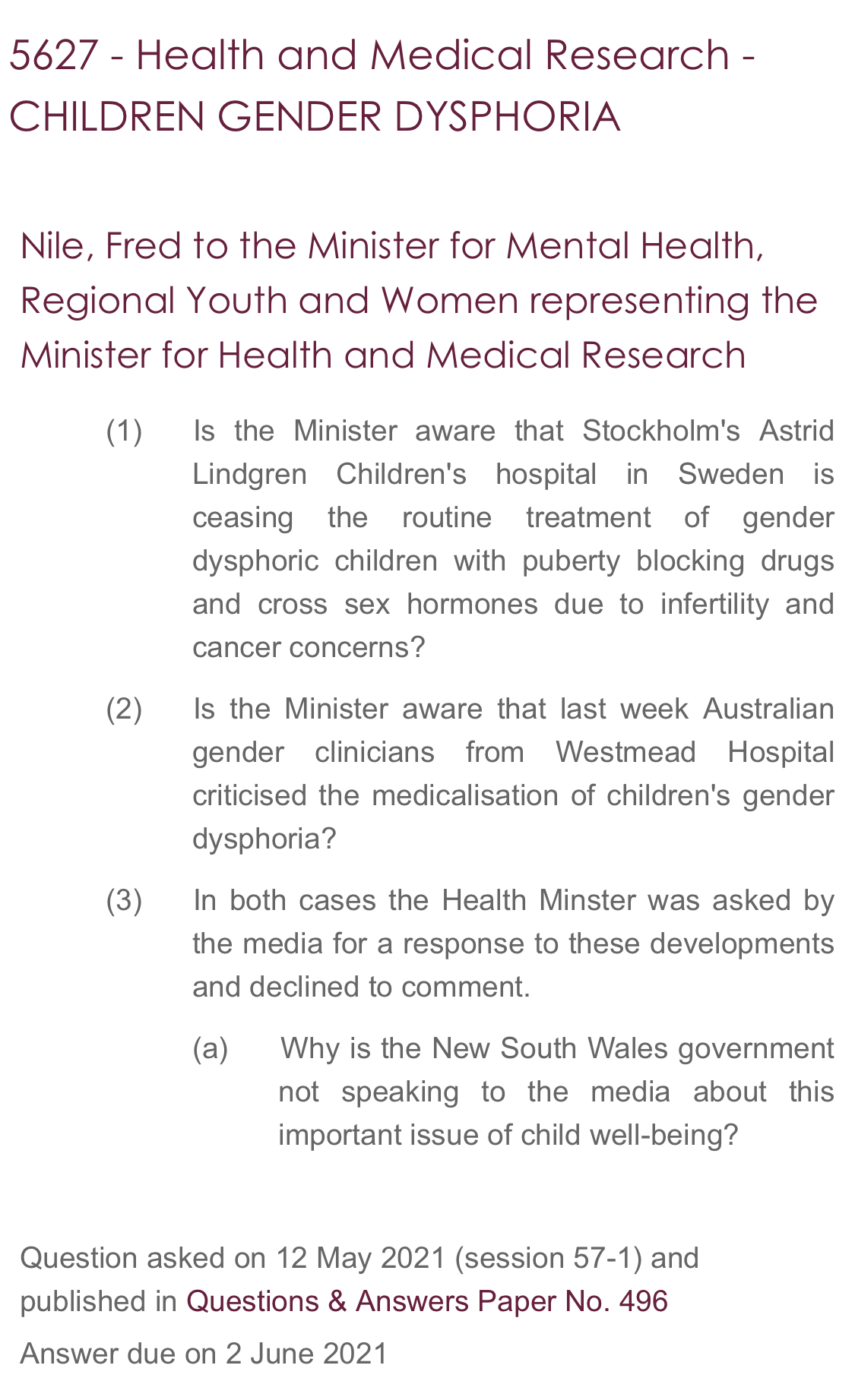 Our question was prompted by news from Sweden that it is no longer routinely prescribing puberty blockers and cross sex hormones to children.

In contrast, the green-left “independent” member for Sydney, Alex Greenwich, wants NSW to follow Queensland, the ACT and Victoria in making it illegal for doctors to decline these harmful drugs to children struggling with their biology.

When The Australian’s Bernard Lane, who reported the Swedish and Westmead clinicians’ concerns, sought comments from the NSW Health Minister Brad Hazard, he declined.

Why is a Liberal-National Coalition government silent in the face of serious child health concerns?

That’s the question the Reverend Honourable Fred Nile placed on the notice paper. The Government has until June 2 to provide an answer.

We will keep you posted.