This is not fake news, sadly.

The Morrison Government’s lack of will and courage to fight the culture wars was again laid bare in its latest splash of taxpayer money to LGBTIQA+ sexual and other radicals.

Among $10.7 million of your cash handed to “artists” late last year, $50,000 was deposited into the bank account of Harriet Gillies to blaspheme the Holy Spirit while nude. 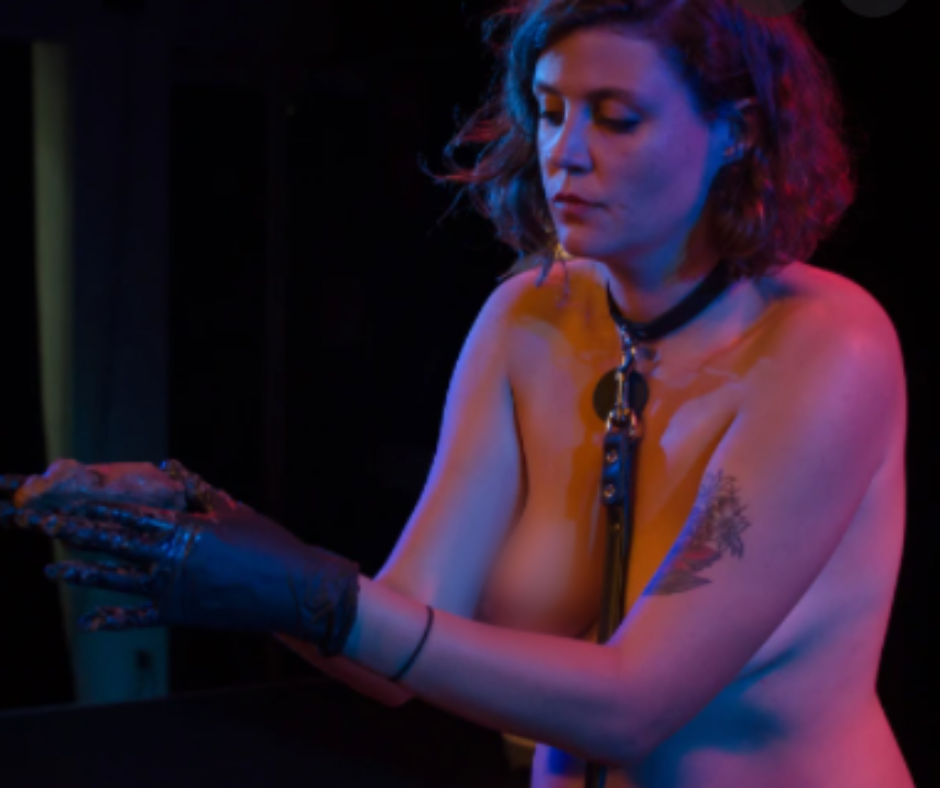 Gillies “projects include a piece called The Power of the Holy Spirit, an experimental performance lecture which will ‘end with Harriet getting naked and putting something up her butt (but, like, in a really arty and compelling way).”

The Telegraph reports that $33,000 was given to activist Abdul Abdullah who uses his platform “to defend his Muslim heritage by shining a light on the nationalistic, sometimes fascist, behaviours of sectors of Australian community”.

Your tax dollars at work exposing your apparent fascism.

These latest howlers were exposed by the Institute for Public Affairs’ Director of Foundations of Western Civilisation Program, Dr Bella d’Abrera.

The taxpayer cash is doled out through the taxpayer-funded Australia Council for Arts to what d’Abrera rightly describes as “political activists masquerading as artists”.

But this is not the first time the Morrison government has been caught out wasting our money on spurious “art”.

One recipient was Sarah Ward, a gay cabaret performer whose act, under the stage name Yana Alana, in the past has included a “bum puppet” drawn sideways on her buttocks. Ward lay facing backwards on stage and lifted her tutu to reveal naked cheeks, which she wobbled with one hand to simulate the “puppet” talking. The “puppet” was supposed to be Prime Minister Scott Morrison.

Another fellowship recipient was Yu Ouyang, a poet who shares Ward’s artistic curiosity for posteriors. He recently equated poetry with bowel movements.

“There is a mysterious connection between the two,” he said. “Bowel movements are perhaps innately connected to the act of creative writing.” Bowels were also like the world, “clogged up with the shit of climate change”.

When the “bum puppet” and toilet paper grants were exposed in February, Fletcher said he was “concerned”.

“It’s a well-established principle that arts funding decisions are made at arm’s length from ministers of the day,” he said on Macquarie Radio at the time.

“If you have ministers making decisions according to their own personal tastes, for example, you very quickly get a highly politicised process.”

But the Australia Council’s use of taxpayer cash is not political? Seriously.

Caught out again, Fletcher got out his biggest piece of wet lettuce with which to lash the Arts Council.

“This kind of juvenile left-wing political activism is not how Australian taxpayers’ money should be spent when it comes to arts funding,” he told the Telegraph.

“I expressed my concerns in writing to the Australia Council last month, and received assurance from the Council that it will address these concerns.

“I will be watching to see that it does so.”

I’m sure the Arts Council bureaucrats are trembling in their boots.

“It is a well-established principle that arts funding decisions are made at arm’s length from ministers of the day,” Fletcher went on.

“But the Australia Council needs to remember it is spending taxpayers’ money, and it needs to do that in a way that maintains community confidence in our system of arts funding.”

If Fletcher thinks the Australia Council for Arts gives a rats, he should put the Harbour Bridge on E-bay.

Lyle Shelton is a commentator and political activist. You can order his book I Kid You Not – Notes From 20 Years in the Trenches of the Culture Wars here. Never miss an update, sign up here.