When I heard Paul Murray on Sky News worked up about the Queensland Government's announcement today of a $1 billion wind farm for Central Queensland, and that all it would produce was three per cent of the State's electricity needs, I became curious.

Well, curious is too mild a term. I tweeted that we need a revolution to stop this nonsense. How could so much money be spent for so little electricity output? And spent in the middle of a coal field?
As I was Googling to find out more, I stumbled across the Minister for State Development, Cameron Dick's, media release. It didn't tell how much reliable, base-load electricity a coal-fired plant could generate in comparison. Nothing on how much money it would cost to go from eight per cent renewables to 50 per cent renewables by 2030.
If it costs $1 billion to produce every three per cent of our electricity needs from renewables then it is going to be an expensive 12 years.
Media reports in the Courier Mail and Australian Financial Review were largely cut and pasted from the Minister's media release and were not much help.
As I was Googling, my iPhone lit up. 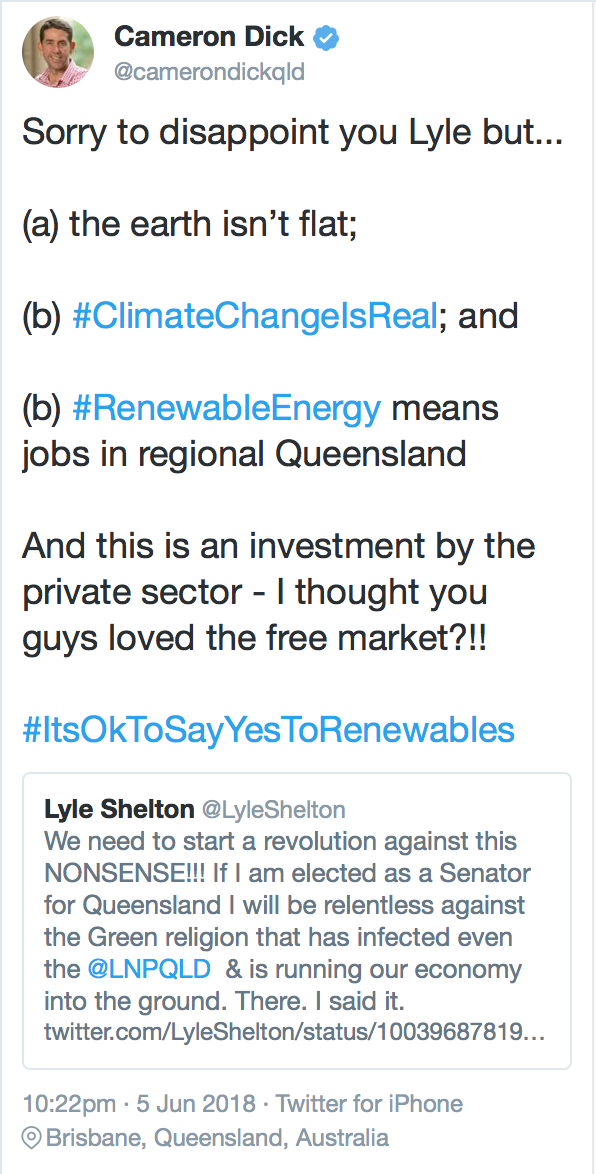 So I thought I'd put my questions directly to the Minister, who was obviously up for a bit of late night Twitter banter. 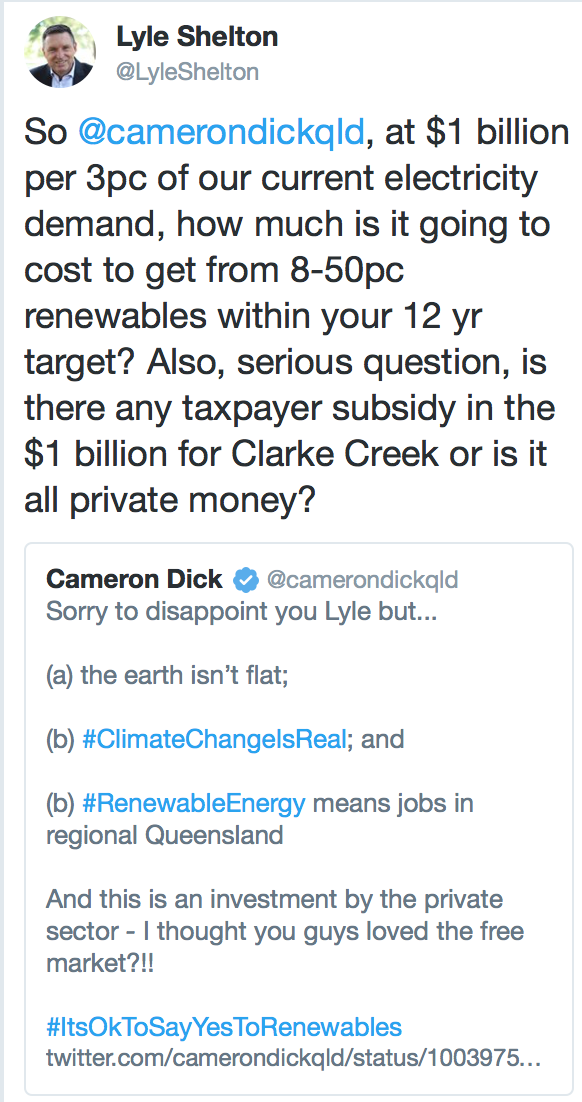 I got a reply but not an answer. 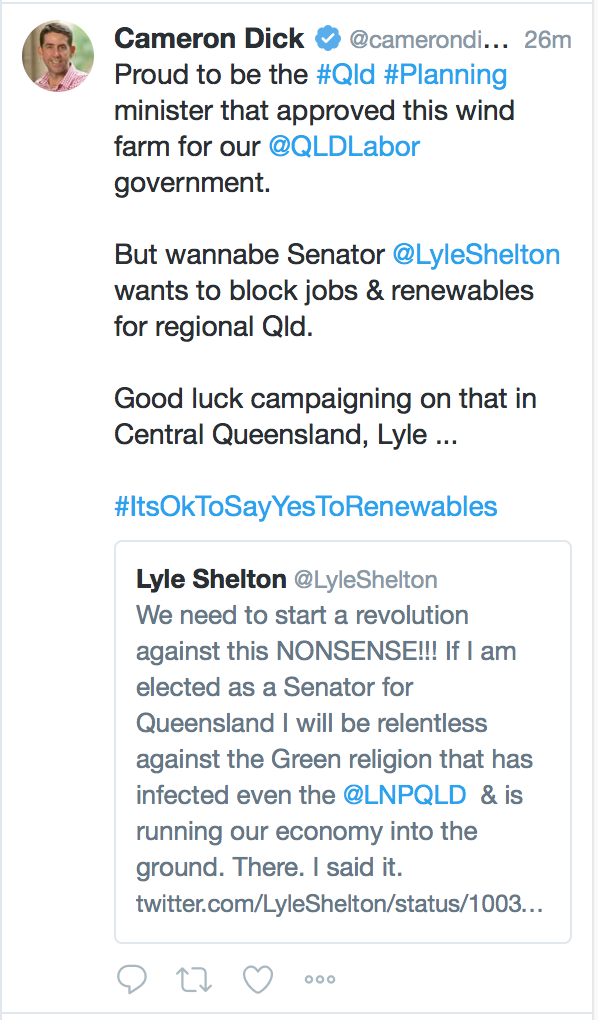 So I thought I'd prod again. 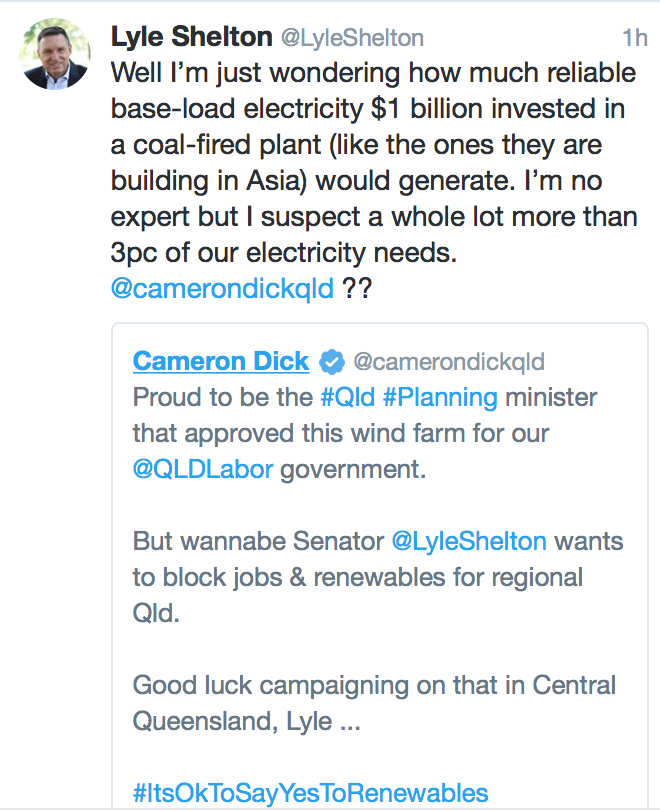 Then a prolonged silence so I was a little bit disrespectful with my next tweet.

After what seemed an eternity, this. 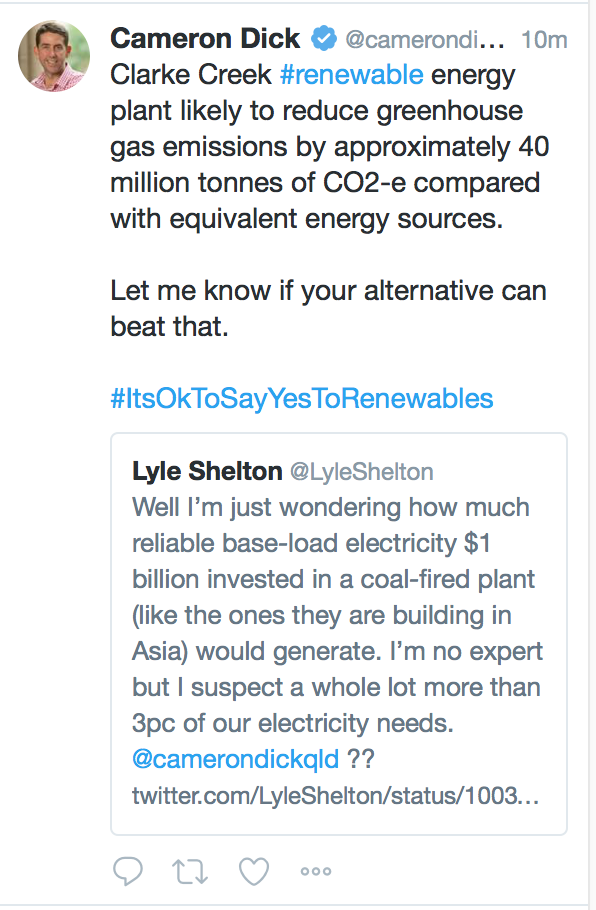 But of course it was another non-answer. I guess he hoped that the virtue of reducing CO2 emissions meant he did not need to dignify my pesky questions with an answer. But I'm a patient man so I had another crack. 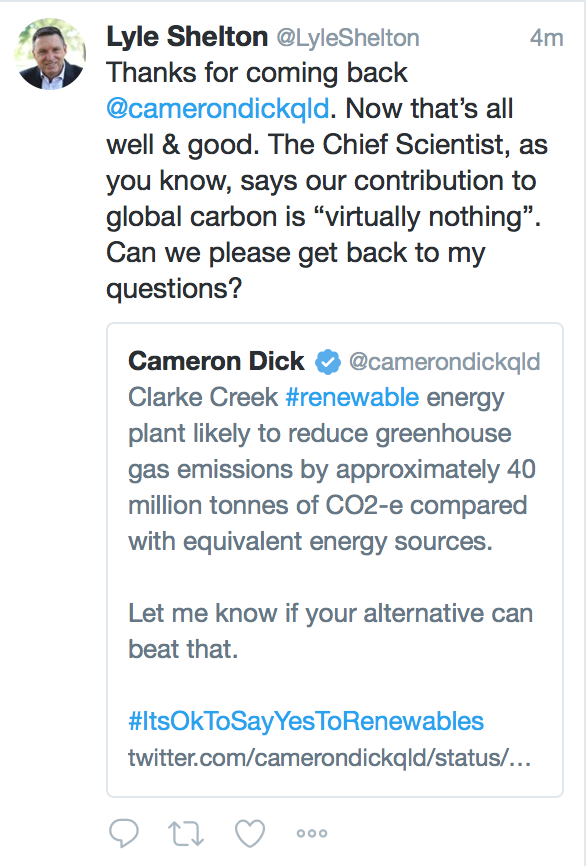