Now your ABC is teaching children their gender is fluid. I kid you not. Here's the Conservative Party media release.

The ABC should just let boys be boys and girls be girls instead of indoctrinating them in gender fluid theory, Conservative Party spokesman Lyle Shelton said.

“Your gender identity is how you see yourself as either male or female,” a cartoon character on page seven tells children. 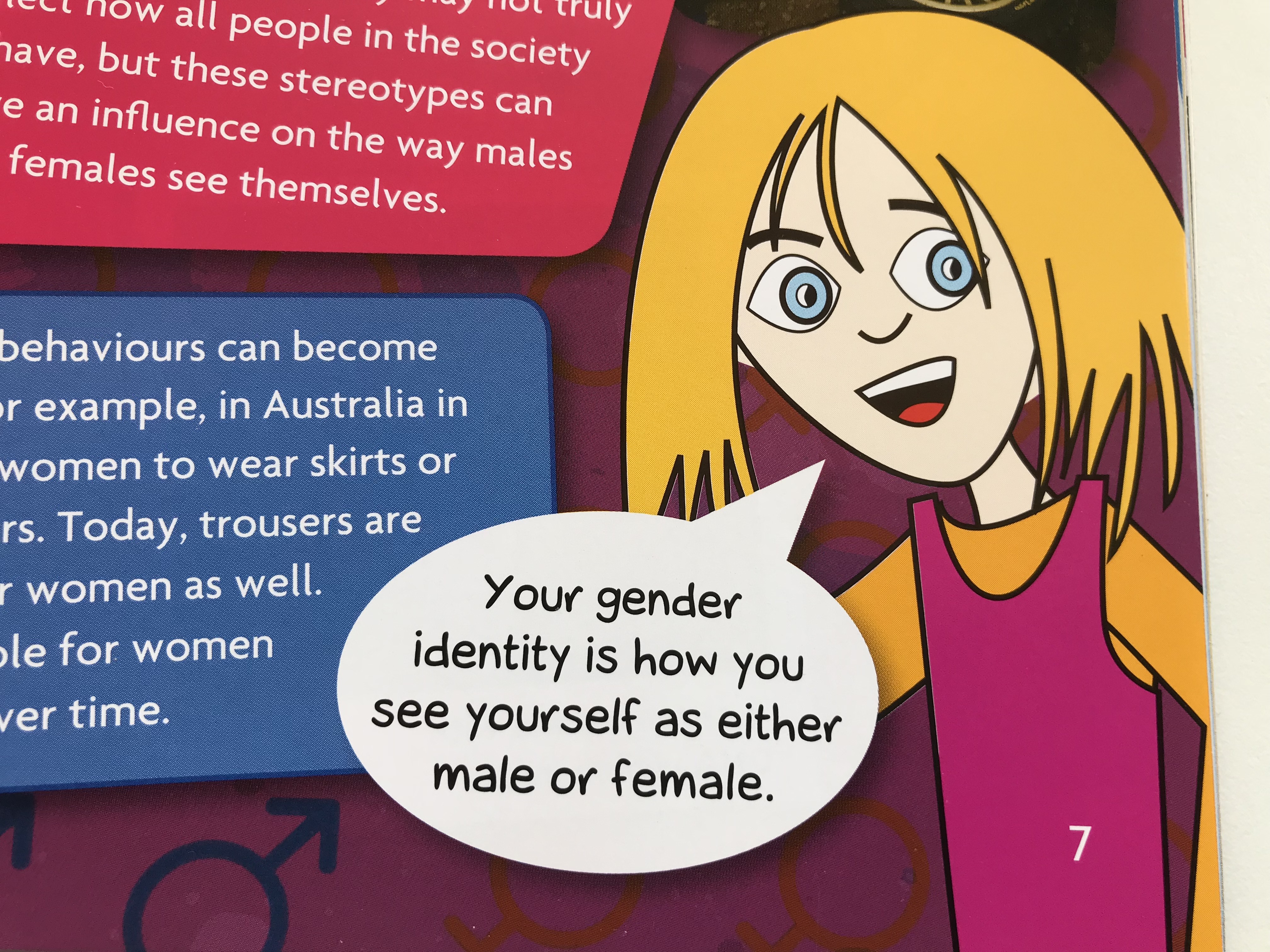 The reader tells children that men also wear skirts and parents may have conditioned them towards the wrong gender because of the toys they purchased for them.

Mr Shelton said it was not the role of the national broadcaster to indoctrinate children into harmful gender fluid ideology.

“If a child becomes confused about whether or not they are a boy or a girl as a result of reading this, who bears the liability for those who experience transgender regret later in life?

“Puberty blockers and cross sex hormones are known to have harmful side effects and gender reassignment surgery is of course irreversible.

“Will the ABC or the federal government be held responsible for this social experiment in the future?”