When I think upon Christmas...

A pregnant teenager riding a donkey led by her young husband, but not her unborn child’s father, journey through the night.

Compelled to register their personal details with the state, they must go to Bethlehem.

Privacy rights meant nothing to the young Jewish couple’s overlords of the Roman Empire, the globalist superpower of the day.

It was a case of show up in your hometown for the census or else. 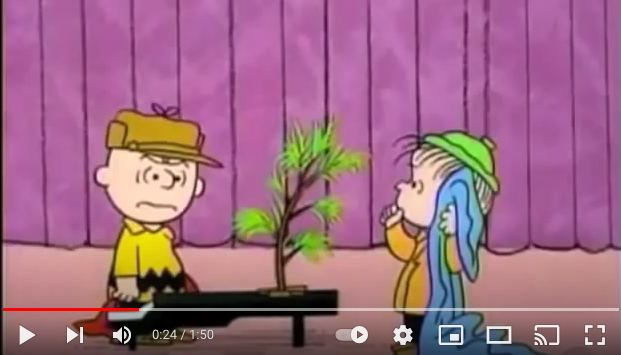 WATCH: Linus on the meaning of Christmas

In those days being shamed by the state meant being nailed naked to a cross on the roadside as a warning to others.

The Romans made the Chinese Communist Party look like humanitarians.

No room at the inn forced the couple into accommodation that was agricultural – literally.

Jesus was born in a stable and laid in a cattle trough.

We worry about Omicron, but the Christ child was probably more susceptible to disease at that moment.

The events in Bethlehem that night were proclaimed by angels to shepherds as good news for all people.

We could sure use some of that in Christmas 2021.

But that is the message of Christmas.

A child born in a stable at the height of the power of an oppressive international regime defies the filth and poverty of his birth to become king of the world.

But not any sort of king.

Jesus didn’t “lord it over” people, which was the way, and still is, of powerful people.

He rode into Jerusalem on a donkey, not a war horse, as crowds cheered.

Who ever heard of a king on a donkey? What king of antiquity was humble and lowly?

Days later those same crowds mocked him as he wore a crown, not of gold, but of thorns.

He knew what the Romans did to people who claimed any authority above Caesar’s.

Roadside corpses clinging to crosses, images a horror movie could not do justice, reminded everyone.

When the Roman governor Pontius Pilate asked if he was “King of the Jews”, Jesus knew his answer would seal his fate.

But the good news foretold by the angels to the shepherds came true.

Christ rose from the dead to save everyone who calls on his name from their sins.

As the carol which echoes in the background of our Christmas shopping proclaims, “he rules the world”.

That is the good news we need in this second pandemic year dominated by fractious domestic and international politics.

Despite what weighs on our modern minds, our lot exceeds that of Mary and Joseph and the babe in a manger.

Who knew that that babe’s followers, called Christians, would go into all the world and over time transform it from barbarism to civilised.

They weren’t perfect and made mistakes, sometimes terrible, but compared to the ancient world before Christ – well, there is no comparison.

Tidings of comfort and joy, to quote another carol we might hear in the background of the Christmas rush.

The good news of Christmas is that Jesus has come to save us from our sins and that he rules the world with truth and grace.

The way to a better world, and it can always be improved, is to submit to the lordship of the king above all kings.