A rebellion is in full swing but will it last?

Elites’ disdain for democracy and their willingness to subvert the will of the people is breathtaking. Thankfully they didn't get away with it.

A rebellion by ordinary people against the will of elites is playing out in the privacy of ballot boxes across the English-speaking world.

Those who control the cultural and political high ground in the media, politics and the universities did not want Brexit, Trump, ScoMo or Boris.

All four disrupt the “progressive” project to steer the West away from its roots to a more globalist, socialist and politically correct world order. 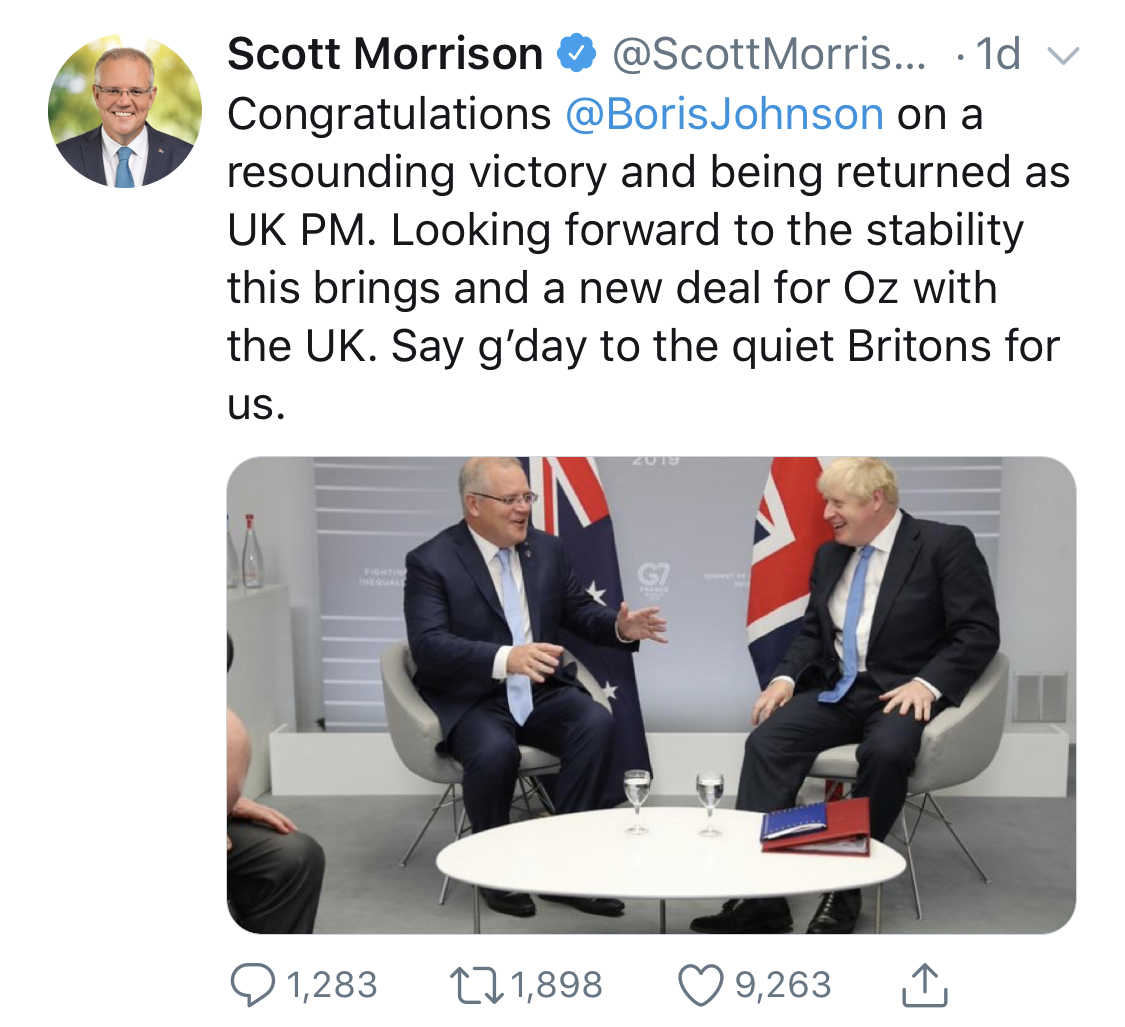 Hopefully it’s only a matter of time before Canadians and New Zealanders wake up.

Whether it is public-funded broadcasters like the BCC or the ABC, supra-national bodies like the EU and the UN, ordinary people have been fed a constant diet of the dictates of this new experimental world order and they are not buying it.

To the alarm of their betters, they are attracted to Trump’s “America First” mantra, Britain’s Brexit or Australia’s “stop the boats”.

Citizens want their governments to wrest the steering wheel back off the open-borders globalists.

They are sick of being sneered at as racists and xenophobes for desiring this. For mainstream people in the Anglo-sphere it is about restoring national identity.

Elites conflate this to “nationalism” and then start throwing around labels like “fascist” in a bid to silence debate. No wonder we have “quiet Australians” and now, as ScoMo cheekily tweeted, “quiet Britons”.

People leave their talking to the ballot box.

These people are not anti-immigration, they just want migration managed well so everyone benefits and infrastructure does not lag behind.

They are not against people of different cultural backgrounds migrating to their nations but they have concerns about multi-culturalism. They have worked out, much to the annoyance of elites, that not all cultures are equally attractive.

The vanquished UK Labour leader Jeremy Corbyn was an icon of much of the global “progressive” movement.

He was anti-Israel, soft on terrorists, had a ridiculously unaffordable program of big government public spending and was a doyen of toxic identity politics.

Like Bernie Sanders, Elizabeth Warren and Hillary Clinton in the US, Corbyn represented the Left’s attempt to mainstream radical political philosophy.

But public policy based on such neo-Marxism lacks common sense when it comes to national security, sustainable public finances, the operation of free markets and grievance-driven identity politics.

That the “uneducated masses” get this enrages the elites who are blinded by notions of utopian fantasy.

The protracted attempt by “remainer” MPs in the UK Parliament and EU boffins in Brussels to snuff out the people’s will expressed in the first Brexit referendum surely must go down as a scandal.

Their disdain for democracy and their willingness to subvert the will of the people is breathtaking.

Elites in America still refuse to accept the legitimacy of Donald Trump and have fought him tooth and nail through trumped up charges of Russian collusion and now a sham impeachment.

The collective throwing of the toys out of the cot by elites should be a wake-up call for ordinary people throughout the Anglo-sphere.

Here at a home a panel of elites on the ABC’s Q&A program recently advocated violence, murder and arson because they couldn’t get their way at the ballot box.

No one expected Trump, Morrison or Johnson to win. No elite wanted them.

We have to remember that the elites still control the cultural high ground and they are educating our kids with the very worldview that is being rejected at ballot boxes.

This is a brief period of reprieve in which conservative governments must not stuff it up. If they can win the trust of their people by doing what they say and by sticking to their conservative principles, there is a chance to bury the “progressive” project for a very long time.

History shows that people flourish when government is small, taxes are low, families are stable and the wisdom of the past is not junked.

But there is now a window of time in which to set up a brighter future for our children.