Christensen bows out with a long list of home truths.

He’s doing what few parliamentarians do – stepping down at a time of his choosing.

George is vilified and written off by the Canberra press gallery but listen to his valedictory speech and you will find the common-sense musings of an Australia lost to our elites.

This Australia still exists in our regional areas, like Mackay from where George hails. It’s also in the suburbs and among our immigrant communities. 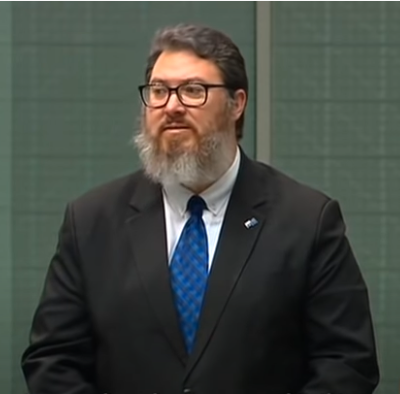 You won’t find it at Ultimo where the $1.1 billion a year taxpayer-funded ABC is domiciled.

That “biased fake news outlet”, as George rightly dubbed it, is a different universe.

So is the seat of our national government.

“I don’t like coming to Canberra anymore,” he said.

“I am freeing myself knowing this is a world to which I don’t belong to anymore.”

Hearing this was chilling for me.

I spent 10 years walking the corridors of Parliament House as a lobbyist but always thought of it as a place which would ultimately protect the truth. How naïve.

I must concede George is right – those of us who believe what our grandparents believed don’t belong there anymore.

He listed things dear to conservatives which are now “dangerous political ponderables”.

“I begin with the most important matter of them all—life. The right to life is the most fundamental liberty of them all, and we should be acting to defend it.”

Acting. If only parliament didn’t restrict the meaning of that word to mere theatre. 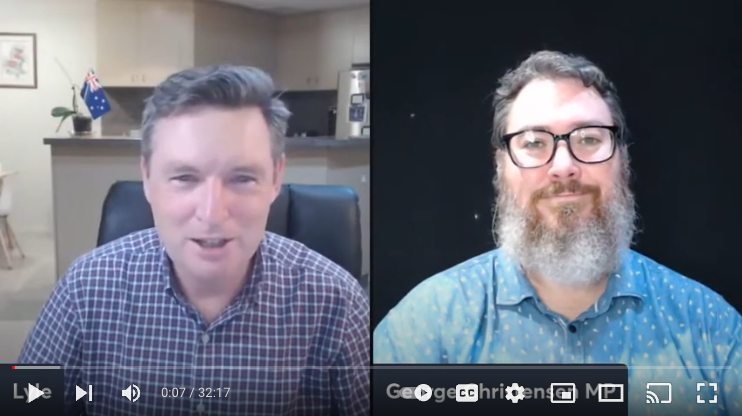 But it’s not all theatre – only for conservative causes. Politicians act ruthlessly against life by making budget appropriations each year for the killing of unborn babies on an industrial scale.

George added free speech, pushing back on transgender ideology – “let kids be kids” - and the right of children wherever possible to their mother and father, something denied by legislative innovations like same-sex marriage.

Ending discrimination against families who choose to care for children in the home was another.

“Parents who undertake their own childcare should be compensated to the same extent as those who use childcare services,” he told Parliament.

Decades of radical feminism has consigned this idea to the fringes. Equality is a buzzword in Canberra that does not apply to the natural family.

Critical thinking had been replaced by slavish adherence to wokeism enforced by cancel culture carried out by the party heavies, George railed.

“In the Labor Party you get expelled for doing anything else. On our side, you just get ostracised.”

He called out the pantomime.

“The parliamentary processes to me seems so stale and staged. Question time's a farce, where government backbenchers ask pointless questions written by someone else, and opposition members ask pointless 'gotcha' questions that never get answers.”

George quoted Robert Frost’s famous lines about the road less travelled, how each politician is faced with the “two paths in the woods” that diverge.

“I know the path that I've taken, the path of the mongrel, has been worth it.”

The path of the poodle being the other might lead to ministerial leather but at the cost of one’s soul.

“The notion of party discipline needs to give way to representation, just like it does in many other legislatures around the world; otherwise, we run the risk of Parliament House degenerating into a sheltered workshop for people who can't think for themselves.”

It may be too late for that.

Like St Athanasius of fourth century Egypt, George was against the world – contra mundum in the Latin.

And that’s how George lived out his 11 years in Parliament until it broke him.

But not before he almost blew up Malcolm Turnbull's Prime Ministership to get a banking Royal Commission, obtained a sugar industry code of conduct to stop foreign-owned monopoly millers exploiting farmers and helped get the Adani coal mine over the line.

He will be proven right on the folly of net zero, vaccine mandates and human rights for the unborn.

Sneered at by the press gallery but cheered by a huge cohort of Australians who are now unrepresented in their parliament, he takes his leave.

He richly deserves the time he will now be able to devote to his wife April, who nearly died giving birth to their daughter Margaret.

It won’t be the last we hear of George Christensen. His Nation First digital platform is huge and he’ll keep fighting.

Who knows, he may be more effective outside the Canberra bubble.

He finished his speech also on a counter cultural note.

“Despite being a miserable sinner, I give all of the glory of the past 11-plus years of federal parliamentary work, the six-plus years of local government work, totalling less than a month shy of 18 years of service in elected office, to my Lord God and saviour Jesus Christ.”

A generation ago a George Christensen’s view of the world would not have raised an eyebrow in Canberra.

Today courage is needed to say the things he said in his last speech. That is in short supply in Canberra.

The only question is how much damage is done in the meantime.

Bye George. Thanks for your service.