From The Desk Of Lyle Shelton, Sydney

This election is about the future of the Christian Democratic Party.

Who can secure a future for the Christian Democratic Party?

I have been privileged to serve in roles bringing Christian influence to politics.

I know what it takes to build a nationwide movement of Christian activists and mobilise them for political campaigns.

This work has never been more important.

Australia needs a strong, Christian Democratic Party more than ever.

As Australia’s only Christian political party with parliamentary representation, our party has a crucial role to play alongside other rising voices for faith, life and family.

A Team That Will Secure The Christian Democratic Party’s Future

Having spent months consulting with hundreds of members about our party’s future, I have nominated a team that can secure the Christian Democratic Party’s future.

This is a team that balances the depth of talent and experience within our party.  It is a team that will honour the legacy of Rev Nile while ensuring the movement he founded has a future. The team includes a number of previous members of the CDP board as well as an injection of new talent that will guide and govern our party into the future. 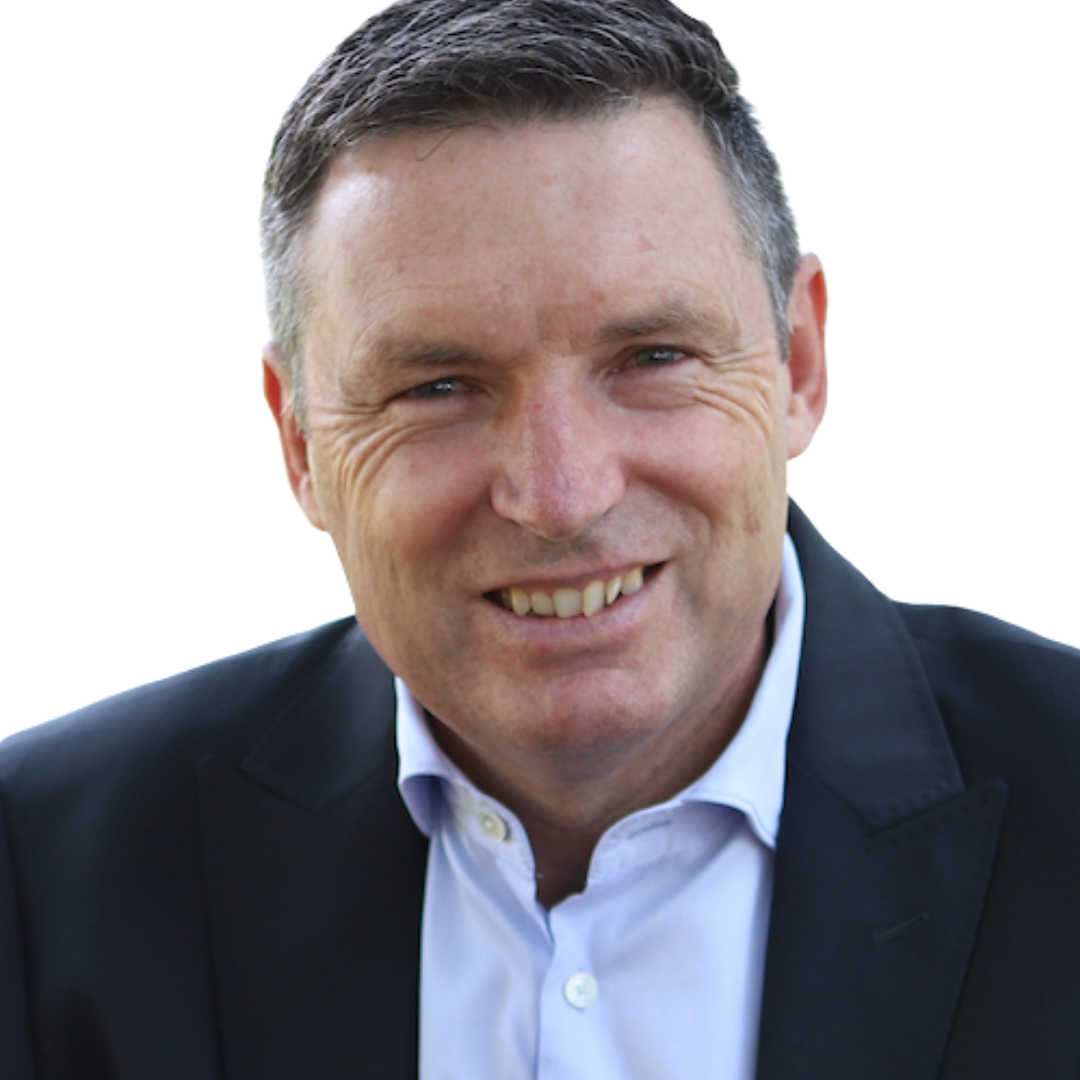 Lyle served the Canberra-based Australian Christian Lobby for 10 years, his last five as managing director. He was one of the leaders of the "No" campaign in the 2017 Australian Marriage Law Postal Survey, a campaign which gave him experience on the national stage. Previously Lyle served six-and-half years as an elected Councillor on the Toowoomba City Council and prior to that as a youth pastor. A journalist by profession, he worked for many years covering agricultural commodities and industry politics, including as Rural Press Limited’s Melbourne-based Group Commodities Editor. He is author of I Kid You Not – Notes from 20 Years in the Trenches of the Culture Wars (Connor Court Publishing). Lyle is married to Wendy and they have four adult children. 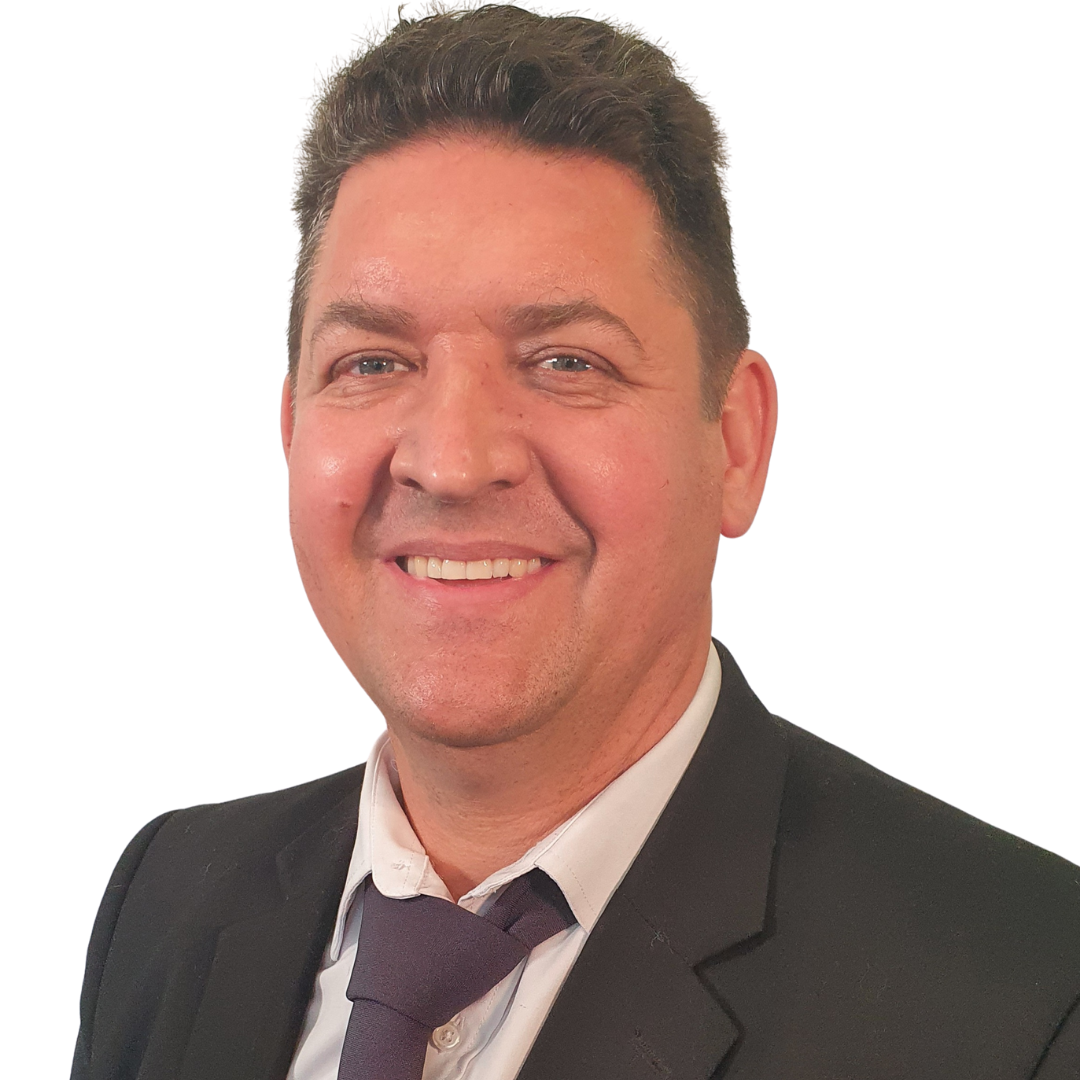 Jason Blaiklock has been CEO of Australian Opal Cutters since 2004. He is a “hands-on” project and people manager, nationally recognised and awarded salesperson, sales team trainer and team developer. He has extensive KPI management experience and manages high-level stress diplomatically in a professional manner while liaising internally with colleagues and clients. Jason is intimately acquainted with the formulation of detailed funding applications including budgets, marketing plans, target audience research for marketing proposals within tight timeframes taking into account organizational pressures. Having been through succession in his family business, Jason understands the importance of passing the baton to secure the future. Jason’s great uncle Professor Blaiklock spoke at a CDP rally in Hyde Park in the late 1970’s when Jason was about 11 years old. Since voting age, he has only ever voted CDP. 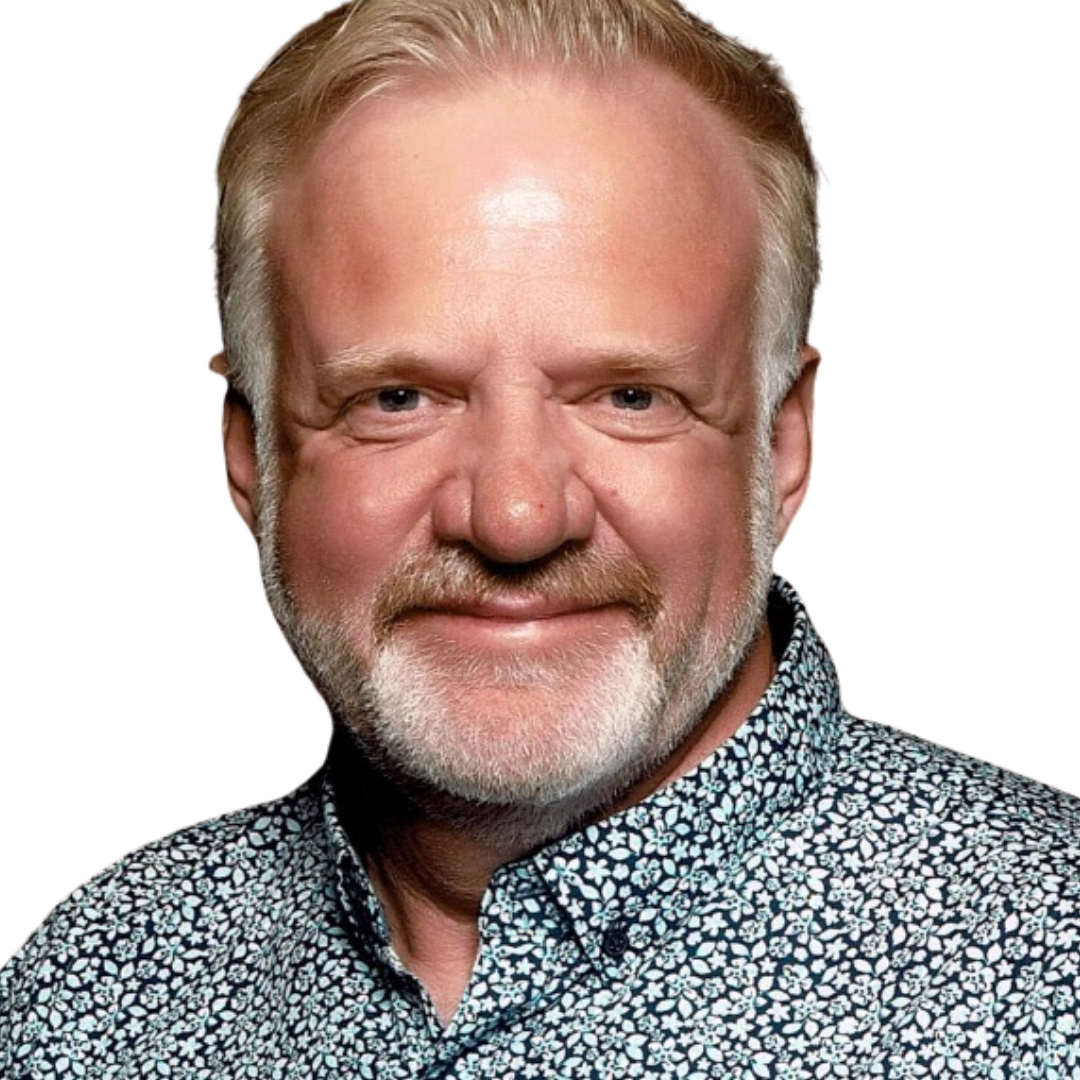 Rob Stuttle has been a Christian for 53 years and is Senior Pastor of Living Waters Church at Tumbulgum in northern New South Wales. He has lived and worked in management roles in Australia and New Zealand. Ps Rob is a much-loved local identity and very involved in his community. He joined the CDP to ensure its future and to that end invited Rev Nile to speak at Living Waters Church. Ps Rob is now an active party member, serving as Manager for the Tweed Heads Branch of the CDP. 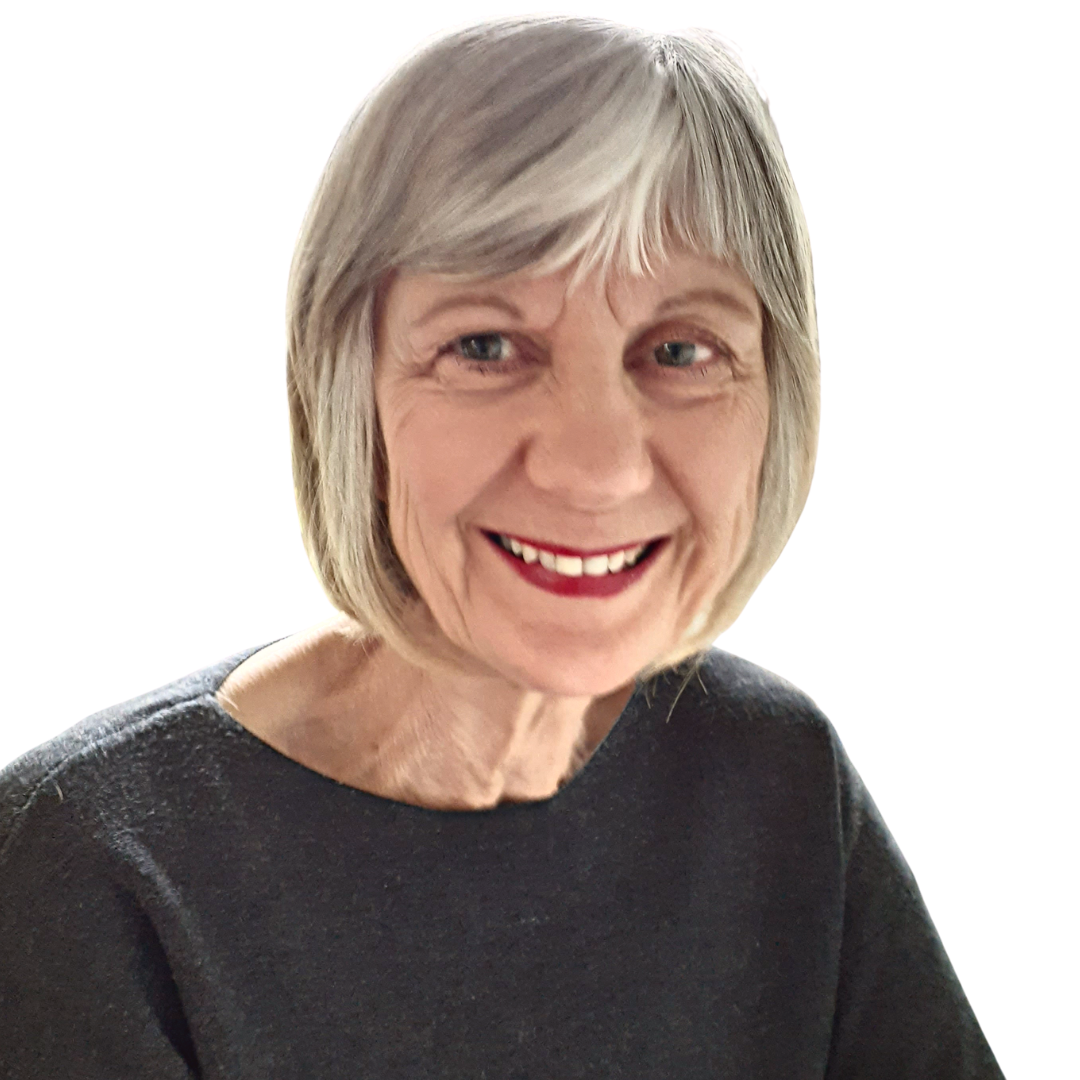 Rita has held various roles in office and general management, finance and human relations in the UK, New Zealand and Australia. Working in the UK education sector as the chairman of a high school, Rita was responsible for overseeing a multi-million-pound budget, liaising with stakeholder groups, and ensuring a place for religious education in schools.  She worked with parents’ groups, unions and government to transfer the school from Council control to give the school community greater independence.  She has served as a volunteer for the CDP in head office, thanking donors and helping with the administration of the Family World News data base.

Rita holds a BA Hons in Religious and Christian Studies and is a published author. She is married to John and they have two sons and six grandchildren. Rita’s experience will help to bring a more rigorous and professional degree of corporate governance to the CDP board. 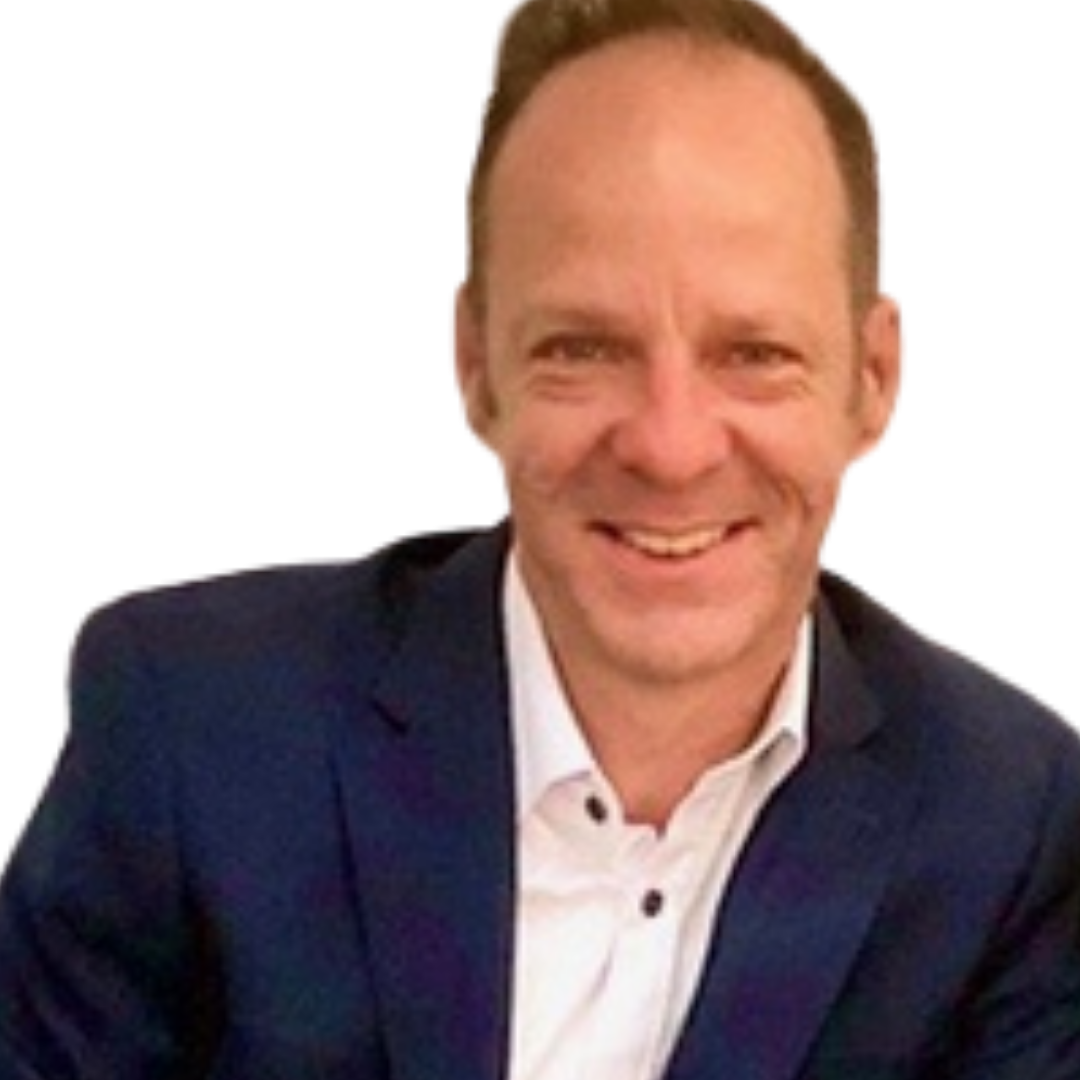 James Macpherson has a 30-year career in Christian ministry and in the media.  Raised in Melbourne, the son of a Baptist pastor, he began work as a journalist for News Limited, writing for Queensland’s The Courier Mail, The Sunday Mail and Sydney’s The Daily Telegraph.

He left the media to lead one of Australia’s largest churches – Calvary Christian Church – establishing campuses in 9 cities throughout Queensland and South Africa. Ps James moved to Sydney in 2019 and took on a role helping to oversee the growth of Alphacrucis College, the national training college for Australian Christian Churches. He is a sought-after speaker and writes regularly for The Spectator Magazine. His ability to speak in both the church and the secular media space provides him with unique insights and contributions to make as the Christian Democratic Party moves into an exciting new season. 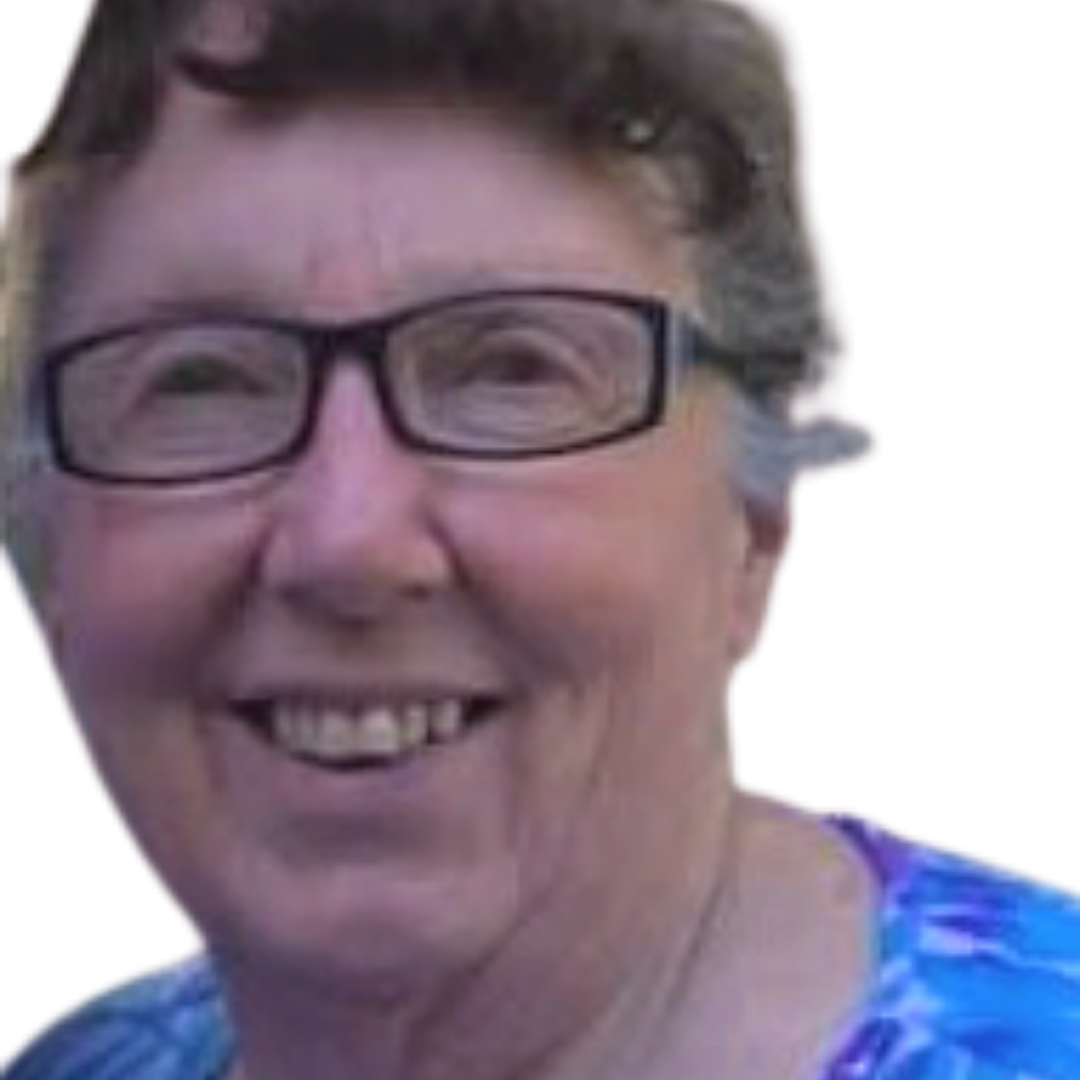 Ps Isabel has been an active member of CDP for more than 20 years and since 1980 has been assisting at polling booths.  She has also served on the executive of the Wagga Wagga branch for the last three years and desires to see the CDP fulfill its God-given mandate in the Australian political arena. Isabel has served as Assistant Pastor at Unlimited CRC church in Wagga since 2003 where her eldest son is currently the Pastor.  She has been active in short term missions leading teams for Kids Outreach international to Russia and Estonia as well as participating in church-related missions to Fiji, Sri Lanka, the Philippines, and Thailand. While serving as a church pastor, Isabel also worked as a Registered Nurse.  She has managed Aged Care facilities and pilot programs, and for the last 15 years before retiring in 2016 she was a Clinical Nurse Consultant leading a regional health service team working in hospitals, aged facilities and the community to providing support to staff and carers looking after people living with dementia. 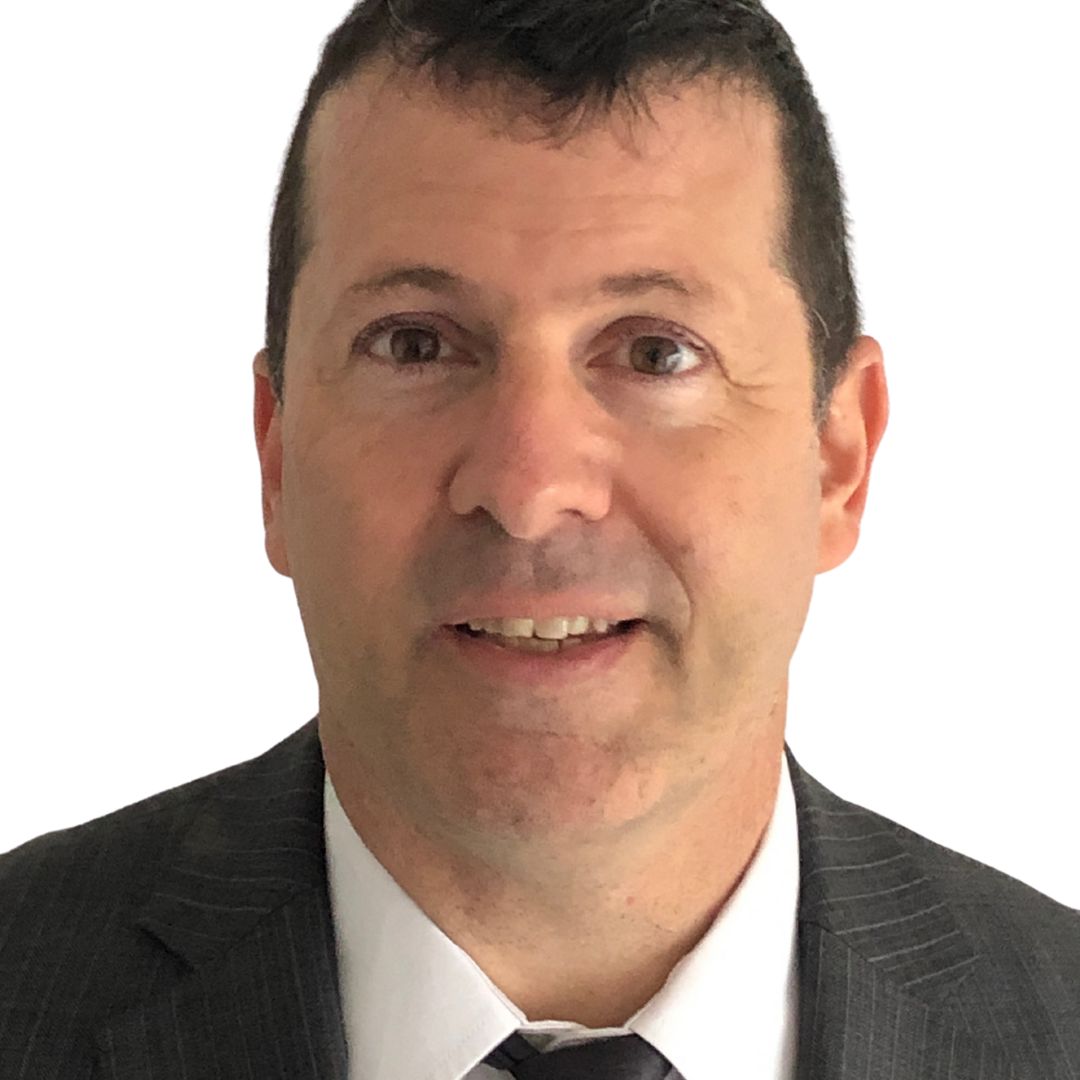 Rev Don Modarelli lectured for three years at a Bible College in the United States before moving to Sydney to marry his wife, Ann. He was President of South Pacific Bible College for eight years until 2010. In 2008, he became Pastor of Northern Beaches Pentecostal Church in North Sydney. Pastor Don is the author of three books, all available in Koorong, and has two grown daughters in their twenties. Don earned a B.A. in Theology and a B.A. in Christian Education in America. He earned an M.A. in Early Christian and Jewish Studies from Macquarie University, and an M.A. in Counselling through AIPC in Brisbane. He is a Member of the Australian Counseling Association (Level 2)  and desires to offer that counselling and Christian comfort to members and leaders of the CDP. Rev Modarelli met Rev Hon Fred Nile and joined the Christian Democratic Party in 2015. He ran in two campaigns for NSW State Parliament. He is currently Director of the Riverstone Branch of the CDP. In 2019, Pastor Don was voted State Chaplain and has been a member of the CDP Executive Party. He is running for that same position in the current election.

Richard Stretton, Candidate For Board Director 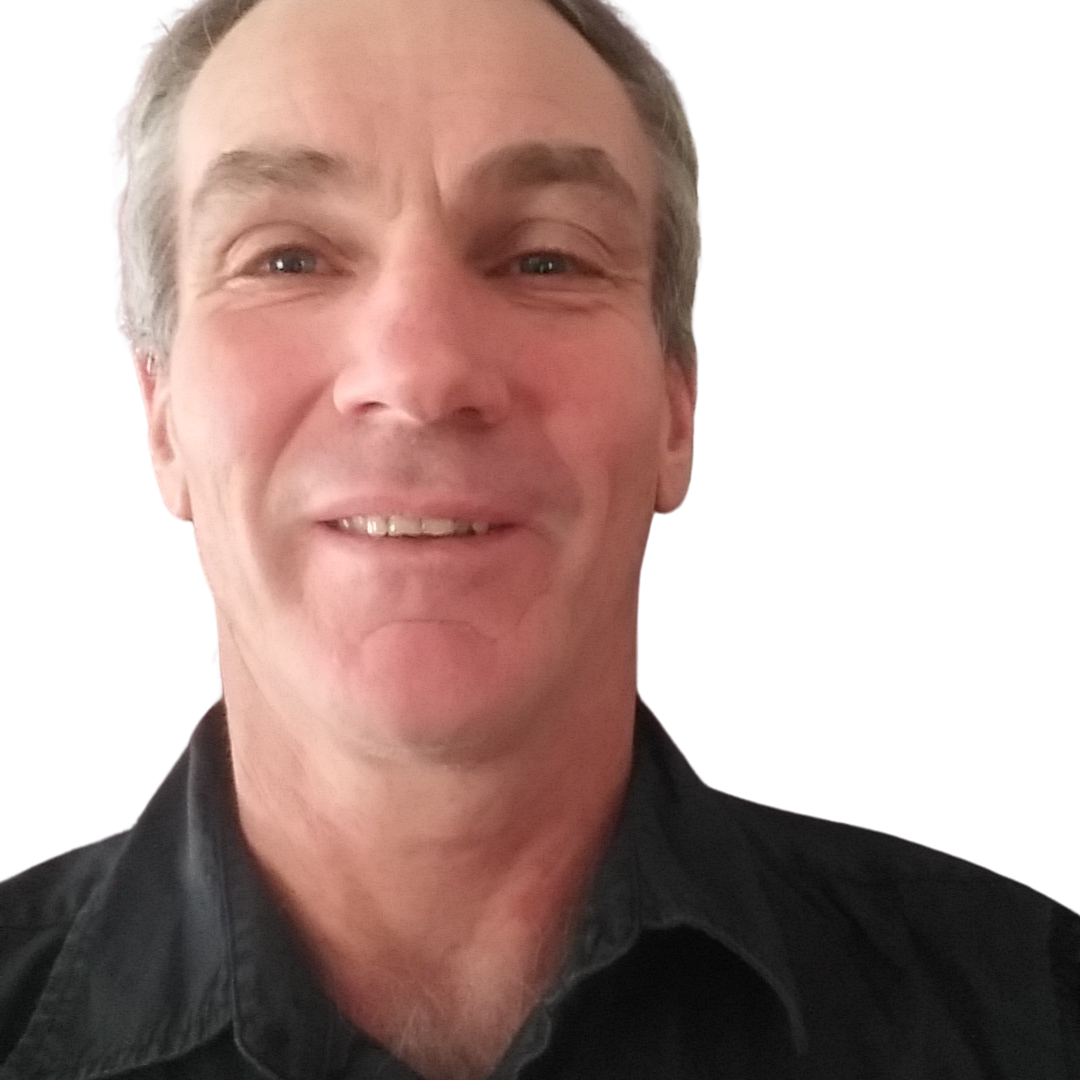 Richard Streeton has been a Christian for 35 years. During this time he has served in many local church positions such as deacon, secretary and ministry leader. Richard has been a member of the Christian Democratic Party since the mid-nineties and has stood as a CDP candidate for seven state and federal elections.  He has been actively involved in the operations of CDP through attendance to state council meetings since 2012. Richard’s involvement with CDP is driven by a passion to see YHWH recognised as the one true God of this nation of Australia once again. 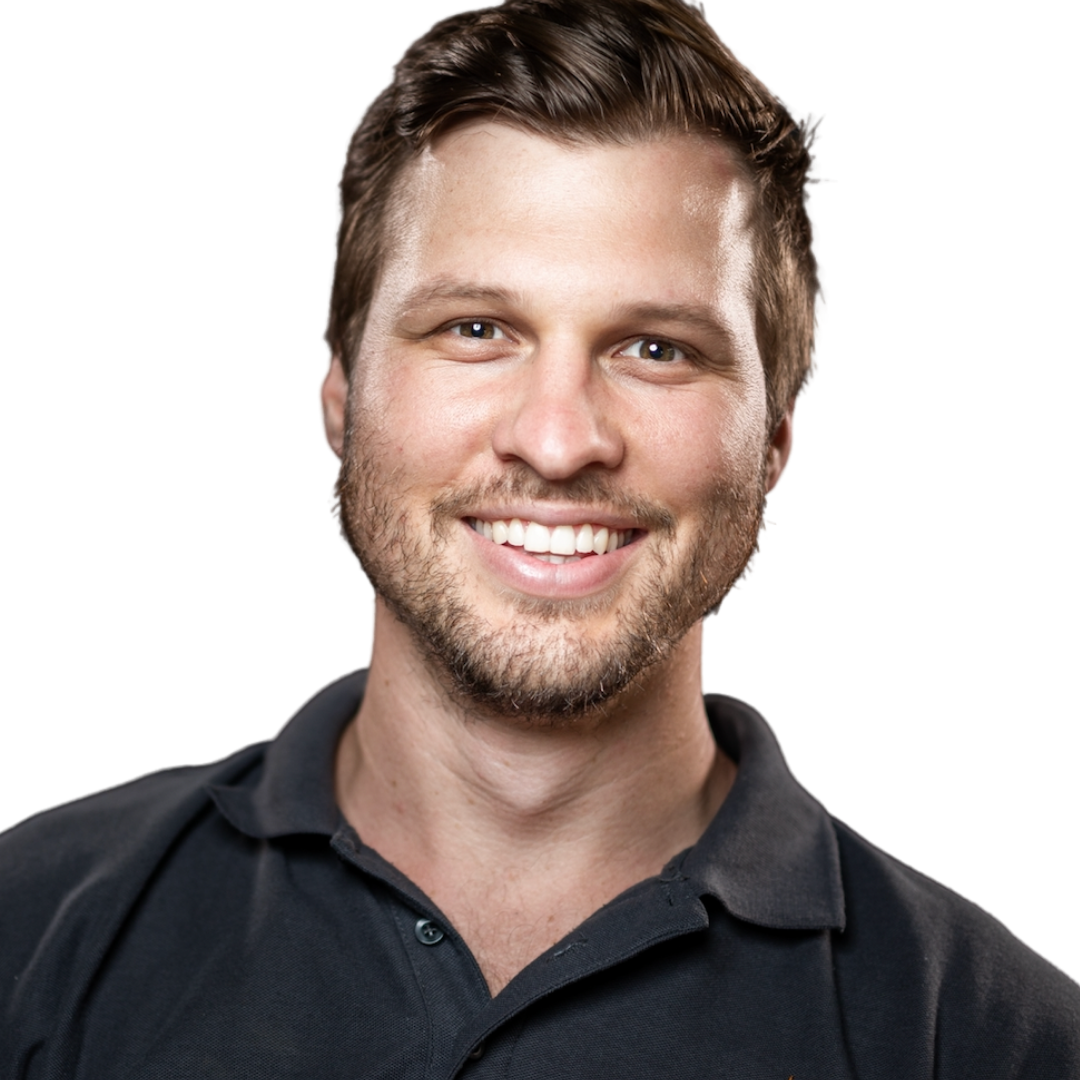 Blair Lemke is a pastor, educator, husband and father. Passionate about the Gospel of Jesus Christ and sharing Biblical values, Blair currently serves as a pastor and departmental leader in Newcastle where his primary responsibilities include preaching, teaching, and working with over 100 churches within the Northern NSW region to more effectively retain and engage young people in their church. Previously Blair has worked as a High School Teacher and Chaplain in the Tweed Valley and a Youth Worker in Newcastle, and has a passion for empowering the next generation of Christian leaders to be salt and light in the world, and seeing Christian values reflected in public policy and public debate. Blair currently resides in Lake Macquarie, New South Wales, with his wife Emma and 8-month-old daughter Eden.

Andrea Gaskell, Candidate For Board Director 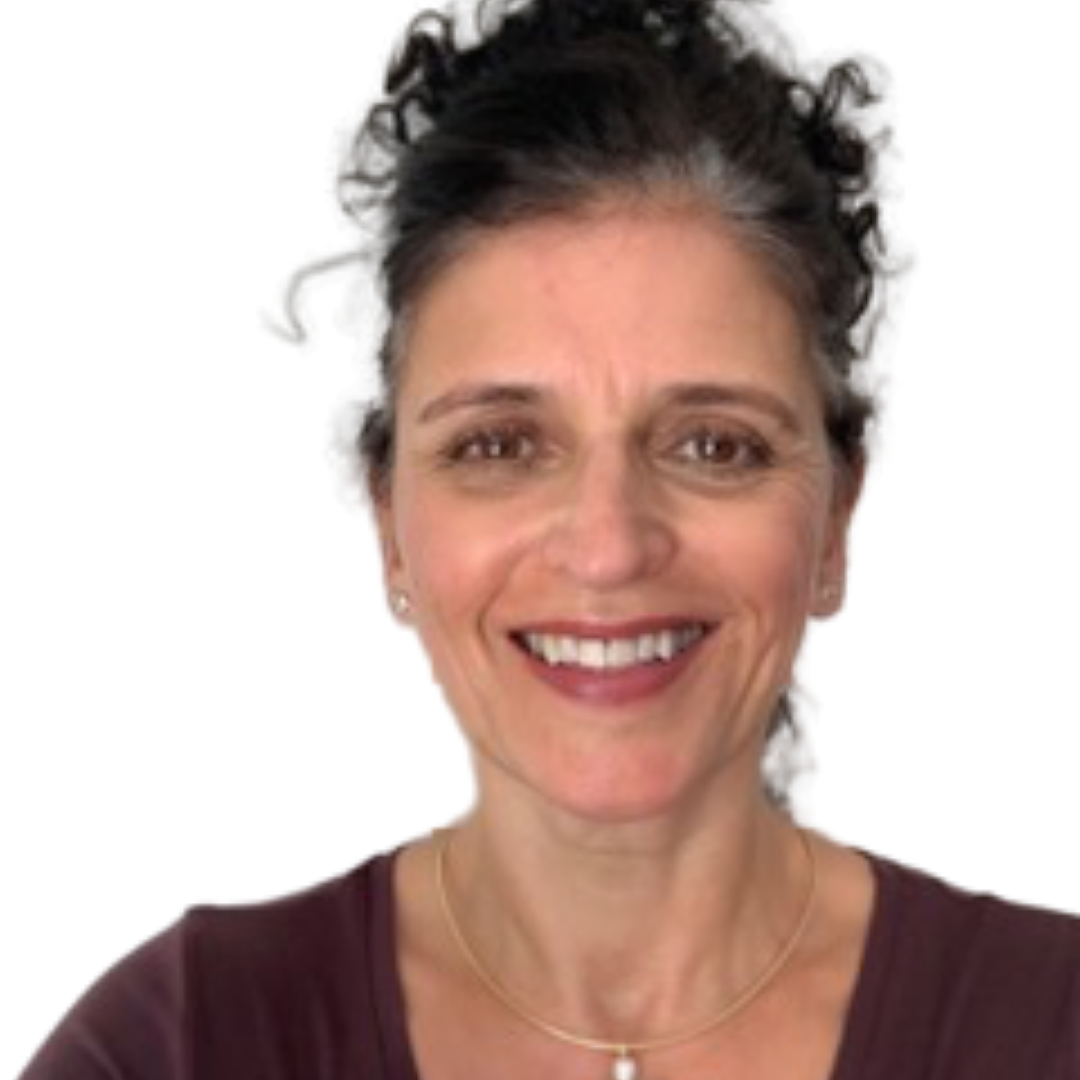 Andrea lives in Armidale with her husband David, a country doctor. They are devoted followers of Jesus Christ and parents of 6 grown-up children. Andrea was born in Lancaster, England.  She migrated to Australia in 2013 so that Scottish-born David could take on the role of Regional Medical Director in the Kimberley. Now proud Australian citizens, they have embraced NSW as home. Experienced in medical administration, Andrea runs the family business by supporting David to provide medical services to rural communities nationwide, most recently across hospitals and clinics in western NSW. Andrea enjoyed a civil service career as a diplomat for the UK Foreign Office.  For 28 years, she worked in various roles overseas and at the heart of national government: as deputy chief-of-staff to the CEO and for government ministers in Whitehall, and in postings to the Netherlands, Zimbabwe, Saudi Arabia, India and Indonesia.  Across her working life, Andrea has acted with personal integrity, strategic awareness and cultural sensitivity. She is honest, clear-thinking and respectful of others.

Andrea would like to contribute to the strategic direction and governance of the Party as it speaks out with biblical conviction in parliament.

Simon Green, Candidate For Board Director 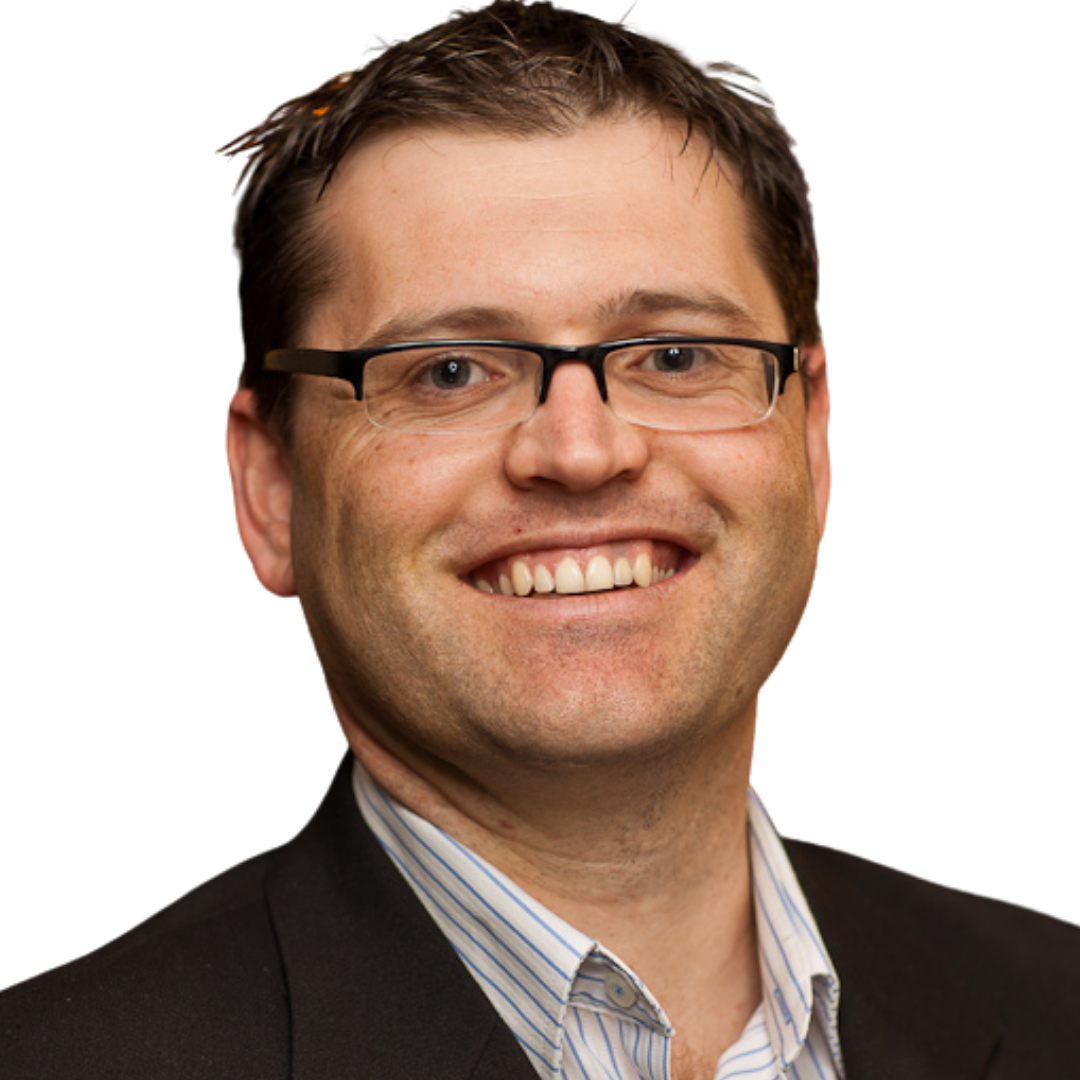 Simon Green is a passionate accountant and financial adviser. He has worked in the industry for 19 years and is currently running his own public practice. Simon has also served as Queensland State Director of Family First and Australian Conservatives, campaigning with minor conservative parties from 2010-2021. As a minor party operative, he has proven experience in recruiting new supporters.  Professionally, he was awarded finalist in the AFA Great Advise Award’s (Industry Association) for Queensland in 2021. A committed Christian, Simon has held various board positions throughout his church engagement. In his university days, he led the Whyalla campus ministry for Students for Christ. He has been married for 20 years and has two sons.