Deconstructing ScoMo: yep, he’s disappointed but the alternative is worse

Deconstructing ScoMo: yep, he’s disappointed but the alternative is worse

Pragmatism and a misplaced desire to please the left seem to drive Morrison.

Is Scott Morrison the Messiah from the Shire or, in the words of Monty Python, just a naughty boy?

Sadly, many Christians, conservatives, libertarians and Liberal party members have come to see him as the latter.

Christians’ first instinct should always be to pray for those in authority, regardless of their political colour.

We do this knowing that in a democracy, we also have the freedom to speak truth to power, to debate and to critique.

It should go without saying that this should be done with civility, which I am attempting.

Deconstructing ScMo – Critical Reflections on Australia’s 30th Prime Minister is a withering, but civil, critique of Prime Minister Scott Morrison’s record on the cultural issues a centre right politician should stand for. 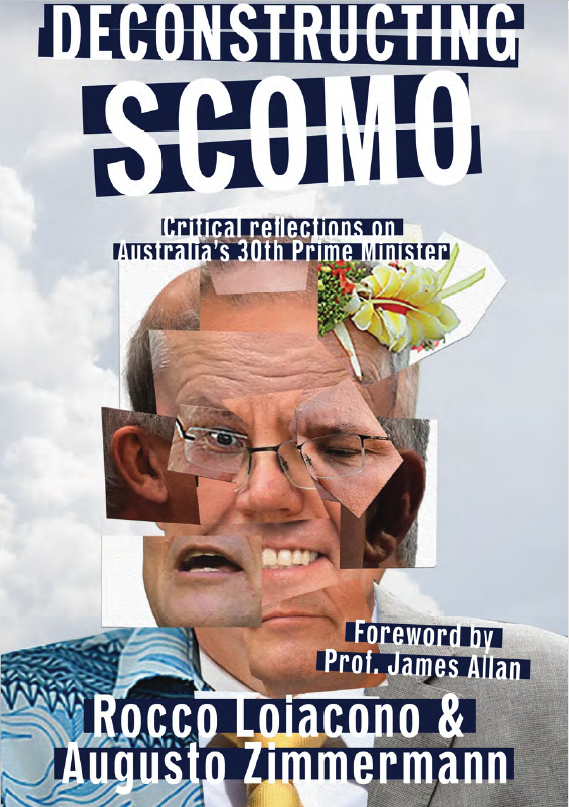 Before I discuss, a disclosure.

As a Canberra-based lobbyist with the Australian Christian Lobby for ten years, I had many meetings and conversations with Morrison.

As a fellow Christian I had no doubt of the sincerity of his personal faith – it absolutely lined up with what he presents in public.

I admire him for this.

Like many politicians on both sides of the aisle, Morrison’s door was always open, even when he held big portfolios like Immigration and Treasury.

I was always grateful that parliamentarians like him made time to hear the concerns of the Christian constituency.

As a public Christian and as a conservative politician, voters were right to hold certain expectations of how Morrison would act. He helped create them.

But while he was public in his opposition to issues like same-sex marriage, he chose not to join the campaign to fight it. And herein lay a growing problem.

In contrast, his Prime Minister at the time, Malcolm Turnbull, and cabinet colleague Christopher Pyne, were both all-in with the “Yes” campaign.

Our side lacked heavy political hitters. Cancel culture kept many good high-profile people out, preferring to protect their reputations.

While Deconstructing ScoMo doesn’t deal with the marriage campaign, much of its analysis concerns the consequences.

There are several chapters on Morrison’s attempt to legislate a flawed religious discrimination bill, which had its origins in the need to protect religious freedom and speech in the wake of the marriage debacle.

Zimmerman and Loiacono point out how Morrison’s efforts were unmoored from principle.

What good is a religious discrimination bill that does not address the regime of anti-freedom state-based anti-discrimination laws, they ask.

It is a good question and one close to home as I am being sued by two drag queens under this regime and Morrison’s bill offered no protection.

I agree with the authors that a better approach to protecting freedom is not another layer of anti-disclination law, but rather de-fanging the flawed laws already on the books.

Sadly, pragmatism and a misplaced desire to please the left seem to drive Morrison.

He threw Israel Folau under the bus for quoting the Bible and would not defend tennis legend and fellow Christian Margaret Court.

More recently he distanced himself from Citipointe Christian College when it tried to protect girls from boys identifying as girls.

Christian schools in Australia have suffered the most pernicious and defamatory lies in recent times but the only conservative parliamentarian to mount a public defence was George Christensen, who resigned from the LNP yesterday saying it has moved from its values.

While professing conservative and Christian views, he seems to be unable to mount a defence or proclamation of their positive benefits when under pressure from the left-leaning media elites.

His religious discrimination bill was terribly deficient, as the authors point out.

But even this modest effort was torpedoed by Morrison’s own “modern Liberals” who crossed the floor in defiance of the Liberals’ election promise.

At some point, Morrison’s pragmatism must give way to principle but there is no sign of it.

Whether it is the woke left in the bureaucracy using flawed foreign influence legislation to go after conservatives instead of Chinese Communist Party operatives or radical Islamists or a failure to protect freedom of speech, Morrison dodges the culture wars.

He pretends they don’t exist or don’t matter and doesn’t lift a finger to correct the howlers the left keep serving up, like gender fluid indoctrination of school children.

Intellectuals of Zimmerman and Loiacono’s calibre quickly demolish that argument and remind us that without freedom of speech, we lose everything that is precious.

They conclude with these sobering words:

When you look at its record, the Morrison government is like Seinfeld, a show about nothing (but without the laughs). It hasn’t achieved anything of significance in three terms that you would expect a centre-right government worthy of the term to achieve. Why would it achieve anything in a fourth?

It’s very hard to disagree with this.

The only problem is the alternative is far worse.