Everyone believes #BlackLivesMatter so why are we tearing ourselves apart?

Everyone believes #BlackLivesMatter so why are we tearing ourselves apart?

“The majority of indigenous people who are killed by other people are killed outside of custody and usually by our own family members – those that are closest to them.” - Jacinta Price

As I write from my office in West End I can hear helicopters buzzing overhead as crowds fill nearby King George Square to proclaim #blacklivesmatter in defiance of public health warnings.

I’ve got a livestream from the streets running on my computer. “No Peace, no justice”, the marchers angrily chant.

“If we go to jail, we go to f…ing jail,” an angry man shouted into a megaphone.

Today’s events around the Australian nation are to protest the brutal murder of George Floyd in Minneapolis in the United States.

That so much division is being stirred up around this issue is disturbing, especially when everyone is united about the need for his killer and his accomplices to be brought to justice.

No one disagrees. You won’t find this in Communist China when a Uighur Muslim, Falong Gong practitioner or a Christian is killed by police. 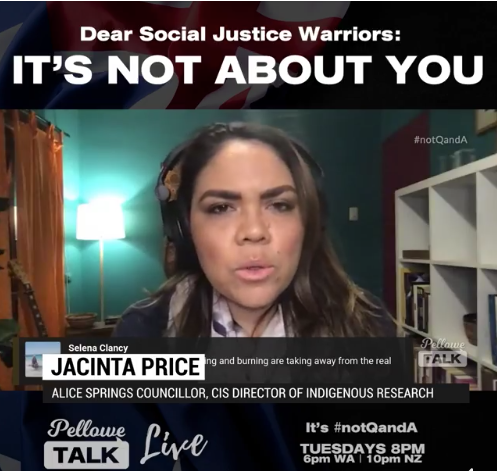 Even that hated figure of the political Left, Donald Trump, is united on this yet so much of the rage seeks to lay the blame for Floyd’s death at his feet.

Righteous anger at the unjust killing of a black man has morphed into a proxy for the Left’s long list of grievances against Western Civilisation.

Valid peaceful protest in the US has been hi-jacked largely by Antifa anarchists whose aim is to overthrow Western Civilisation. You can read their tweets for yourself, helpfully collated by Alexandra Marshall. It is incontrovertible that they have been responsible for inciting so much of the violence and looting that has filled our television screens.

I get that in America too many whites and blacks live segregated lives generally demarcated by money or the lack thereof.

Is there a racial undertone to this? Possibly, probably amongst some. It may just be old fashioned indifference by those who are better off towards those whose situations are “messy”, regardless of skin colour.

Lack leads to higher crime in many black communities along with a myriad of other terrible social problems, fatherlessness arguably the greatest contributor (but the Left don’t like to talk about that because it is a by-product of sexual expressionism for which they see abortion as the answer).

While America is far from perfect, what better political and economic system exists anywhere in the world that provides the opportunity for disadvantaged people of any colour to be lifted into better circumstances? Communist China? Venezuela?

As people are burning down their cities, they should be careful what they wish for.

Sadly amongst black and white Christians, Sunday morning is still the most segregated time of the week in America. That needs to change.

So there are problems in America and as respected Dallas-based black pastor Bishop TD Jakes said this week, too many people give a wide berth to the suffering of others instead of being Good Samaritans who open their wallets and pour oil into wounds.

While governments can help, that is a project best executed by a citizenry whose heart bleeds for the less fortunate.

In today’s West some people are undoubtedly racist but I would argue that all of the legal superstructure of racism has been torn down thanks to the anti-slavery movement of the past 200 years and more recently the civil rights movement in the US and the anti-apartheid movement in South Africa.

America elected a black president – twice. That’s not the action of an inherently racist people.

But what of Australia where anger is also being channelled? Our elites and their mouthpiece, the taxpayer-funded ABC, assert that Australians are racists and that our society is systemically racist.

That so many of our indigenous people live in squalor beset by crime and domestic violence is terrible but it is not because we are racist.

Today’s marches are being used by the Left to make Australians feel guilty for being on Aboriginal land, the basis of their assertion of systemic racism.

Australia’s settlement was not perfect but it was better than most. Australia was always going to be settled by someone and the reality is that we are all here, from every corner of the globe.

What do the Left want? For us all to go back to where our ancestors came from and leave the indigenous people to roam the sweeping plains hunting kangaroo? Or is the agenda for us to live in subjection to an Aboriginal ruling class?

It’s unclear but there sure is a lot of anger.

It’s time for the anger and resentment about the facts of our history to subside and for us to move forward together.

Injustices of the past should be acknowledged and forgiveness should be offered and received - by both sides.

The permanent grievance industry has paralysed our nation and our public policy response to this has only made things worse for indigenous people.

Indigenous leader Warren Mundine said this week that what became known as “sit down money” has done more to entrench indigenous disadvantage than anything else. 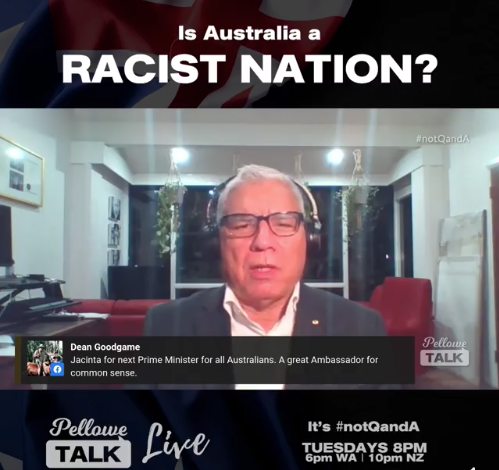 Mundine’s father and grandfather worked – they had jobs. Sit down money destroyed that along with people’s dignity.

“The majority of indigenous people who are killed by other people are killed outside of custody and usually by our own family members – those that are closest to them,” Price told an online panel discussion hosted by commentator Dave Pellowe this week.

It’s well worth watching the discussion, which is posted on Dave Pellowe’s Facebook page.

All we hear about are “black deaths in custody”.

The organisers of the Brisbane protest, the Warriors of the Aboriginal Resistance (WAR), posted on Facebook:

Who are these murderers and why have they not been brought to justice? If this was true, I’d be out on the streets, coronavirus warnings or not.