With sexual violence against women on the rise in the Pacific islands nation of Fiji, a community organisation led by a member of Parliament has been formed to fight back. 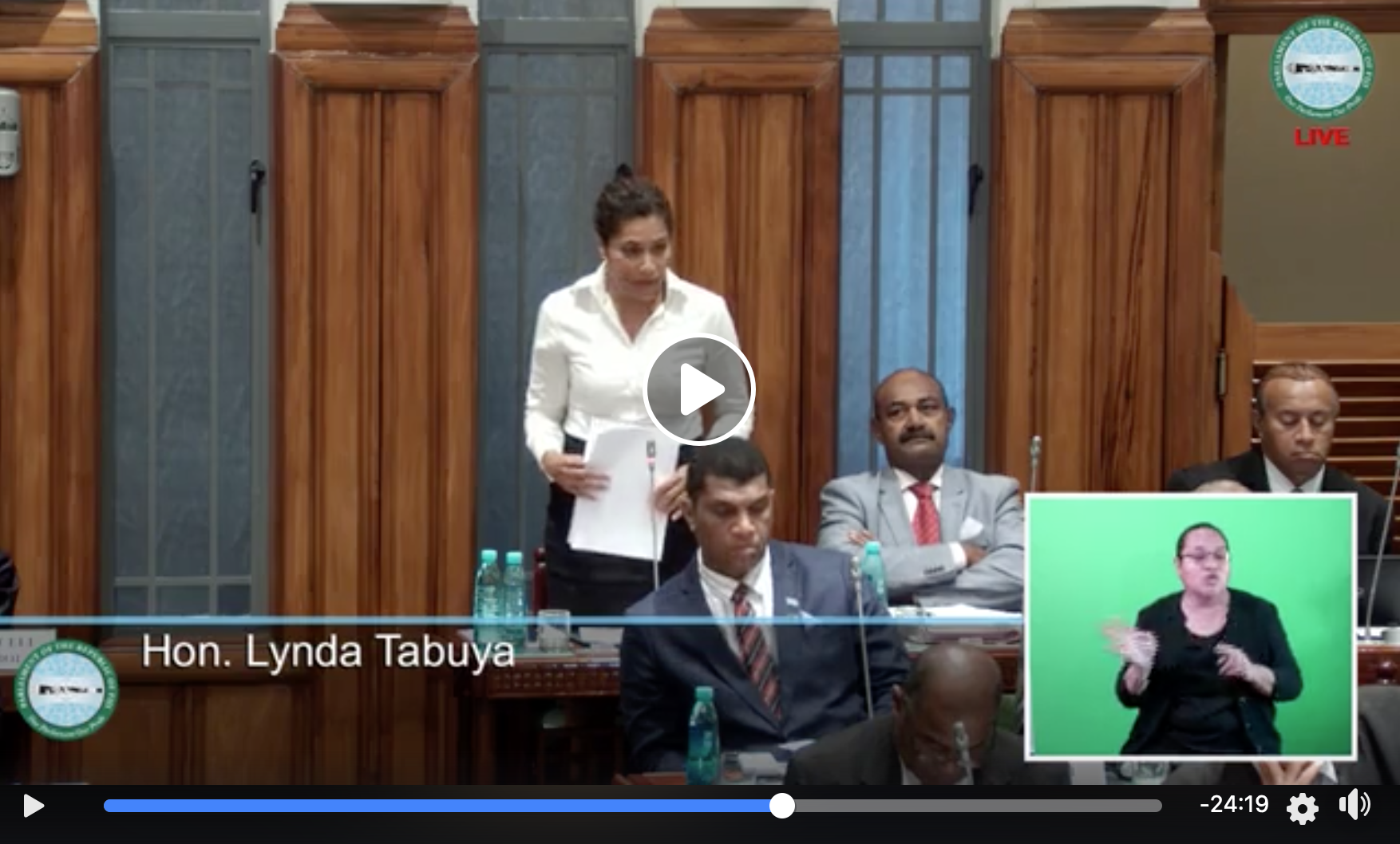 “Children exposed to pornography tend to engage in sexual acts at younger ages resulting in increased teenage pregnancy and many other emotional consequences.

“In the 94 cases of rape (heard) by the High Court in 2018, all accused were male and the youngest accused was 11 years old and the oldest at 85 years of age. All the victims and survivors of the 94 cases were female with the youngest being a six-month-old baby and the oldest survivor or victim a 71-year-old woman. The average age of the accused was 39 years of age and the average age of the victim survivors was 14 years old.” 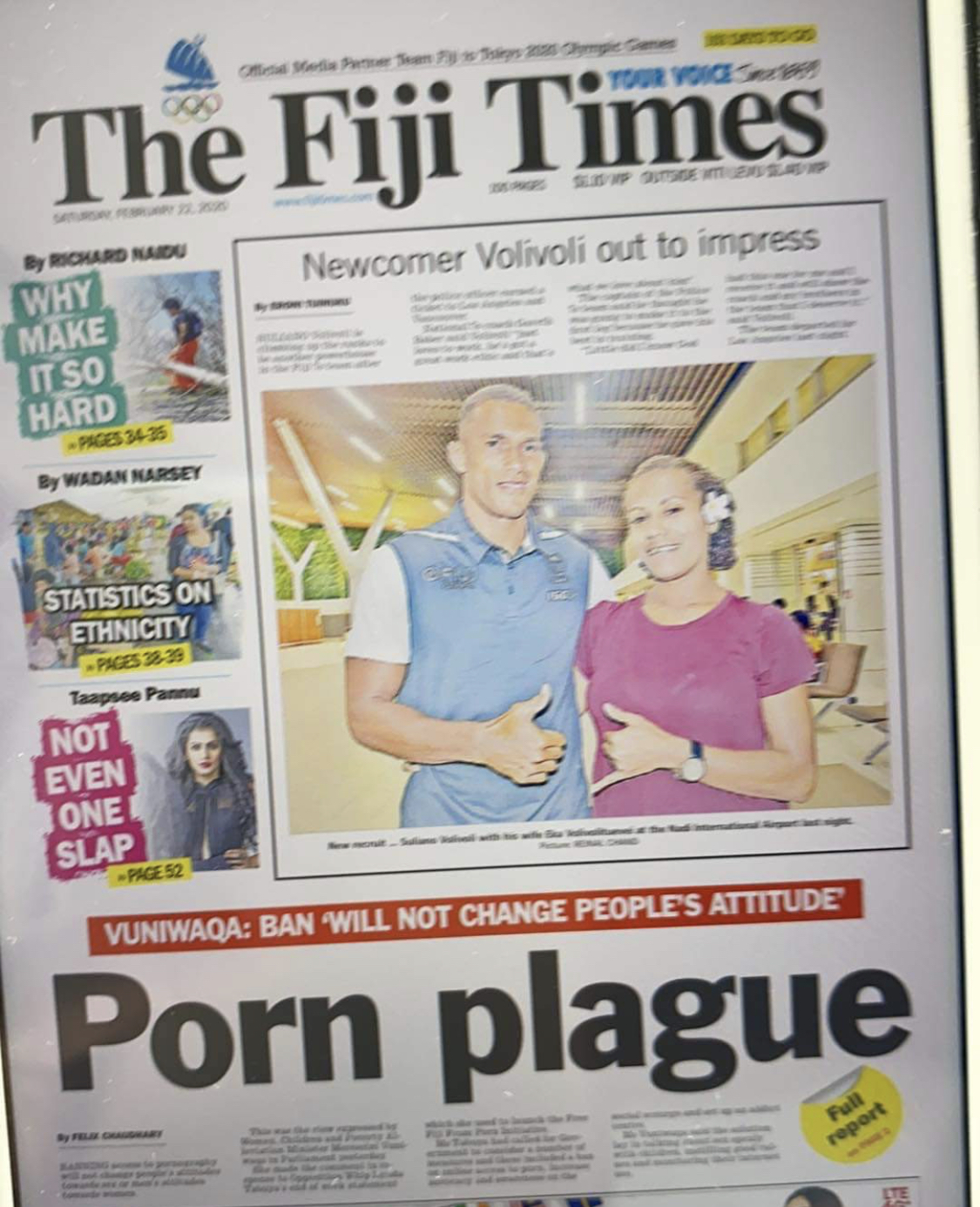 In January this year Fiji’s Department of Public Prosecutions reported that 18 people, including two juveniles, had been charged with 46 separate incidents of rape or sexual assault.

Tabuya’s party is calling for a UK style internet block to protect children online and for government and community led awareness campaigns.

“It will need the concerted effort of all the government, non-government and community leaders and parents.” 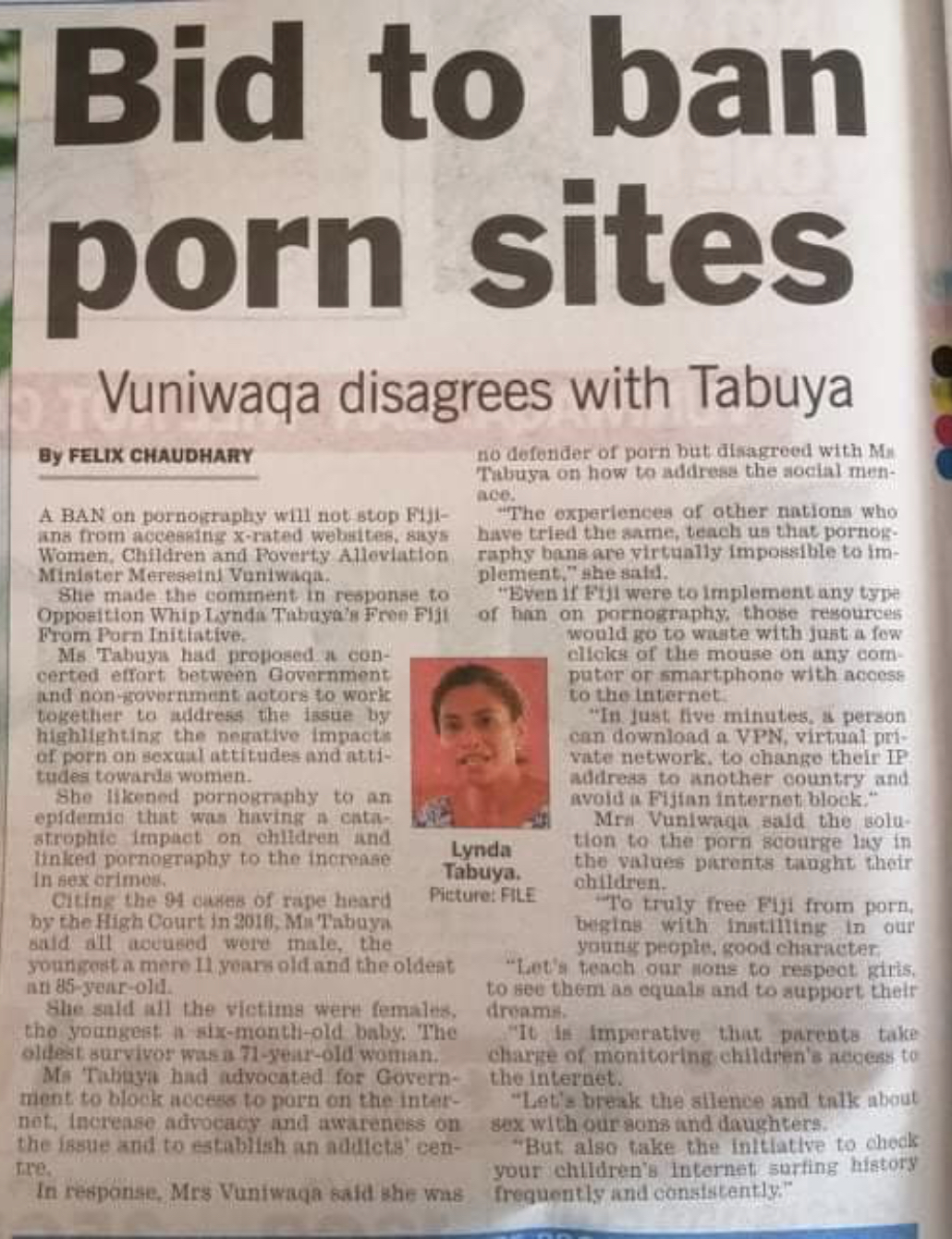 A transcript of Lynda's speech is available here.