Founded by a paedophilic mass murderer, there’s nothing to celebrate about the CCP

Founded by a paedophilic mass murderer, there’s nothing to celebrate about the CCP

As the Chinese Communist Party celebrates its centenary 11 million Australians are in lockdown because of a virus it allowed to be released to the world.

A CCP-controlled company has a 99-year lease on the Port of Darwin and another owns half of the Port of Newcastle.

The big military parades and dictator Xi Jinping’s sabre rattling are perverse given the pain this criminal outfit inflicts at home and globally.

Organ harvesting, religious persecution, bullying of weaker nations, territorial ambition over Taiwan, the theft of Hong Kong’s freedom and an increasingly coercive surveillance state make the CCP a menace to everyone.

Over 100 years it has hi-jacked an ancient culture and overlaid it with Leninist Stalinism – the evil totalitarianism from the well-spring of Marx and brutally implemented by the Russians. 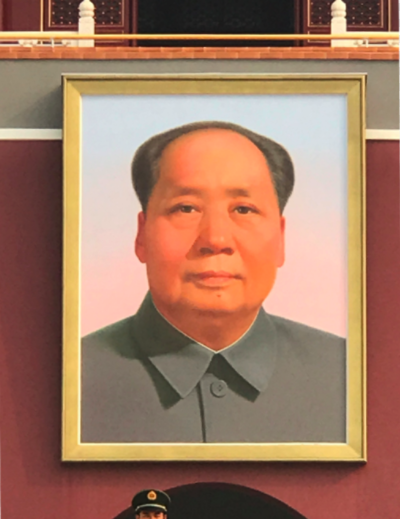 Mao Zedong’s larger-than-life portrait beamed down over the festivities in the blood-soaked Tiananmen Square, where thousands of pro-democracy students were gunned down and run over by tanks in 1998.

Mao, the founder of the CCP, murdered his way to power, caused a famine which wiped out 40-50 million Chinese and killed millions more in the late 1960s and early 1970s as part of this “cultural revolution”.

Until Covid, much of the West was under the delusion that China was not really communist and that it was heading toward more openness and possibly democracy.

Under Xi, China is closer to its Maoist roots than ever.

What country would tolerate a mass murdering paedophile as its founder?

Yet for years the West gave China a leave pass over Mao as we sought trade opportunities.

Already nuclear armed to the teeth, new satellite images emerging this week showing its arsenal expanding should send shivers down our spines.

Xi has warned the world this week that China is powerful, ambitious and we challenge it at our peril.

This despite no nation threatening China in any way.

It’s military build-up is not defensive, it is offensive with Taiwan firmly in its sights.

The Christian Democratic is deeply concerned about the CCP’s stake in the Port of Newcastle and will be pursuing this in Parliament.

There’s no greater warning of the CCP’s threat to Australia and other free nations in the region than this week’s celebrations in Beijing.

There’s actually nothing to celebrate but the delusions of dictator Xi.