The 2020 election is the Bradfield scheme’s best hope.

Watering inland Australia has been a pipe dream for decades.

For more than 80 years politicians have talked about turning the mighty North Queensland rivers inland.

Today it has been placed firmly on the agenda as a 2020 election promise by LNP Leader Deb Frecklington.

This is a bold and visionary move. 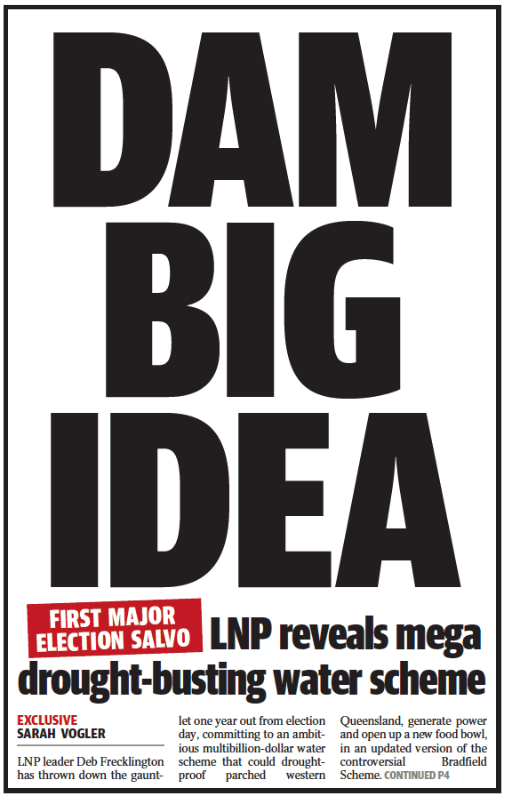 It elevates the idea from mere political football to an issue a major party has staked its future credibility upon.

It means that if the LNP is elected in October next year, the watering of the inland will begin.

The idea was first proposed by Brisbane-born engineer Dr John Bradfield, the man who built the Sydney Harbour and Story bridges. 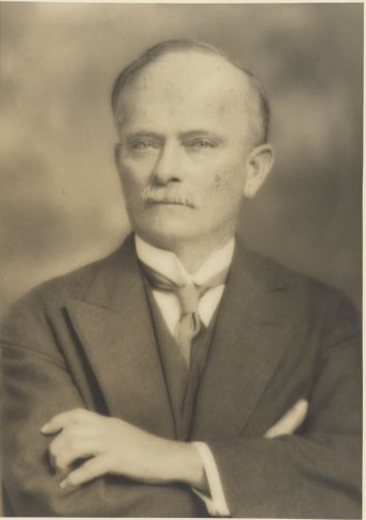 In an exclusive in the Courier Mail, the LNP Leader has outlined a modified version called the New Bradfield Scheme.

Instead of pumping water over the Great Dividing Range, the LNP plan is to build a massive dam at Hells Gate north of Charters Towers which would store water from the South Johnstone, Tully, Herbert and Burdekin rivers and allow it to be gravity fed south.

“The scheme would use water from the largest dam ever built in Queensland to create a new foodbowl on the western side of the Great Dividing Range.” 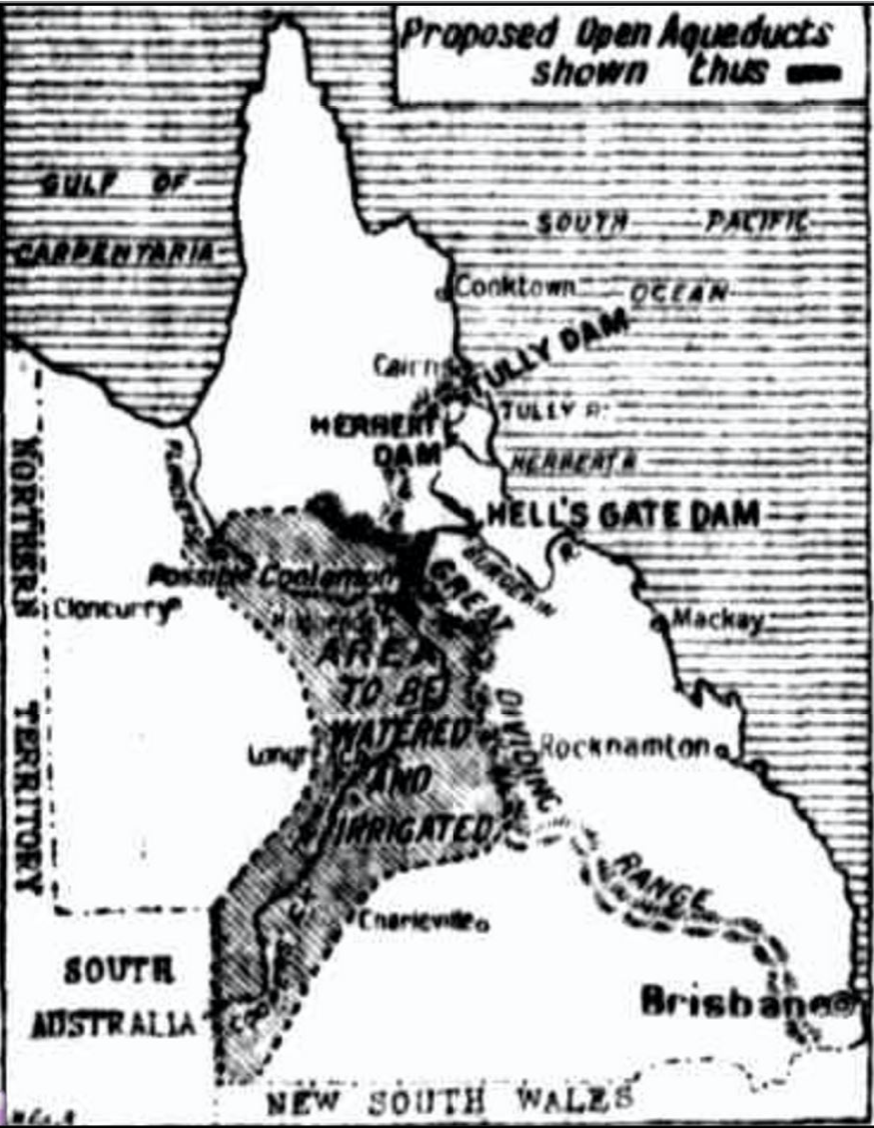 More than 80,000 square kilometres of rich, but currently dry, black soil plains from Hughenden south through Longreach could be irrigated for growing crops.

We’re talking another Darling Downs but with better water security.

With Australia’s population largely huddled in coastal metropolises, a scheme like this would open up the inland and be a boon to North and Central Queensland.

The scheme would cost an estimated $15 billion over ten years. It’s not cheap but neither is any bold multi-generational vision. 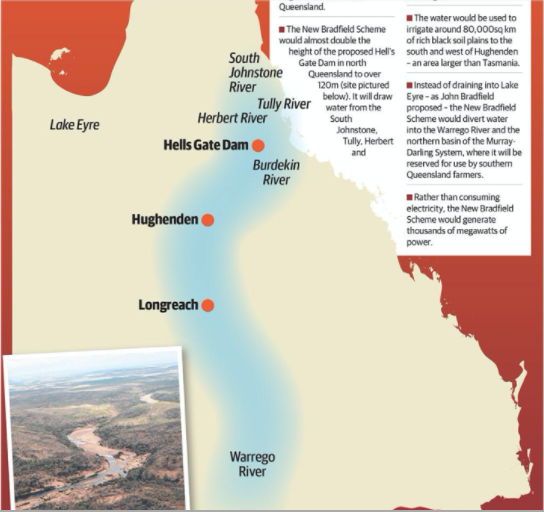 There is no doubt that Labor’s $83 billion state debt will be a significant challenge to funding the New Bradfield Scheme.

But with careful economic management, financing a long-term income-generating project such as this should be achievable.

Further studies will be needed to estimate the cost-benefit ratio but it is a no brainer to surmise that on-going agricultural production will reap wealth for the state far outweighing the initial investment.

Bradfield’s iconic bridges, built during a time of economic depression, are still in use today. He had foresight and was able to convince governments to spend up big for intergenerational benefit.

That’s rare in today’s politics which is dominated by the 24-hour news cycle and a three or four year electoral cycle.

If we get the 2020 Queensland election right, there is no reason why future generations won’t look back upon the next 12 months as the period that gave our state the necessary impetus to again build big.

Watch the knockers come out today and tell us every reason why it can’t be done.

Watch Labor and the Greens play to self-interest and try and pit south-east Queensland residents against the regions.

Watch them contrive some environmental roadblock as part of their plan to turn us all into kale chewing vegans living in caves.

Thinking people in the south-east know that mining and agriculture help us all. We’re all in this great state together and only the churlish would seek to divide us.

Meanwhile, it’s great to see a political leader and party willing to fight an election on game-changing infrastructure.