“We’ve allowed things we know in our hearts to be false to seep into the general consciousness.” – Tony Abbott

Last night I was among dispirited Christians gathered at the Club York in Sydney to hear former Prime Minister Tony Abbott launch a book - Christianity Matters in These Troubled Times.

“We just have to do our best, and as Churchill said, 'keep buggering on',” Abbott told the audience.

Many were there because former Deputy Prime Minister John Anderson had invited his influential podcast audience.

They were a thoughtful crowd, but shell-shocked by how quickly the culture has turned against them.

They were looking for answers.

The gender-fluid indoctrination of their children and grandchildren, the erasure of free speech in our universities and the unjust persecution and jailing of Cardinal George Pell were raised in the Q&A.

On the eve of an election where a Labor-Teal-Greens government might win and make it all worse, no one can believe our nation has come to this.

An expert panel of contributors to the book, edited by Catholic intellectual Dr Kevin Donnelly (pictured), did their best to give hope while giving a sober assessment of the problems. 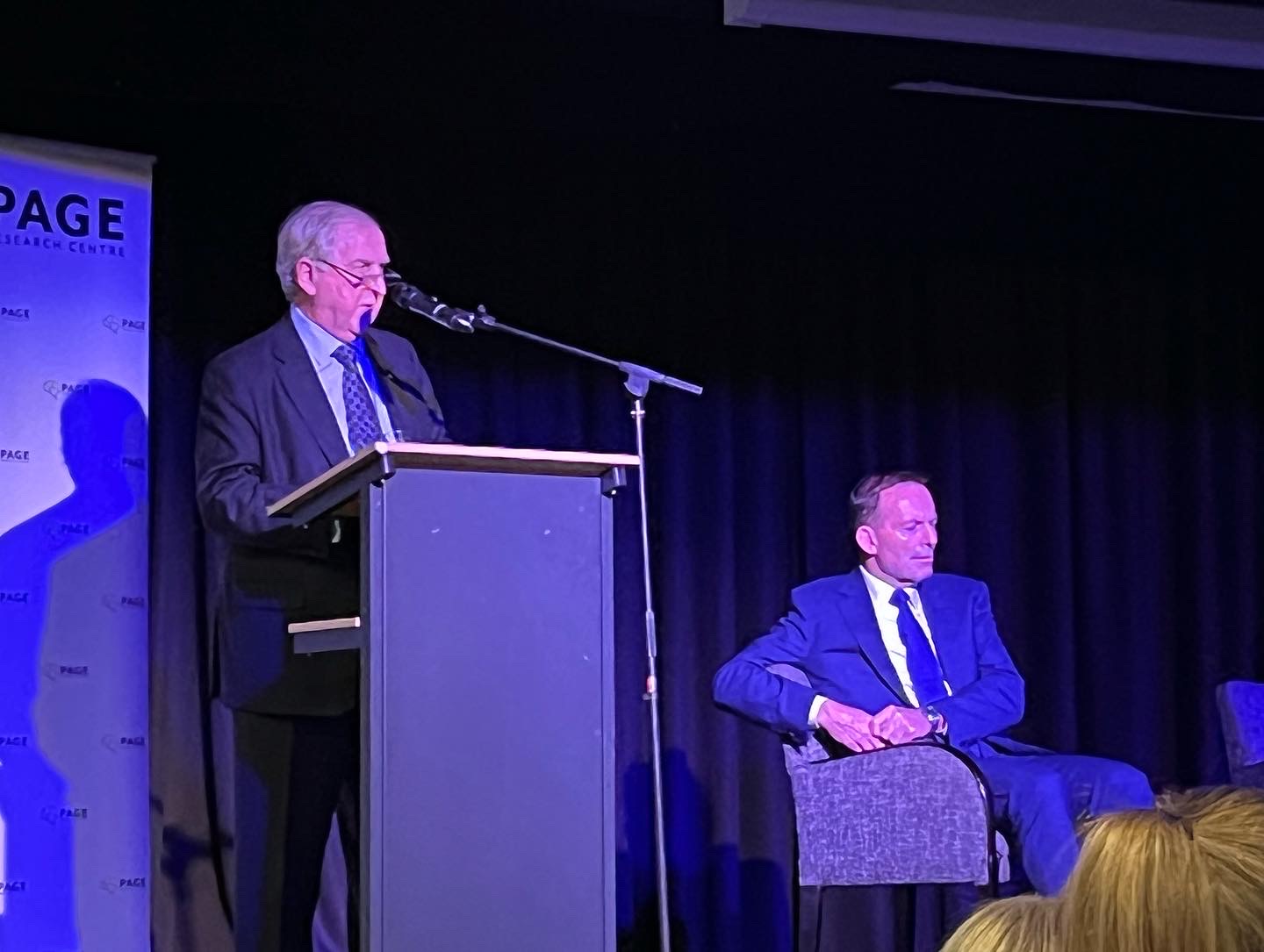 Victoria under "chairman" Daniel Andrews, Donnelly said, was ground zero with parents, counsellors and priest now facing criminal charges if they counselled a child against changing his or her gender.

The Andrews government also had legislation to strip religious schools of their freedom to uphold “the religion or the faith that school has been established to support” through employment and enrolment policies.

“The most egregious and despicable kind of this persecution is cardinal George Pell,” Donnelly said.

“The way in which the Cardinal was vilified and attacked is a scathing indictment of how low we have gone in terms of public debate and public discussion.”

Academic Dr Stephen Chavura, who wrote about the decline of our universities, said they were so biased and ideologically rigid, “robbing students of an exciting education”, that it was best to start new institutions with a focus on Christian and classical learning.

On the issue of biological males encroaching girls’ and women’s sports and private spaces, egged on by cultural Marxism in the classroom, Abbott put his finger on the problem.

“This is a political failure,” he said.

But it wasn’t just a failure of politicians to stand up, he said, defending his former profession.

“It is all the fault of all of us for not making our voices sufficiently heard. In the end in a democracy you get the government you deserve. You get the media you deserve, you get the schools you deserve. Whatever our position in life, we’ve just got to be prepared to speak our minds.

“We’ve allowed things we know in our hearts to be false to seep into the general consciousness.

“But a majority that stays silent does not remain a majority and the so-called silent majority in this country is losing its status precisely because it has been too silent for too long.”

Donnelly said the West was committing cultural suicide by cancelling Christianity in its schools and universities and Australia was following this trend.

Quoting the late philosopher Roger Scruton, he said Christians and conservatives “must rediscover what we are, what we stand for and having rediscovered it be prepared to fight for it”.

In answer to the question what can we do?, Abbott said:

“With St Paul we can fight the good fight, we can keep the faith, we can do our best to stay the course, remembering the words of Jesus: ‘I am with you always even to the end of time’.

“We can know that to fight and lose is no defeat, as long as we really have done our best.”

Christianity Matters in These Troubled Times is available from Wilkinson Publishing.