How lying for LGBTIQA+ ideology covered up rape

How lying for LGBTIQA+ ideology covered up rape

A woman was raped on a single sex ward at an unnamed hospital in Britain last year.

Compounding her trauma was the hospital and police’s refusal to believe her because woke procedure demanded they say “there was no male in the hospital”.

This of course turned out to be a lie perpetrated on behalf of LGBTIQA+ politics.

After the cover-up, it took the hospital and police 12 months to admit that the woman was indeed raped - the perpetrator a transgender “woman”.

British House of Lords parliamentarian Baroness Nicholson blew the whistle in a speech given at 1am Wednesday, London time. 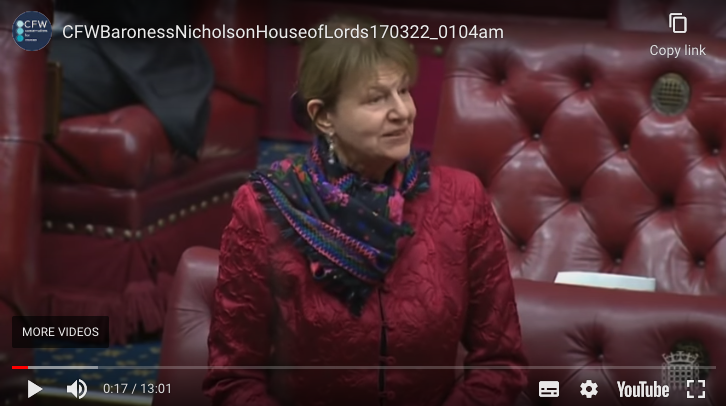 “You cannot rape if you do not have the structure of a male,” she helpfully pointed out to woke colleagues blinded by rainbow mist in their eyes.

She is calling for an amendment to the so-called Equality Act to bring “the rights of women to have their dignity, privacy and safety reaffirmed and brought back into the centre.”

She told the Parliament “those three things have disappeared”.

She was scathing of how laws had been changed without debate allowing men to appropriate women’s gender through “self-identification”.

“Self-ID … has deliberately been pushed through, almost surreptitiously, without debate in either Chamber. I think that that is scandalous.

Heart-breaking was her description of what happened to the woman, now a friend of the Baroness.

The National Health Service and police cover-up eventually fell apart because of the existence of CCTV footage and “nurses and observers”.

“During that year (of cover-up) she (the rape victim) has almost come to the edge of a nervous breakdown, because being disbelieved about being raped in hospital has been such an appalling shock,” Baroness Nicholson told Parliament.

“The hospital, with all its CCTV, has had to admit that the rape happened and that it was committed by a man. The police have therefore changed their tune and become enormously supportive and helpful, and the case is going ahead.

“The result of annexe B (of the Equality Act) is that hospital trusts inform ward sisters and nurses that if there is a male, as a trans person, in a female ward, and a female patient or anyone complains, they must be told that it is not true—there is no male there.”

This is the big lie rainbow politics forces upon us where similar laws have been passed in the woke West, including Australia, whether it is in hospitals, school toilets or girls’ sports.

“I think it is completely wrong that the National Health Service should be instructing or allowing staff to mislead patients—to tell a straightforward lie. It is not acceptable.

“The impact on my new friend is appalling.”

Anyone who thinks Baroness Nicholson is some anti-trans bigot should read her entire speech.

She touchingly relates how she once helped a constituent who had been marginalised and discriminated against after undergoing gender reassignment surgery and returning to her village.

“It was not easy socially for her and I helped on that as well,” Baroness Nicholson told Parliament.

Despite her tolerance and care, she has made it clear that women’s safety, privacy and dignity must take precedence.

This tragic rape and scandalous cover-up must serve as a wake-up call to the blind acceptance of LGBTIQA+ political demands.