I’ve just been “Fact Checked” (aka censored) by Facebook

I’ve just been “fact checked” (aka censored) by Facebook

Last week this meme was doing the rounds on Facebook. 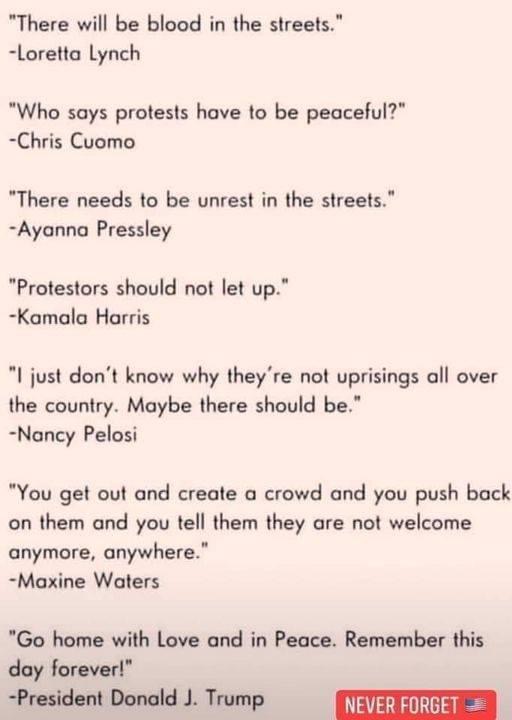 Like many others, I shared it and it reached around 15,000 people.

The status on my post with this image was: "Let’s put next week’s impeachment in context".

I did not accuse anyone of inciting violence, I simply posted a list of quotes by leading figures on the Left of politics in America.

Thinking people know that the Left made these comments against the backdrop of months rioting, looting and city burning. 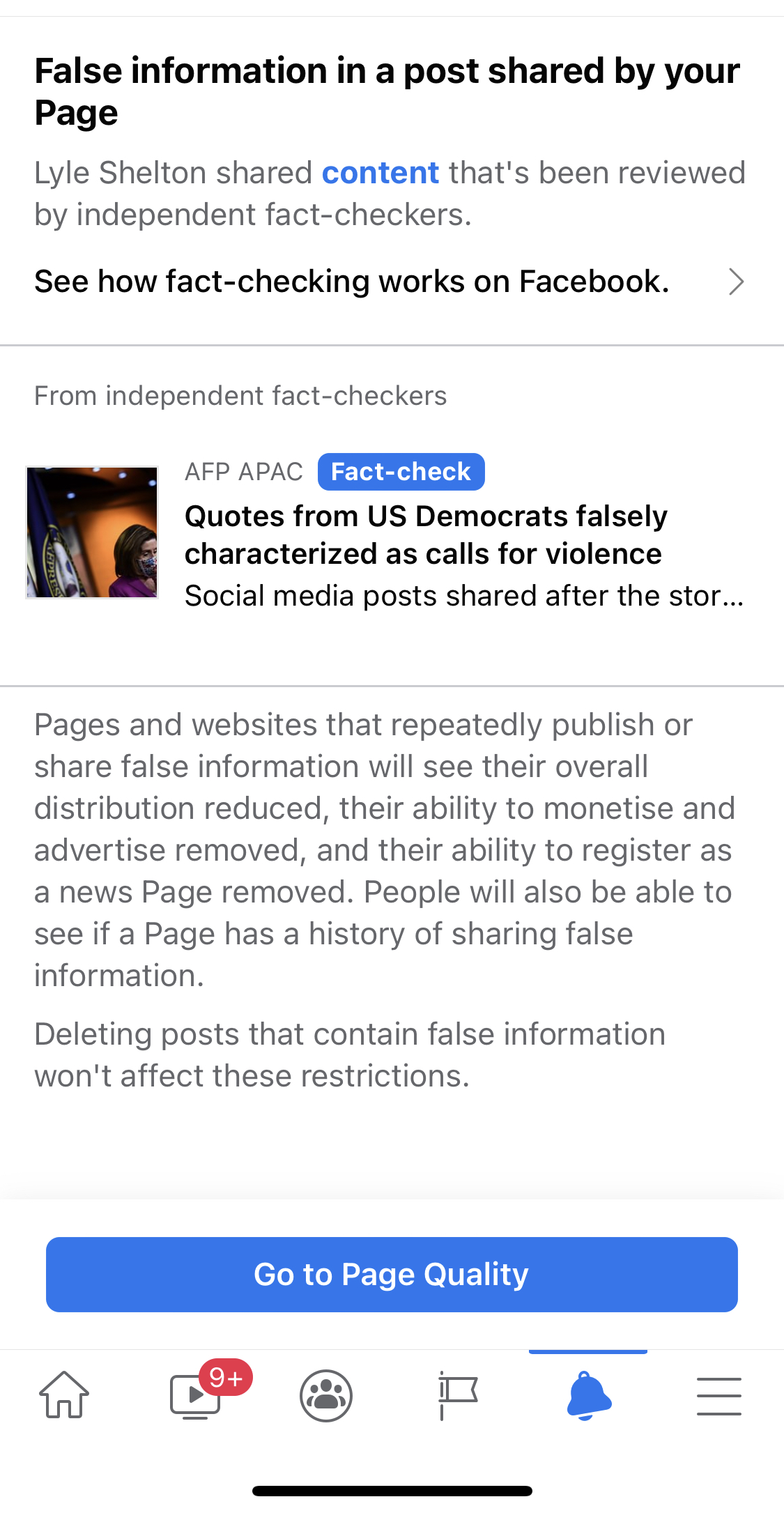 I clicked through looking for information to try and understand why I had been censored.

Social media posts shared after the storming of the US Capitol by followers of President Donald Trump combine images of prominent Democrats with pictures of burning buildings and quotes suggesting that the politicians previously incited unrest. But the full remarks which the quotes came from make clear that the Democrats were not calling for violence or vandalism.

My post contained no images, it was simply a meme of quotes.

The last sentence says "Democrats remarks have been taken out of context and that they were not calling for violence or vandalism".

But that’s the point. Neither was Trump.

Yet the left, with the help of tech billionaires Mark Zuckerberg and Jack Dorsey, have colluded with the Democrats and mainstream media to put forth one narrative: Trump incites domestic terrorism.

Forget the context of Trump’s remarks, forget that he told his people to march “peacefully”. 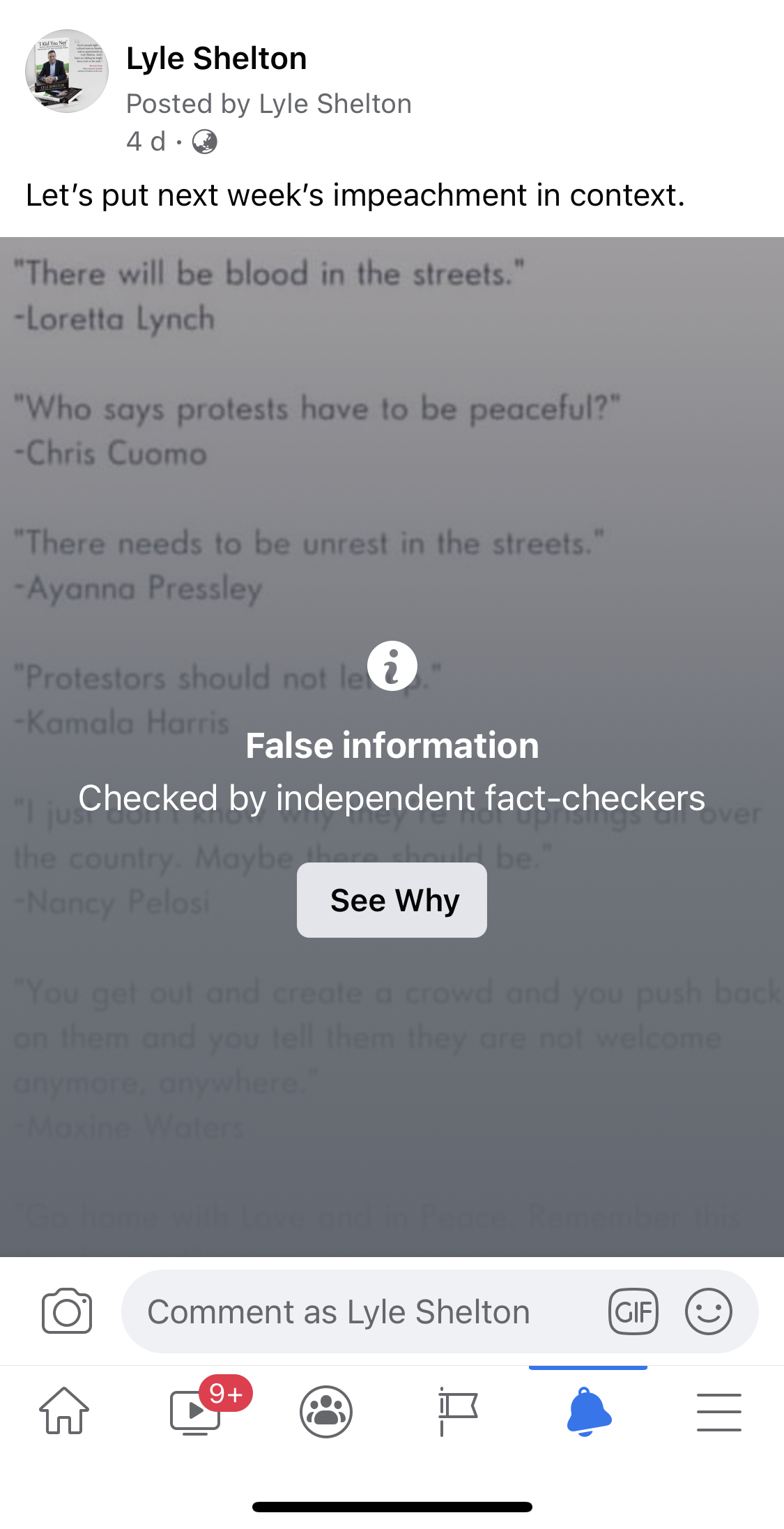 Zuckerberg, Dorsey and the mainstream media are running a protection racket for the Left's hypocrisy.

We are at a dangerous point in our society where near-monopoly tech oligarchs can manipulate freedom of speech and the public discourse in this way.

Yes, Facebook and Twitter are private companies. But they are also monopolies that have built a business model off of our reliance on them.

Coalition MPs and Senators such as George Christensen and Alex Antic are right to call for action to reign in the powers of the Tech Tyrants.

You won’t hear Labor or the Greens supporting this because it suits them to have Big Tech shut down opposing views.

That means they don’t have to do the heavy lifting of engaging in intellectual debate.

They were never very good at logic anyway.