Is a pro-life thunderclap about to hit?

Is a pro-life thunderclap about to hit?

The US Supreme Court is poised to overturn Roe v Wade.

Where to draw the line on whether an unborn human lives or dies is the dilemma today before the United States Supreme Court.

It is of course a ridiculous argument for anyone who has ever seen an ultrasound but incredulity has never stopped our elites.

Science, technology and logic is catching up with abortion which was smuggled in under superstitious 1960s “blob of foetal tissue” rhetoric. 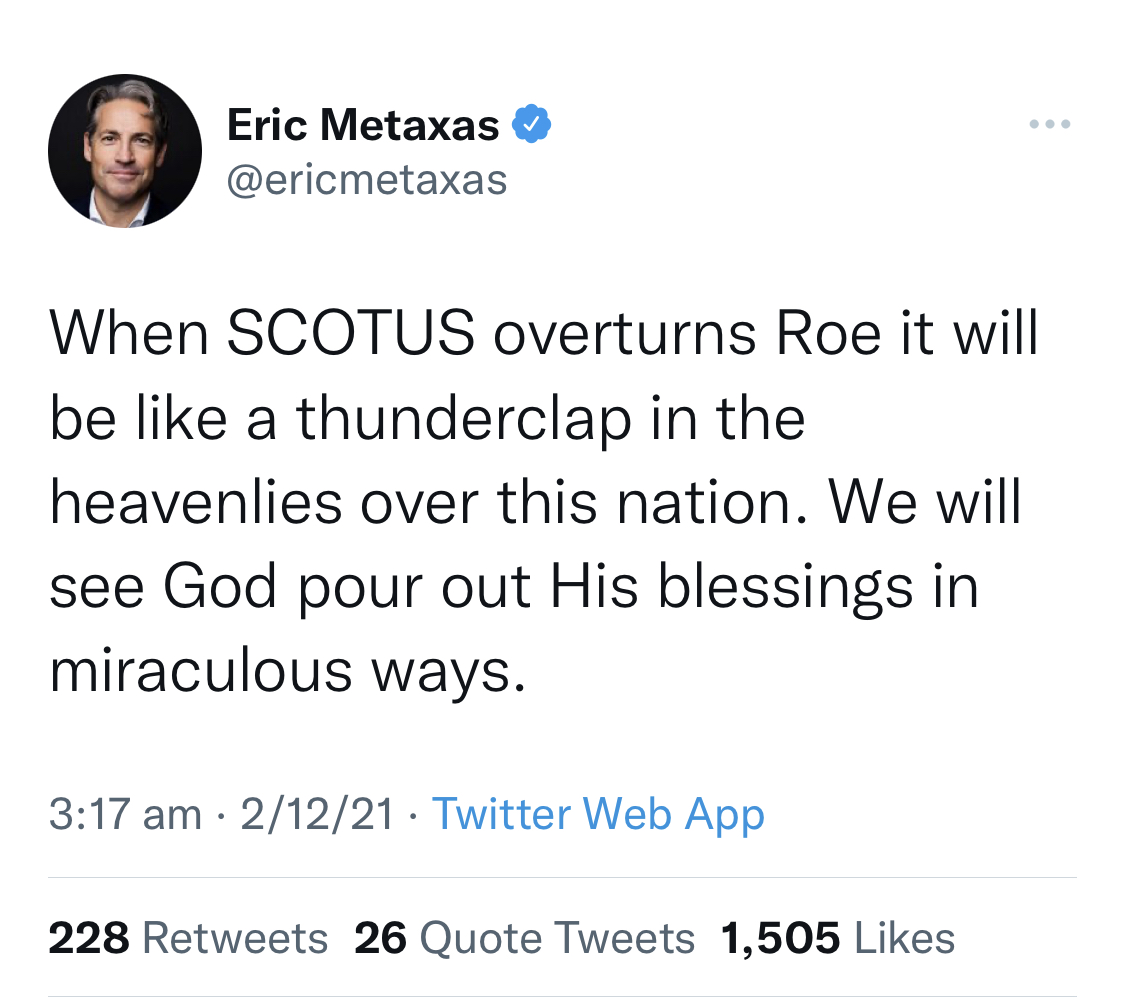 This is the first time since the 1973 Roe v Wade decision, when the court-imposed abortion on all US states, that the matter has come for potential overturning.

Following appointments to the court by former President Donald Trump, there is now a six-three pro-life majority and it is widely anticipated that Roe v Wade may be struck down.

This would re-democratise the issue, pushing abortion policy decisions back to elected people in state legislatures, something that could see up to 20 states pass laws to restore protections to unborn humans.

This terrifies the abortion industry, its political lobbyists, cultural elites and the mainstream media.

President Joe Biden, who claims to be a Catholic, has re-stated his support for the killing of unborn babies.

The radical left and the libertarian right are finding it hard to mount cogent arguments – something they have assumed was settled policy.

Here’s a sample of the reporting in the New York Times chronicling the fears of two of the pro-abortion justices.

Justice Sotomayor asked whether the court would “survive the stench” of being considered a political institution, a point echoed by Justice Kagan.

Completely lost on them, and the New York Times, is the fact that the 1973 decision to override the democratic decisions of US states was of course political in the first place.

It goes to elites’ arrogance that an overturning of Roe would be uniquely “political”.

The Australian’s US correspondent Adam Creighton was outside the court and spoke to a woman who could easily have been aborted.

“I have a history of abortion in my family; I had a sibling who died by it,” Krista Corbello, 29, from Los Angeles, told The Australian from outside the court, as millions of Americans listened live to the sometimes complicated debate about precedent and the constitution taking place inside.

“My parents were immigrants, they were ‘abortion vulnerable’; they tried to coerce my mum into having an abortion but she chose not to for me, so I owe my life to her,” Ms Corbello added.

The court hearing was triggered by a Mississippi state law protecting unborn babies up to 15 weeks – long past the time when most parents are SMSing pictures and video of their moving, living unborn child.

Dobbs v Jackson Women’s Health Organisation is the name of the case.

Unlike most Australian states which have in recent years passed abortion-to-birth laws, abortion is illegal past 24 weeks.

But the US has progressively been moving pro-life. The state of Texas recently passed a “heartbeat law”, protecting babies once their heartbeat is detectable – as early as three or four weeks after conception.

Debate before the Supreme Court of the United States (SCOTUS) will continue but the nine justices won’t release their written verdicts until June or July next year.

Christian author and public intellectual Eric Metaxas tweeted: “When SCOTUS overturns Roe it will be like a thunderclap in the heavenlies over this nation. We will see God pour out his blessings in miraculous ways”.

If Roe is overturned, the thunderclap will reverberate across the globe including here in the Antipodes.