Is the rightful rage against rape culture missing the obvious?

Is the rightful rage against rape culture missing the obvious?

I’m writing this on a Qantas flight 42,440 feet above our wide brown land.

A hostess (yes, I know that’s a tell I believe gender is binary – sorry Alan) noticed me reading a news article about the Christian Porter rape claim.

She leaned over and opined that action should be taken against him.

I protested that whilst I had every sympathy for the victim, we couldn’t simply trash “innocent until proven guilty” every time compelling allegations were made.

Our justice system was designed this way, even if it meant someone as guilty as sin occasionally got away with it.

Without the rules of evidence, no-one was safe, I protested.

She pushed back saying there should be an investigation, even though the police had said there was nothing more to investigate. (I hope the South Australian coroner conducts an inquest).

We had quite an animated but civil discussion.

The deadlock was broken when I said there was a deeper issue feeding into the tragedy of rape culture in our nation. 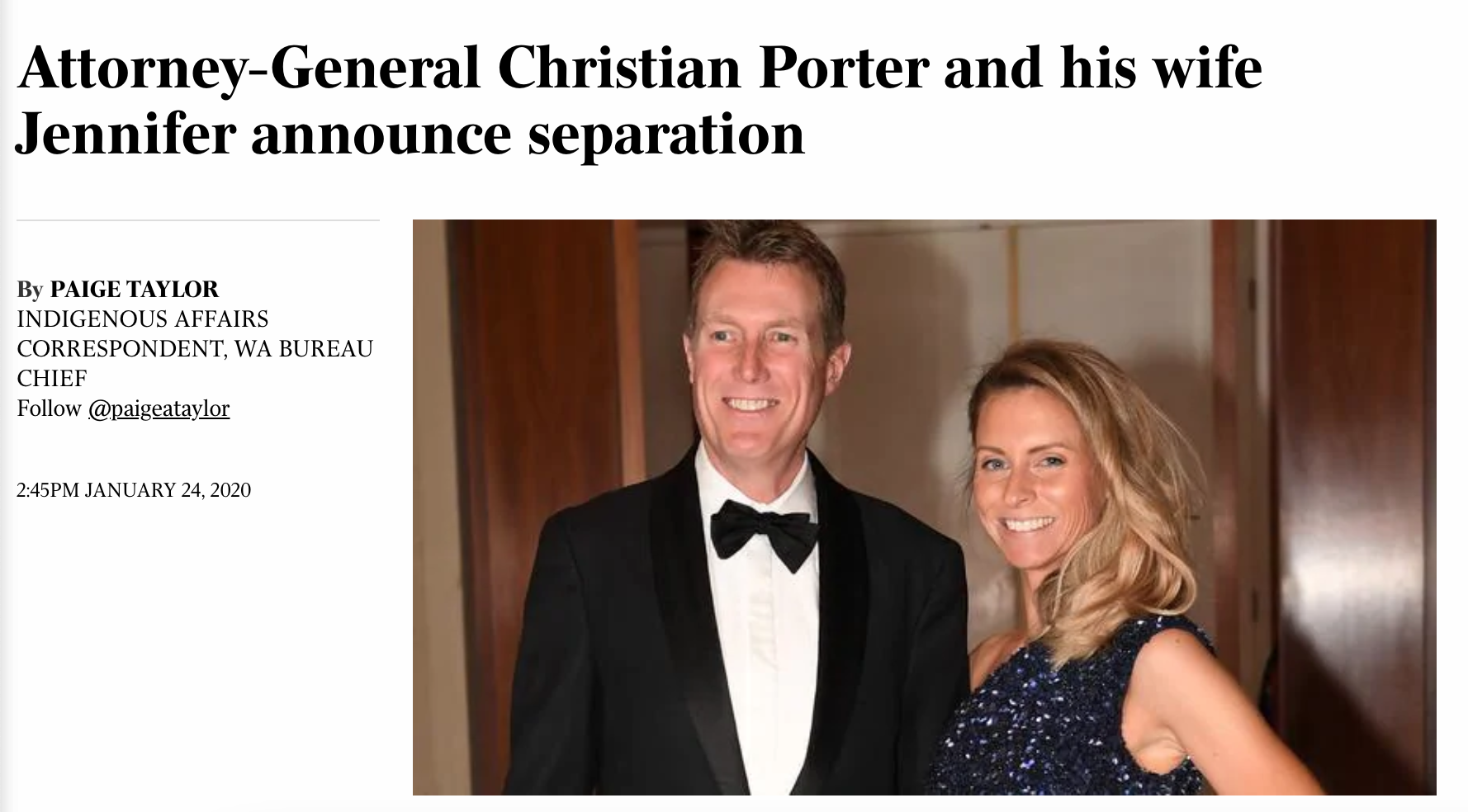 Prefacing “I know this will sound old fashioned”, I said “men who could not keep vows to their wife and mother of their children should not be allowed to serve in the Cabinet that governs our nation”.

“That’s not old fashioned at all”.

I was taken aback.

Now I’m not sure how practical my thought bubble expressed out loud is, but the point I was making, and which found agreement with my hostess interlocutor, was that character matters for people who hold positions of high office.

By this time another hostess (yes, she was a woman, not a gender-neutral free spirit) suggested we tone it down.

This interaction got me thinking further about the events of the past few weeks.

Whether it’s Brittany Higgins, the young woman raped on the couch in a Parliament House ministerial office just down the hall from the PM’s, or Kathy Sherriff, the woman who accuses Bill Shorten of raping her (no witch hunt here) at a young Labor retreat - sexual abuse of women is out of control.

I’m not saying these are the only things, just as petrol is not the only ingredient in a fire.

Yes, more should and must be done to make sure men who rape women don’t get away with it.

More support is needed for women who are abused so that they can come forward with confidence and get justice.

But trashing the rules of evidence and conducting trial by media like a Medieval baying mob is not the answer.

George Pell spent more than 400 days in jail for a crime he did not commit in large part because the media, led by the taxpayer-funded ABC, threw out the principles of natural justice.

Those, like me, who are angry at men getting away with raping women would do better to have our culture take a look in the mirror.

We can’t say it is okay for a man to leave his wife and children and run off with a younger woman because the sexual revolution tells us marriage and family are no longer important.

Hypocritically weaponizing rape against the conservative side of politics (poor Scott Morrison is on a hiding to nothing while Kathy Sherriff cries in the wilderness) does not serve the victims when we are not addressing some of the key underlying drivers of rape culture.

But politicians know that advocating for fidelity in marriage and the natural family is a perilous path to tread.

But if the media pack baying for Porter’s blood and Morrison’s political scalp took more notice of those who advocate for “family values” instead of lampooning them, there would be fewer Britney Higgins and Kathy Sherriffs.