Most abortions now banned in Texas

Most abortions now banned in Texas

A law protecting an unborn baby’s life once her or his heartbeat is detected came into effect in Texas overnight.

Anyone caught performing or facilitating the killing of an unborn baby with a heartbeat can now be prosecuted.

This is an incredible step forward in protecting women from the harm and coercion that so often accompanies abortion along with providing human rights for more of our most vulnerable.

Sadly it does not cover the killing of unborn babies prior to six weeks using the poison pill combination drugs in RU-486, which account for around 40 per cent of abortions in the US.

After passing the Texas legislature, Governor Greg Abbott signed it into law last May but it only came into effect last night when the US Supreme Court declined to block it.

The left-wing Guardian newspaper called it the most extreme abortion law in the US and published a photo of protestors holding signs depicting bloody coat hangers, perpetuating the myth that that’s how women will kill their unborn babies because of this law. 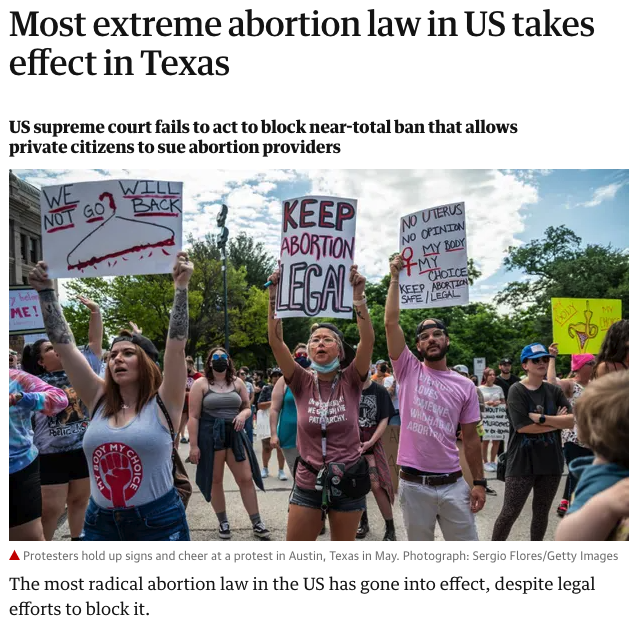 David Daleiden, whose undercover citizen journalism in 2015 exposed Planned Parenthood’s illegal selling of baby parts said restraining the abortion industry from abortions “when the baby’s heart is beating is our common-sense moral imperative”. 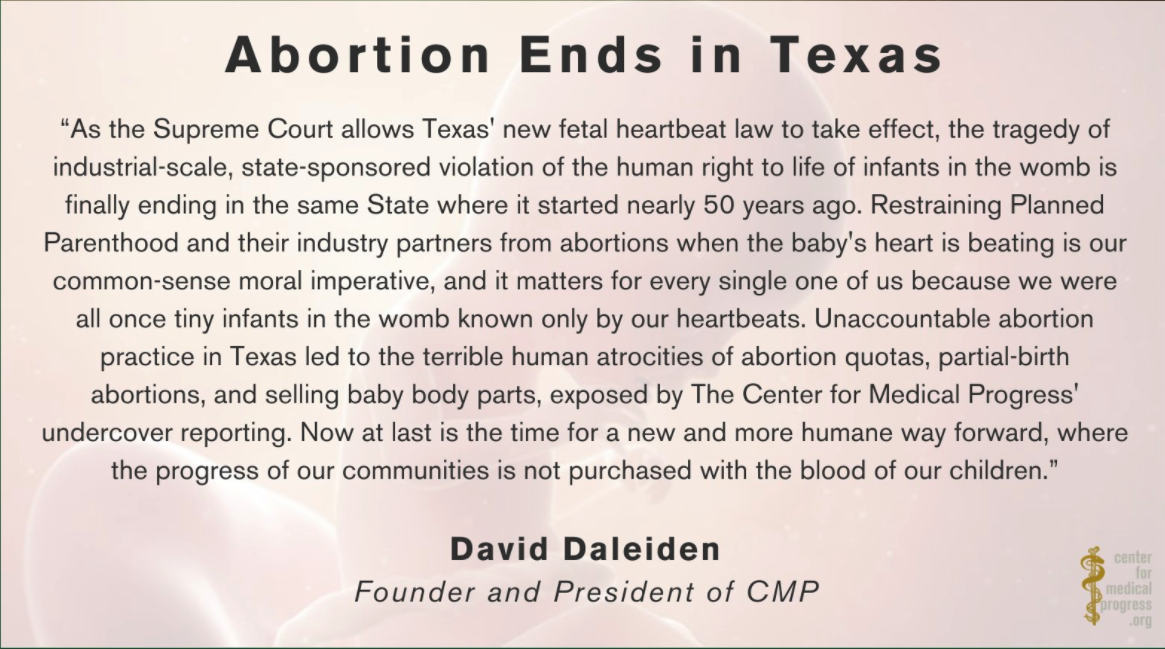 “Now at last is the time for a new and more humane way forward, where the progress of our communities is not purchased with the blood of our children,” Daleiden wrote on Twitter.

Lila Rose of Live Action said: “Abortion advocates are hysterical today because they know they are losing their grip on this country. More people are waking up and seeing abortion for the violence & cruelty it is. We demand justice. Life is a human right & we won’t stop fighting until every child is protected”.

The Christian Democratic Party is the only pro-life party in Australia with parliamentary representation.

Despite recent abortion-to-birth bills being passed in several Australian parliaments in recent years, we will never give up the fight for mothers and their unborn children.

While Texas is moving to protect unborn children, abortion is sadly on the rise in Australia according to research out this week.

Please pray that Australians will again fall in love with the unborn and be motivated by compassion for their mothers.