Reflections on what just happened

Where to now for conservatives?

Against all odds and against almost all predictions, Scott Morrison defeated Bill Shorten.

The looks on the ABC television presenters’ faces last night said it all. It was like Bob Hawke had died all over again.

We’ve had a quiet Trumpian moment in true Australian style.

Clive Palmer, a self-styled Trump of the antipodes, failed to buy himself a Senate seat. Australians did not buy him.

We’ve begun draining the swamp but instead of a narcissist with a womanising past, our disrupter is a daggy dad who loves the wife of his youth and goes to a Pentecostal church.

The Liberal-National Coalition will now form government in Canberra for the next three years.

Shorten’s rainbow-green-left agenda was the most radical ever taken to the Australian people. 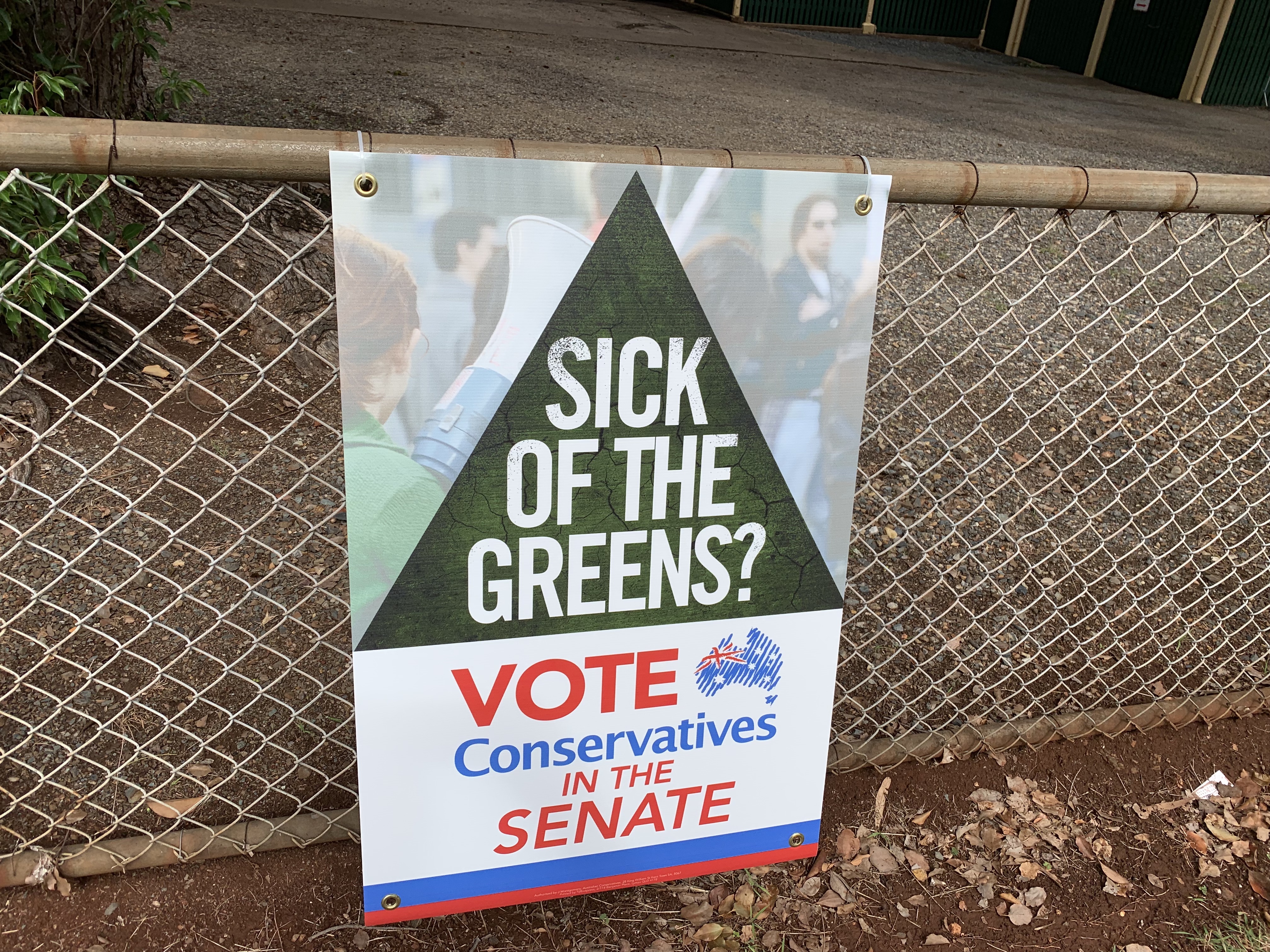 But it is only a reprieve and we must not go back to sleep.

Anyone who thinks the forces behind the cultural Marxist ideas which animate the rainbow-green-left (which includes some in the Liberal party and many more so-called “conservatives” who just go with the flow) have gone away, are mistaken.

Now is the time to take a breather, re-group and make sure we are better prepared for when the rainbow-green-left make their inevitable return to power.

They never rest and they claimed a big scalp through the Get-Up Candidate Zali Steggle in her defeat of Tony Abbott.

Despite this, God has been merciful to our nation at a time when we do not deserve it.

We have been silent and in doing so have been complicit with much evil that has gathered momentum in recent decades.

We are in a long battle that has not ended with the election of a good man.

So what of the Australian Conservatives? Many of you know this is the party for which I stood as a Senate candidate in Queensland.

Sadly, we have not done well, it was not our time.

We were formed by the courageous and principled South Australian Senator, Cory Bernardi, at a time when the Liberals and Nationals were drifting hopelessly to the rainbow-green-left under Malcolm Turnbull.

Scott Morrison rightly began steering the Liberals back to the sensible centre and attracted many conservatives and Christians back to the fold, in spite of the self-proclaimed Black Hand group that lives within Morrison’s ranks.

Having achieved the miraculous, Morrison will now have the gift of enormous moral authority within his party. The Black Hand of green-rainbow-left “moderates” in the Liberals will not be so bold any time soon. But they are not gone, they just fade away until their next opportune time.

I feel incredibly proud to have been part of the Conservatives’ efforts at this election. 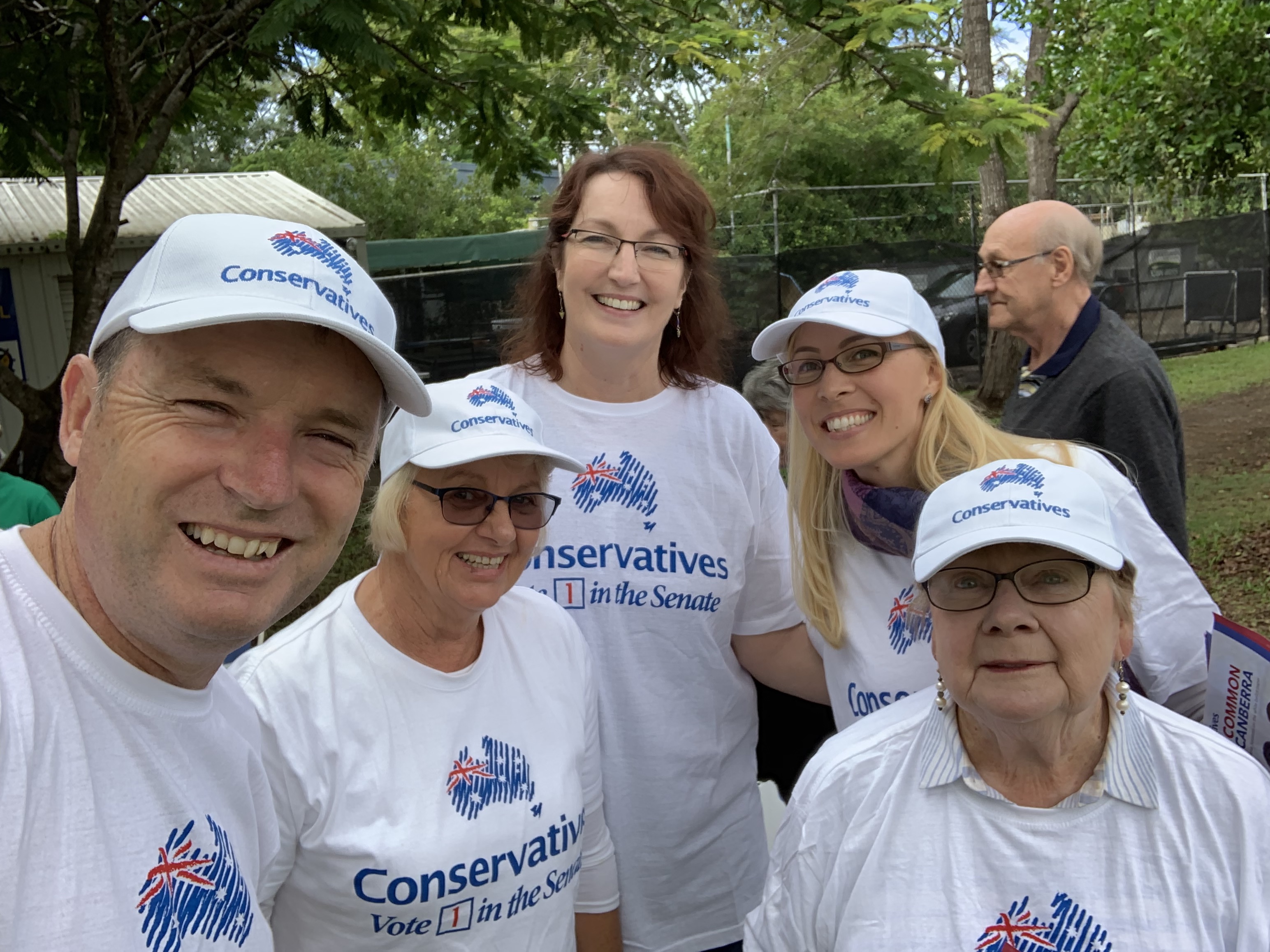 I know our presence has helped put pressure on the Liberals and Nationals to return to their Menzian and Howard-era roots.

Ironically, our influence may have contributed to our poor electoral showing.

I want to say to all our supporters, volunteers and donors – thankyou! By being in the fight, you have made a positive contribution to our nation. It has not been in vain.

I particularly want to thank everyone who volunteered and donated to the Queensland Senate campaign which I had the privilege of leading along with two brilliant conservative women, Joanna Lindgren and North Queensland’s Kate Horan.

An army of almost 1000 Queensland volunteers stood at pre-poll and election day polling places handing out our how to vote cards. Thankyou!

Thankyou to the electorate captains who coordinated this massive effort.

Small and large donors contributed to a campaign-spend of more than $300,000. Thankyou one and all!

From Cairns to Coolangatta, from Longreach to Charleville, I have met so many committed conservatives who care about this nation. You are not haters, bigots or deniers. You are the last remaining pillars – not pariahs - of this great nation.

It’s been a privilege to be in the arena with you.

I don’t know what’s next for me. But I do know the political and cultural war against Western Civilisation and its Christian foundations is far from over.

What we do now to prepare our young people and strengthen our families, churches and institutions will determine whether or not we weather the next storm.

But for a short moment, we have won a breather. That is welcome.