SA election: Christian pro-family parties in with a chance

SA election: Christian pro-family parties in with a chance

The Liberals should have thought about this before they backed abortion-to-birth laws.

This is irritating the Liberals in particular who fear Family First’s preferencing against them in two key seats could cost government.

The Liberals should have thought about this before they promoted abortion-to-birth laws, normally something the green-Labor-Left promote.

The Australian reports that Family First’s preferencing of pro-life Labor MPs in the seats of King and Newland “is of huge benefit to the ALP”.

Newland is the state’s most marginal seat, held by backbencher Richard Harvey with a 0.1 per cent margin, and King is held by Paula Luethen with a 0.6 per cent margin, meaning a change of just a few hundred votes could see both MPs turfed out. 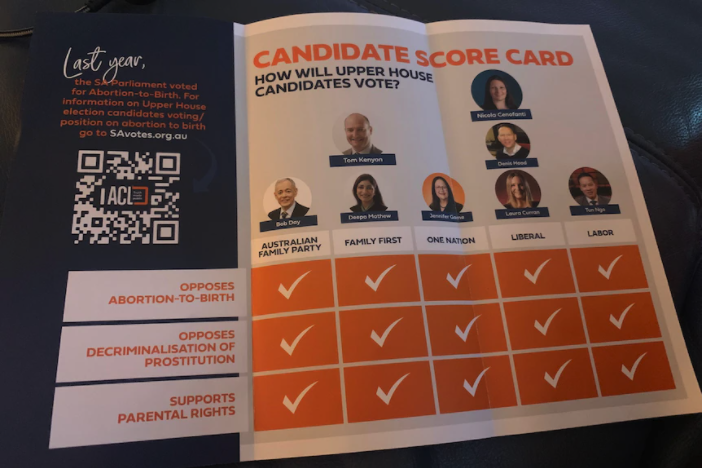 Success on Saturday for the re-launched Family First and Bob Day’s Australian Family Party will encourage Christians and conservatives who have been without an effective political party since.