Spend the money protecting the vulnerable and open up

Spend the money protecting the vulnerable and open up

INSTEAD of throwing $4 billion of yet more borrowed money at an emergency assistance package, wouldn’t it have been better to avoid the damage by not locking down while directing a lesser amount of money into protecting the remaining vulnerable?

As one of six million in the greater Sydney region trapped in indefinite lockdown, questions like this run through the mind. 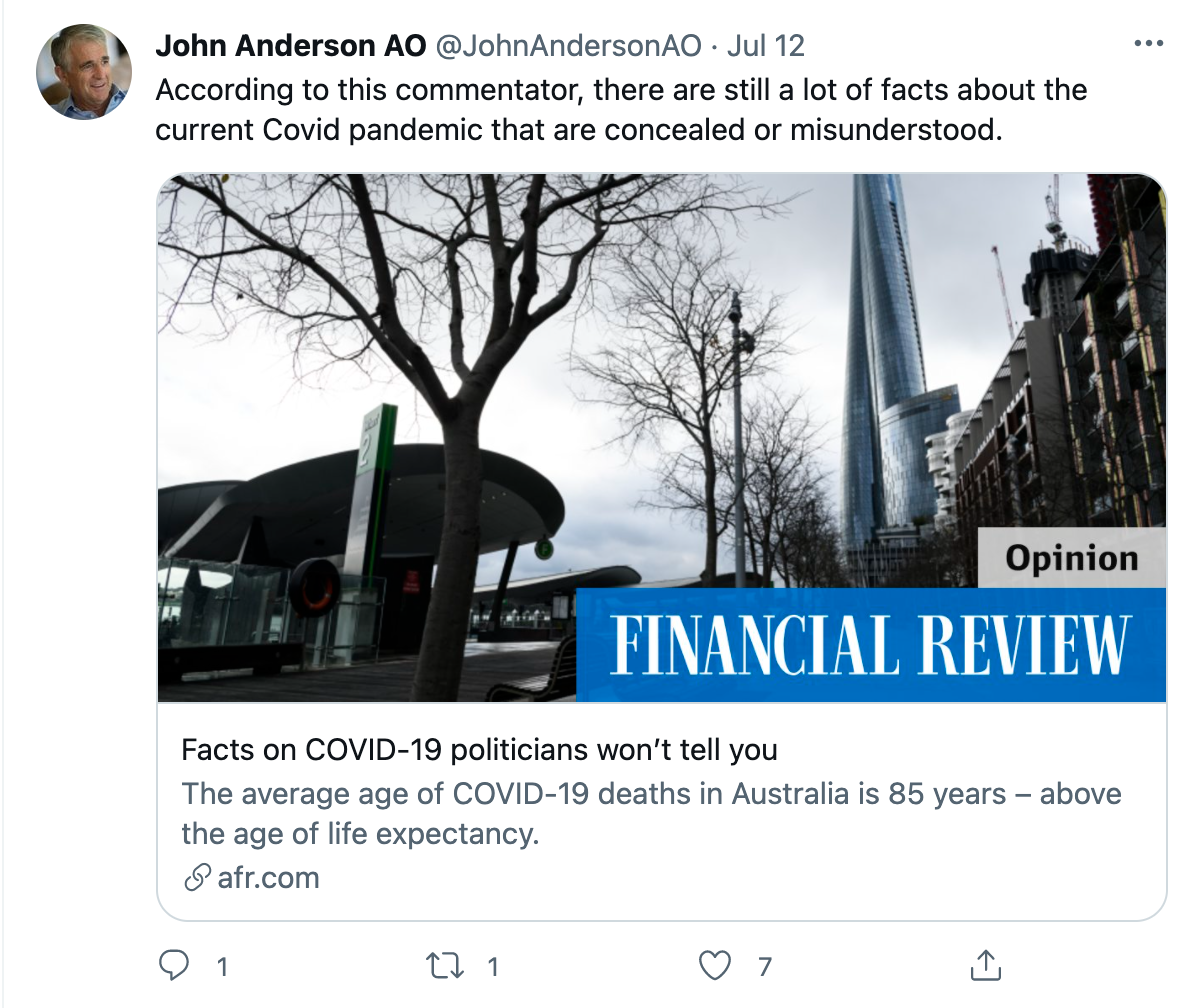 Some states in the US have lower vaccination rates than Australia yet they are living with the virus and their health systems are not being overwhelmed.

What is the evidence that ours will be if we lift the lockdown?

Surely we are at the point now where almost all of our vulnerable people are vaccinated or within facilities where protocols are maximised to protect them.

That means there is right now little risk of death and hospitalisation on a scale that would be unacceptable under any reasonable risk profile.

At some point very soon we are going to have to let the virus run in the community.

A significant proportion of our population who decline to be vaccinated are going to get Covid. Why not put the resources being spent now propping up stressed businesses and workers into bolstering hospital capacity for that eventuality?

Surely that would be cheaper as most of the unvaccinated will be people under the age of 60? Has anyone costed alternatives to expensive lockdowns?

More people are dying from suicide in Australia right now than Covid.

The highly infectious Delta variant is ripping through the UK but all restrictions are being lifted on July 19, dubbed “freedom day”.

Sure, their high vaccination rate is most likely helping keep hospitalisations and deaths low, but the UK still has millions of people unvaccinated and their much-loved National Health Service is doing fine.

The frightening assertions that lifting the Sydney lockdown would overwhelm our hospitals don’t seem to stack up given what we can observe in comparable countries overseas.

Even so, wouldn’t it have been better to let hospitalisation numbers drive our pandemic response, rather than case numbers being the trigger on the lockdown button?

Much has been made of the fact that there are a high number of under 60s hospitalised in the current Sydney outbreak, including some teenagers.

It took days for the Chief Health Officer Kerry Chant to be able to answer questions about whether or not these younger people had co-morbidities.

Today she vaguely said they didn’t but provided no detail.

We still don’t know if the 70 year-old who died yesterday was vaccinated or not. Chant said she couldn’t say at this stage because she was respecting the family at this time of grief.

Most families would not object to this information about a relative being provided in the public interest. It’s not as if their name or address is being released.

The lack of detail being tolerated is breathtaking.

And if so many under 60s are being hospitalised in Sydney, where is the analysis about why Covid is suddenly gripping the fit and healthy young?

Since the pandemic began it has been extremely rare for young people to be hospitalised and die from Covid.

The average age of death in Australia from Covid is around 85, higher than average life expectancy in this country.

I’m not saying for one moment that the deaths of older people don’t matter – they do. I have parents and parents-in-law in their 70s and 80s – all are fit and well and, in all likelihood, have many good years ahead of them. I don’t want them to die of Covid.

The evidence here and abroad is that vaccination has all but stopped the hospitalisation and death of vulnerable old people.

But the Morrison Government’s advertisement featuring a young woman on a ventilator gasping for breath seems incongruous with the reality of Covid and designed to give legitimacy to a lockdown whose need is questionable.

People like her dying like that are statistical outliers, probably in the same statistical realm as someone dying of a blood clot from AstraZeneca – less than one in one million.

The risk of allowing the highly contagious but seemingly less dangerous Delta variant to run in the community seems much lower than the overall harms to the community caused by the lockdown.

If unvaccinated people are worried about catching Covid, direct government support to keeping them safe until they have the chance to receive a vaccine.

That would be cheaper and cause less deaths than locking down.

We should keep offering the vaccines to everyone who wants one while at the same time keeping society open.

People have the choice of taking their chances with an experimental vaccine or of catching Covid and dying like the woman in the Morrison Government’s ad.

The cost of redoubling our efforts to protect the vulnerable verses the cost, both now and to our kids who will pay the debt, makes opening up a no brainer.