Why is Defence trying to bankrupt this Iraq veteran?

Bernard Gaynor is the Army’s Israel Folau without the multi-million pay-out.

Bernard Gaynor has become a friend of mine in the past couple of years.

He is not as famous as Israel Folau but he has been treated in much the same way by a powerful employer for his Christian views marriage and family. 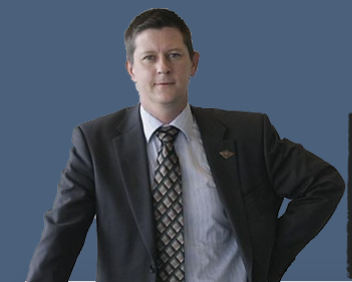 An Iraq veteran and Army Major, Gaynor was kicked out of the Army when he challenged a Defence directive that allowed soldiers to march in uniform at the Sydney gay and lesbian mardi gras.

Defence would not allow pro-life soldiers to wear the “little feet” lapel pin on their uniform at a pro-life event, but supporting political campaigns for de-gendering marriage and gender fluidity in schools is fine apparently.

Gaynor challenged his dismissal and won in the Federal Court but this was later overturned on appeal.

The High Court then refused to hear his appeal.

That was two years ago but now, for some unknown reason out of the blue, Defence has taken the extraordinary step of seeking more than $700,000 in costs against Gaynor.

He has no money.

Having already lost everything in legal fees both against Defence and defending himself against vexatious litigation by gay activist Gary Burns, Gaynor and his family will almost certainly be made bankrupt.

At a time when Defence is under fire for its poor treatment of veterans, it is going to extraordinary lengths to crush Gaynor.

Folau was famous, Gaynor less so.

For several years while fighting these legal battles, donations from ordinary Australians who have followed his blog have kept him sustained and, along with losing his house, have helped pay the legal bills and keep the wolf from the door.

I have reproduced his latest email below, if you would like to understand more.

If you can help Bernard Gaynor at this next critical juncture, please donate here.

It has been some time since I wrote to you with an update on the legal battles I face.
To be honest, for the first time since this began back in 2013, I have not known what to say because I have no doubt that it will be used against me.
Things are very complicated at the moment and delicately poised. But the time has come to speak.

Chief of Defence Force
Just like Israel Folau, I was sacked in 2014 for expressing views about marriage, family and morality and particularly for pointing out that it was against Defence policy to allow uniformed Defence members to march officially in the Sydney Mardi Gras.
Unlike Israel, I took the matter to court. I won the first case in the Federal Court but lost on appeal. The High Court then refused to grant leave to hear the matter.
The judgement of the Full Court of the Federal Court allowing my sacking has been criticised in academia, legal commentary and even in the media.
I was also hit with costs.
Defence has sat on those costs since 2017. Now it is pursuing me for $743,379.17.
I have sent the Chief of Defence Force a statutory declaration with my financial situation. He knows he will be lucky to get anything out of me because he knows I have almost nothing left.
Nonetheless, Defence has already spent almost $30,000 just preparing the costs statements to pursue me. It will incur significantly more expenditure pursuing me.
This is clearly in breach of Defence’s legal obligations to act as model litigant. Those obligations can be found here.
In particular, government departments are entitled to pursue costs but only if it is in the economic interests of the taxpayer. Instead, Defence is blowing through more of your money for a futile purpose. Defence is wasting public money for an exercise that can only achieve one thing: causing harm to my family.
I am taking actions to defend myself against this attack through various means which I am not willing to discuss publicly yet. I am also taking advice about possible legal actions that may become necessary next year.
However, it is highly likely that Defence will attempt to bankrupt me in the not too distant future.
This will obviously cause me some difficulties but my main concern is that it will severely limit my ability to defend myself against Garry Burns. In particular, I am concerned that the New South Wales Attorney General will seek orders from the courts that my case against the New South Wales anti-discrimination industry should not heard unless I place a large sum of money into trust.
However, I will deal with these hypotheticals if and when they arise although I am taking action now in case they do.
However, one thing I can state is this: I will not be running a fundraising campaign for these court costs. In good conscience I just cannot ask anyone to donate to a campaign that will simply hand their hard-earned cash over to the government.

Garry Burns
While the Chief of Defence Force issue is problematic, things are looking much brighter on the Garry Burns front.
Firstly, Burns had been in the habit of sending me a barrage of offensive, harassing and even violent emails.
However, he has now signed court orders by consent prohibiting any further communications with me. If he breaches these orders he will face contempt of court proceedings. That, in itself, is a significant victory.
Up until recently he has been allowed by the courts and especially the Civil and Administrative Tribunal to get away with this conduct.
Furthermore, Burns has finally been hit with court costs. Recently the process to determine costs from Burns’ failed High Court action against me and Tess Corbett was finalised and he now owes over $80,000.
He is now facing bankruptcy action due to his failure to pay these costs.
And, just to make it very clear, if I was bound by the same model litigant rules that apply to the Defence Force, he would still face bankruptcy action. Model litigant rules allow for actions to recover costs in the case of vexatious litigation.
Burns has launched a fundraiser for his legal costs. It was launched on 20 November 2019. And, to date, it has raised just over $5,000.
It really is interesting that the most high profile gay litigant in Australia can only raise $5,000 in just over two weeks, while Israel Folau raised over $2 million in two days.
I think this shows, more than anything, how clearly public opinion differs from hashtag world occupied by activists like Burns on Twitter. The progressive elite do not live in the real world. They just want to control those who do.
It should come as no surprise that very shortly after Burns received his bills he lodged a complaint against Israel Folau. These actions are nothing more than a money-making scheme for him. I do hope that Folau defends himself against Burns. It would be a betrayal if he chose to settle with him.
Burns is also claiming that the New South Wales Attorney General will shortly decide whether to pay his court costs. It would be a tremendous scandal if the taxpayer bailed Burns out.
The New South Wales Court of Appeal will hear my case that the new laws that have allowed Burns to continue complaining against me are invalid on 24 February 2019.
Burns and the New South Wales anti-discrimination industry should be defending this matter. But they aren’t. Instead, the New South Wales Attorney General has officially been listed as a party and he is the only party opposing me.
As such, to defend my views expressed in Queensland I now need to defeat the first law officer of a ‘conservative’ government in another state. That says it all about the state of conservative politics in Australia.

Other news
I am sorry that I have not been writing as regularly as I have previously. The legal dramas do limit the time I have to write but, to be honest, even when I have time to write I am just mentally drained.
I apologise for that. However, I am in the process of producing a lot more video content. I would be interested in your feedback on this form of communication and whether you enjoy it more than written articles.
I have written today about the fallout of the Israel Folau saga. While I can understand the pressure that he was under, I do believe that the settlement has not achieved anything at all for the wider common good.
It is a massive missed opportunity.
And for those who are interested, I have been following and writing about the Plenary Council in Australia. While you may not be Catholic, the problems we face today stem from a moral crisis in society.