Labour politics have come a long way since God-fearing Methodists rose up in England to defend the worker.

I never met Jo-Ann Miller but I admire her career from a distance.

She tearfully resigned today from State Parliament having served 20 years as the member for the Ipswich-based seat of Bundamba.

Miller is the last of a breed that has died out in Queensland – the Labor social conservative.

Her type is rarer, much rarer, than the black-throated finch.

She was the only Labor MP to vote against Deputy Premier Jackie Trad’s unconscionable abortion-to-birth legislation in October 2018. 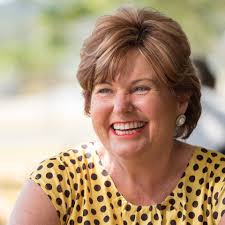 Beaten up, bought out and threatened by Trad and Labor’s left faction, none of Labor’s other social conservatives had the courage to do what Miller did and cast a vote for the dignity of women and the lives of unborn babies.

I know there are others who wanted to do the same. They just didn’t have the ticker.

The once reliable ballast of the Catholic Labor right has been jettisoned.

Miller had already fallen foul of premier Anastacia Palaszczuk and Trad having clashed with them in 2015, forcing her resignation from the Cabinet where she was Police Minister.

Cynics will argue she had nothing to lose by defying Trad on abortion.

Maybe. But Miller seems to have had a track record of being outspoken on matters of principle.

She was vindicated in pursuing the Labor-dominated Ipswich City Council over corruption allegations. Labor hates nothing more than what it sees as a Labor rat.

The whole Council was eventually sacked and Mayor Paul Pissalie was jailed for extortion.

Palaszczuk had stood by him, ignoring Miller’s pleas for something to be done about suspected corruption.

Miller was the daughter and granddaughter of Ipswich coal miners. It doesn’t get any more Labor working class than that.

“I am the last of a generation of Labor MPs in this Parliament….We will never see the likes of them again in this House. I close the door on this era,” she wrote in the resignation letter she handed speaker Curtis Pitt today.

Today’s Labor is a million miles from the God-fearing Methodist Christians who founded the labour movement in England in the 19th century to protect workers being exploited by wealthy industrialists.

I don’t begrudge the ski holidays Queensland Labor ministers take to Whistler – I hope to go there myself one day.

But as Labor demonises coal with callous disregard for the collateral damage being done to battlers, it can no longer pretend to be the party of the worker.

Labor’s full-throated support for killing unborn babies to birth and its embrace of rainbow gender fluid ideology also put it a million miles from the aspirations of mums and dads trying to raise a family. Labor thinks it is okay for our daughters to be prostitutes in their state-sanctioned brothels. It long ceased to be family friendly.

“The most important legacy I believe I leave is to Tell the Truth and Shame the Devil, be honest, to fight for our principles and values and never back down,” Miller’s letter said.

As LNP members and some Labor backbenchers rose to give farewell hugs, Palaszczuk, Trad and their minions kept their butts firmly planted on the ministerial leather.

“The Government front-bench stayed seated and did not approach Ms Miller to wish her well,” wrote the ABC’s Josh Bavis.

Why would they? Labor is no longer working class, pro-life, pro-family or principled.