“I have no intention of changing the laws in that space”: Perrottet

“I have no intention of changing the laws in that space”: Perrottet

Can you confirm as Premier you support the right for women to have an abortion and for same sex couples to get married?

Dominic Perrottet is pro-life and pro-marriage.

That is a good thing. He has always voted the right way on these issues and from time to time has advocated for them. 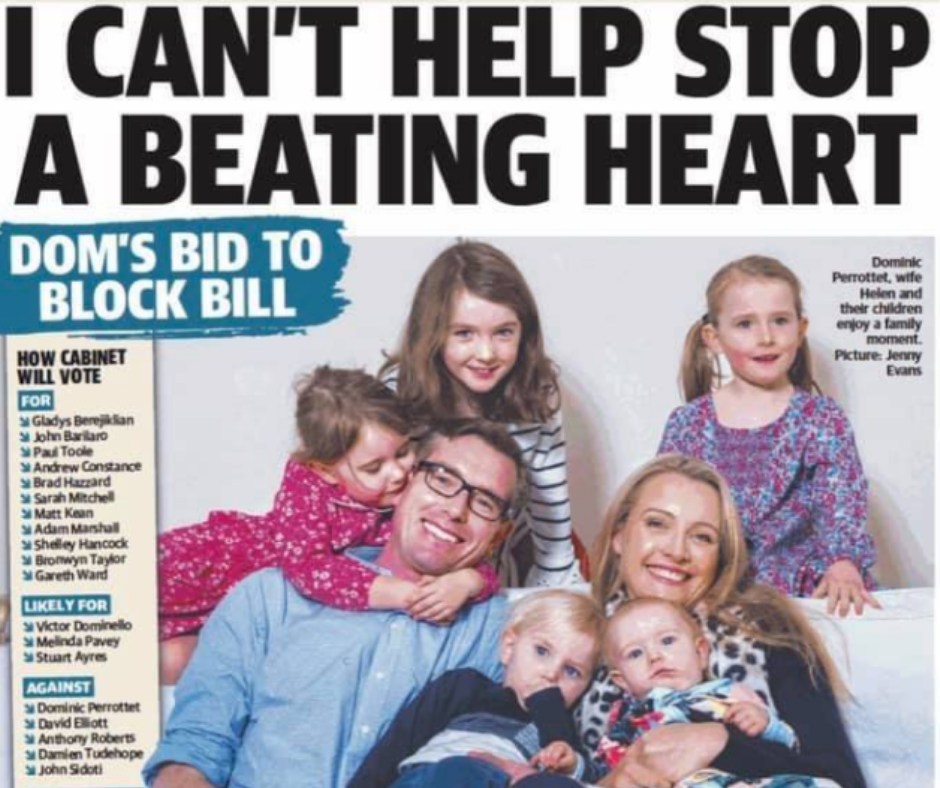 But what will he do about the injustices that flow from both of these public policy issues now that he is Premier?

Same-sex marriage requires some children to miss out on the love of their mother or father and has led to gender fluid ideology plaguing our schools.

Ben Fordham, while not coming from a social justice perspective, asked Perrottet about his views on marriage and abortion on 2GB yesterday.

Dominic Perrottet: Yeah well Ben, I have no intention of changing the laws in that space. I think we live in a diverse and tolerant society and one of my top values, leading values, is freedom and people should be able to have freedom of opinion and ideas and they should be respected for it. And I've always acted, in a way... respected people with different views but we don't live in a conformative (sic) society where everyone has to believe the same thing.

I get that as Premier, Perrottet, regardless of his personal convictions, has to deal with the reality of the world as he finds it.

A majority in his own Liberal party helped lead the charge for abortion-to-birth laws in 2019 and many also supported redefining marriage in 2017.

Liberals ignored the consequences of these changes to the law.

The price Perrottet will pay for being Premier will be to keep quiet on these issues and certainly to not advocate for law reform.

So this is where the Christian Democratic Party comes in and why strong Christian voices are needed in Parliament.

The radical left and the libertarian right argued for years for change to the way we view human rights for the unborn and marriage.

Their politicians then sustained debate in the Parliament and media for years until things got to a tipping point.

On a visit to Washington DC some years ago, I had breakfast at the Old Ebbitt Grill with a Christian lobbyist who had also worked in the George W Bush White House.

He told me that the first rule of politics is that no decision in a democracy is permanent.

It might take years to unwind bad public policy but the beauty of democracy and freedom of speech is that the opportunity exists.

This explains why the left now want to resort to cancel culture to make their gains permanent.

The will and courage to fight for the unborn, the truth about marriage and freedom for faith is what the CDP uniquely brings to politics.