"Marriage equality" is unjust to children

“Marriage equality” is unjust to children

We must resist the rainbow lobby’s push for commercial surrogacy.

The trend of deliberately creating motherless or fatherless children continues apace post-same-sex marriage with gay US television personality Anderson Cooper the latest to announce the acquisition of a baby through surrogacy.

Complicating an already complicated arrangement for the baby, named Wyatt, is that Cooper is split from his long-time boyfriend Benjamin Maisani. 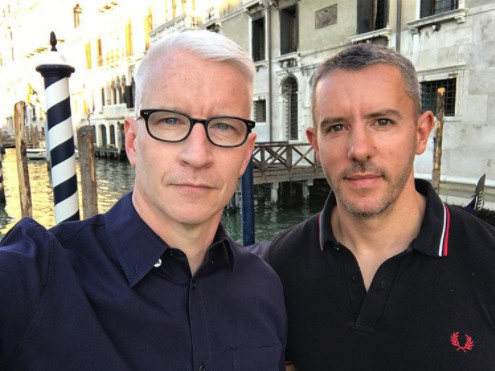 But no cause for alarm, says Cooper, the pair will “co-parent” baby Wyatt even though living apart.

"He's my family and I want him to be Wyatt's family as well," Cooper said of Maisani.

Wow, everything a child could wish for. No mother and shuffled between the homes of two homosexual men.

While Cooper and Maisani never got "gay married", they were advocates of it and considered it at one stage. Cooper used his celebrity as a CNN anchor to push the issue.

Taken from the breast of his mother, baby Wyatt is part of a radical experiment of putting the lifestyle desires of gay adults in front of the rights of children to know the love of their mother and father.

It's nice that Cooper considers the male lover he is separated from as "family" but what then is Wyatt's missing mother to him?

This experiment is untried in the history of humanity, which across cultures and religions until this moment instinctively understood what was in the best interest of the child.

There were many reasons not to legalise same-sex marriage but the injustice to children was the main one.

My friend Doctor David van Gend wrote powerfully about this in his 2017 book Stealing from a Child, The Injustice of Marriage Equality. 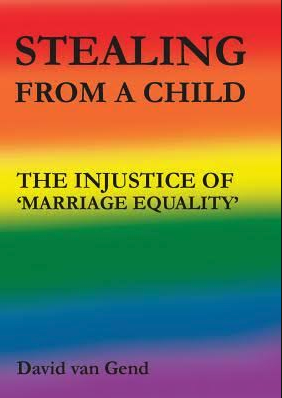 Apart from Dr van Gend, that so little was said and done to stop this in the years leading up to Australia’s 2017 marriage plebiscite is to our eternal shame.

Australian rainbow activists are now waiting for their opportunity to legalise commercial surrogacy so two men can enjoy the full benefits of “marriage equality”.

Our misnamed Australian Human Rights Commission in 2015, while under the leadership of Tim Wilson (now a member of federal Parliament), commissioned a report dubbed Resilient Individuals which advocates this.

"Any consideration of (lifting) the nation-wide ban on commercial surrogacy should be pursued without discrimination against people on the basis of their SOGII (sexual orientation, gender identity or intersex) status," the taxpayer-funded report says.

It is not an issue of bigotry to oppose the renting of women’s wombs and the establishment of a trade in human babies to satisfy the “marriage equality” demands of two men.

It is an issue of justice.