Liberals have lost the will and courage to fight for children.

The Perrottet Liberal-National Government in New South Wales is allowing children to be robbed of the truth about their gender.

Under Catholic Premier Dominic Perrottet, adults who believe the lie that gender is fluid are permitted to obtain a genderless birth certificate for their child. 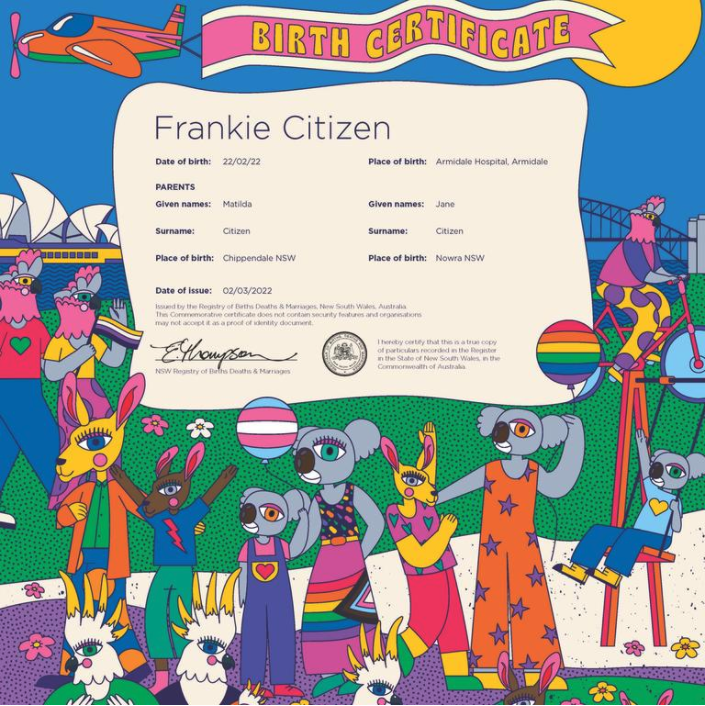 Sadly, Perrottet has become as pragmatic as Pentecostal Christian Prime Minister Scott Morrison when it comes to facilitating the indoctrination of children into harmful LGBTIQA+ ideology.

The Perrottet Government’s genderless birth certificates were exposed through questions on notice in Parliament by One Nation’s Mark Latham.

The commemorative certificates issued by the NSW Births Deaths and Marriages Registry feature genderless Australian native animals, all of which reproduce in nature because of their self-evident male and female characteristics.

The registry says the aim is to allow “rainbow families the freedom to be seen as they wish to be”.

Sadly, this simply sets up a child for a trip to the gender clinic where he or she might be offered experimental treatments leaving him or her infertile for life and with surgically mutilated breasts or genitalia.

Latham’s questioning revealed just 12 certificates had been issued so far but these numbers will grow as woke governments, media and elites promote harmful gender fluid ideology.