There are a growing number of people de-transitioning to their natal sex following sex change therapies and operations.

The New South Wales Government continues to duck the question of irreversible harm to children resulting from experimental gender treatments.

“My question is addressed to the Minister for Mental Health, Regional Youth and Women, representing the Minister for Health and Medical Research. Given that the health Minister confirmed on 2 June, in answer to an earlier question from me, that the New South Wales Government supports practice that is consistent with advice from the Royal Australasian College of Physicians on care and treatment for children and adolescents with gender dysphoria, what contingencies has the Government made to pay potential future compensation claims to people who later regret taking Government-sanctioned childhood medical advice to have irreversible body and life-altering therapies performed on them?” 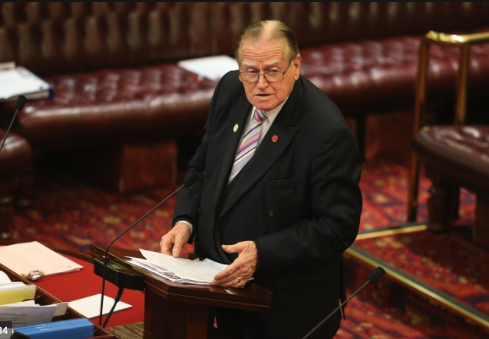 Predictably and sadly, the Minister, Bronnie Taylor, did not even seek to address the key issue of who pays the compensation when someone regrets that they are infertile for life or have no breasts anymore?

It’s these sort of non-answers to important questions that continue to give politicians a bad name.

With Sweden, Finland and the United Kingdom pulling back from experimental gender treatments on children, and gender clinicians at Sydney’s Westmead Hospital also expressing concern, it is only a matter of time before the NSW Government will be forced to answer the questions it is currently seeking to avoid.

There are a growing number of people de-transitioning to their natal sex following sex change therapies and operations.

The Christian Democratic Party believes children struggling with their gender identity should be offered all love and support, but experimental therapies with irreversible consequences should not be performed on them.

The CDP also believes the government must stop teaching children in schools that their gender is fluid.

The CDP plans to introduce a bill into Parliament to ban irreversible gender treatments on children.