Now the dust has settled, here's what lies ahead

Reflections on joining the CDP

It’s a great honour to have been invited by the Reverend Honourable Fred Nile to succeed him in the New South Wales Parliament and as leader of the Christian Democratic Party.

As I told Eternity News, this came as a complete surprise.

However, after prayerful discussions with Rev Nile, Silvana Nile and CDP State Manager Annie Wright, it became clear to me and my wife Wendy that this was our next assignment.

Ever since the end of the marriage campaign in 2017, I have felt a strong call to engage in party politics.

I was disappointed that more parliamentarians who shared our convictions did not speak out in a sustained way. 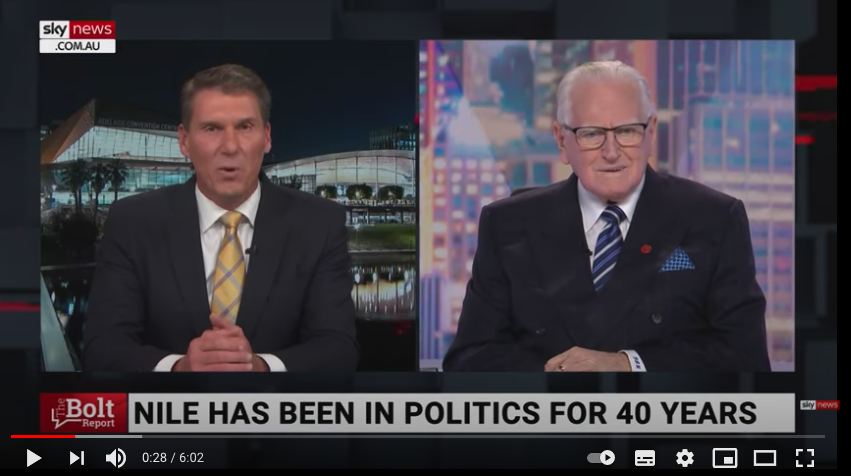 We live in an advocacy system and without advocates, truth, beauty and goodness is vulnerable.

We’ve seen an avalanche of terrible public policy as a result of the vacuum our silence has left.

While I love the Australian Christian Lobby, I felt the organisation was in good hands with Martyn Iles and the team and that I should pioneer in a different part of the battlefield.

This led me back to Queensland where I ran Cory Bernardi’s Australian Conservatives’ Queensland operation and ran as a Senate candidate at the 2019 election.

While we failed, it was invaluable experience and I have no regrets.

I’m deeply grateful for the volunteers and donors who supported that ill-fated endeavour.

I don’t believe the effort was wasted – a new opportunity which I’m sure will embolden many AC supporters has emerged.

Many people doubt whether the culture wars are real.

As more and Christians and conservatives feel the pressure, both legal and cultural, to suppress their views and conform with woke ideas, it is clear there is a real battle and the other side is playing for keeps.

The battle for human rights for unborn children is especially intense and the left always circle the wagons when abortion is challenged.

Other policy priorities I’ve outlined in media interviews this week include stopping the gender fluid indoctrination of children, preserving freedom of speech and religion and water and energy security.

All of the above are under relentless attack by the radical left.

And as the Council of Jerusalem urged the Apostles Paul and Barnabas – “remember the poor”. Like Paul, this is the very thing I’m eager to do.

Some of my future colleagues in the NSW Upper House have reacted in the most bizarre and irrational manner to the prospect of me joining them.

James Macpherson, as only he can do, calls out their Twitter tantrum in this humorous blog post.

While I’m sad to be leaving Queensland (I hope the voters of NSW forgive me at Origin time), I’m excited and daunted at the same time about the challenge that lies ahead.

Rev Nile and his CDP supporters have been absolute champions for the truth for more than 40 years.

They have faithfully withstood a barrage of vitriolic and irritational criticism.

Now there is an opportunity to build upon this legacy. Together we can revitalise the party over the next 18 months and ensure we are in a position to retain our seat in the Legislative Council.

It would be terrific if we could restore our numbers to two seats.

Could I encourage you to consider joining the party? Civil society democracies settle their disputes through the democratic process, not violence.

A political party is simply a way of organising within a democracy and of taking a hold of the tools of democracy available to every citizen.

Christian engagement in politics is not about “theocracy” or pulling down the wall of separation between church and state.

It is about engaging as citizens and bringing our Christian ethics and principles into the public and political sphere.

Other citizens, as is also their right, bring their ethics and principles and these are often brought with religious zeal and often emanate from alternative religious world views.

So please consider this way of participating in our participatory democracy.

Life has been good in Australia and too many of us have had a “set and forget” approach to politics.

Such is the hostility towards our Western inheritance among those who have grasped the levers of power in the media, politics and the academy, we can no longer afford to stay uninvolved.

While the CDP only has representation in the NSW parliament, CDP membership is certainly open to people in other states.

We would certainly appreciate any financial support as we embark on the revitalisation of the CDP so it can continue to be a beacon of truth in politics for years to come.

I’ll be moving to Sydney in the coming weeks to take up the position of Director of Campaigns and Communications with the CDP.

Should I win the support of the party’s State Council, I will transition to the Parliament in November upon Rev Nile’s retirement and after a joint sitting of the Parliament to elect the CDP’s nomination.

Thanks if you have been one who has supported my journey. If you are new to my blog and would like to keep in touch, please sign-up.

Lyle Shelton is the author of I Kid You Not – Notes from 20 Years in the Trenches of the Culture Wars. Get your copy here.