The Left knew they won more than a marriage debate in 2017. They now control our speech and they aim to keep it that way.

When most Australian’s ticked Yes in the 2017 marriage law postal survey, they thought they were simply agreeing to allow same-sex marriage.

Further proof that a bigger agenda was and is at play was again on display yesterday at the National Press Club of Australia in Canberra.

Labor’s Shadow Attorney General Mark Dreyfus (pictured) was the guest speaker and he was peppered with questions from many of the assembled journalists of the press gallery about the Morrison Government’s proposed new religious discrimination bill. 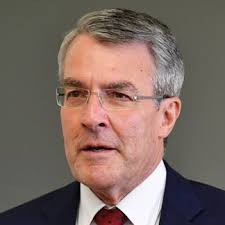 The Guardian Australia’s Paul Karp (pictured below) is what I would describe as an activist journalist who has always used his platform to advance the cause of the LGBTIQA+ political movement.

I don’t think it is unfair or a mischaracterisation to say this.

It’s worth reproducing Karp’s question in full which is helpfully provided on the Guardian’s website.

Paul Karp: In the context of the marriage debate, Bill Shorten (the former Labor leader) gave a very simple commitment that Labor would not vote for legislation that watered down the protection of LGBT Australians. Now, I know the religious discrimination bill is just an exposure draft and I know Labor is still consulting about it, but will you recommit today that Labor will not vote to water down existing protections in state and federal discrimination law? And if not, why is that principle no longer a red line for Labor? 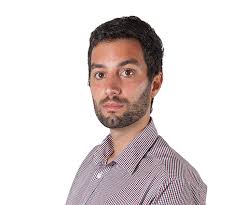 Now before we go to Dreyfus’ answer, it is important to unpack what is loaded into the question.

The reason why Shorten was boxed into this position before the election was because the LGBTIQA+ lobby knew that by winning the marriage plebiscite it had won much more than the right of same-sex couples to get married.

Knowing that religious freedom was being reviewed by the Ruddock Commission, the lobby wanted to make sure its gains were not walked back.

The activists knew that a change to the marriage law automatically weaponised Australia’s confusing raft of state and federal anti-discrimination laws.

These laws allow legal action to be launched against anyone deemed to be attacking the feelings of people with “protected attributes”.

Because sexuality and gender are protected attributes, any advocacy of marriage that did not include homosexual marriage could be silenced using these laws.

Many rainbow activists believe it is offensive, humiliating or vilifying of gay or transgender people for anyone to argue in public for heterosexual marriage as the preferred model.

Indeed, we saw a pre-curser to this in Tasmania with the case against Hobart Catholic Archbishop Julian Porteous who tried to teach Catholics Catholic teaching on marriage.

During the plebiscite debate itself, whenever the Coalition for Marriage, of which I was a part, raised concerns that same-sex marriage would trigger the loss of freedom of speech and religion, we were ridiculed by the Yes campaign for introducing “red herrings” into the debate.

The Yes campaign even said that Christian schools would not be affected by the change to the Marriage Act.

All of this has proven utterly false less than two years on with a concerted attempt underway to strip religious schools of their freedom to employ staff who share their parent community’s ethos about marriage and gender.

Any suggestion that the Morrison Government’s proposed religious discrimination bill might override aspects of State-based anti-discrimination law to prevent people from being dragged before tribunals for their beliefs on marriage is being bitterly fought.

The Greens this week described any attempts to allow people to uphold their pre-plebiscite views on marriage as giving “special legal privilege to prejudice”.

Tasmanian Senator Jacquie Lambie, who should know better given she must know about the Porteous case, reckons there is no need to override state legislation.

Paul Karp knows fully what is at stake and can see the risks of a religious discrimination bill which might tip the balance back in favour of free speech on marriage.

Yesterday’s question was an attempt to box the new Opposition leadership under Anthony Albanese into the Shorten position.

To his credit, Dreyfus refused to take the bait but nor did he give a clear answer.

He rightly put his finger on the nub of the mess we have gotten ourselves into over same-sex marriage.

It is the obvious clash of rights that has never been properly discussed. As a society we can’t on one hand legalise same-sex marriage and then expect Australians who disagree to be allowed to get on with their lives peacefully.

Naively, this is what most Yes voters in the plebiscite thougth would happen because that is what the same-sex marriage lobbyists told them would happen.

This of course was and is a lie and that is why Karp pounced again yesterday.

Karp and the rainbow lobby’s view is that Christian Porter’s new law must not override the existing state laws – that would undo the anti-free speech gains they secretly won through the plebiscite.

They want the ability to create more Julian Porteous cases until all dissent to same-sex marriage and gender fluid ideology in schools is quashed.

The proposed religious discrimination bill is unlikely to satisfy anyone. It’s insipid gains for freedom of speech and religion are hated by Equality Australia, the new group established in the wake of the plebiscite to advance the LGBTIQA+ political agenda.

It is highly unlikely that the law will result in meaningful protections for those who do not agree with the rainbow lobby’s vision of marriage and gender.

For this to happen, will and courage to draw a line in the sand with the rainbow lobby will need to be found.

There is no evidence of this happening any time soon in Canberra, such is the power of rainbow activists and their friends in the media.

It is a mess and it is a debate that is not going away any time soon.

But at least what the rainbow lobby and its champions in the media want is clear for all to see.