With the logic of its ideology beginning to play out, even some of its champions are starting to turn.

There’s a straight line between LGBTIQ political activism and some of the biggest threats to women, children’s health and well-being and freedom of speech and religion.

It is wrong to interpret this growing concern as an attack on LGBTIQ people, it is not.

But the political movement which claims to represent them is on a Jihad to upend societal norms which have kept us safe and free.

Like cancelling the French subs deal, we need to cancel our political contract with the rainbow political movement before more children are harmed through experimental transgender treatment and freedoms are further eroded.

When Australians voted for same-sex marriage in 2017 they didn’t realise what they were signing up for.

This week rainbow politics has brought us new nomenclature for women as “bodies with vaginas” from no less than an esteemed medical journal, The Lancet. 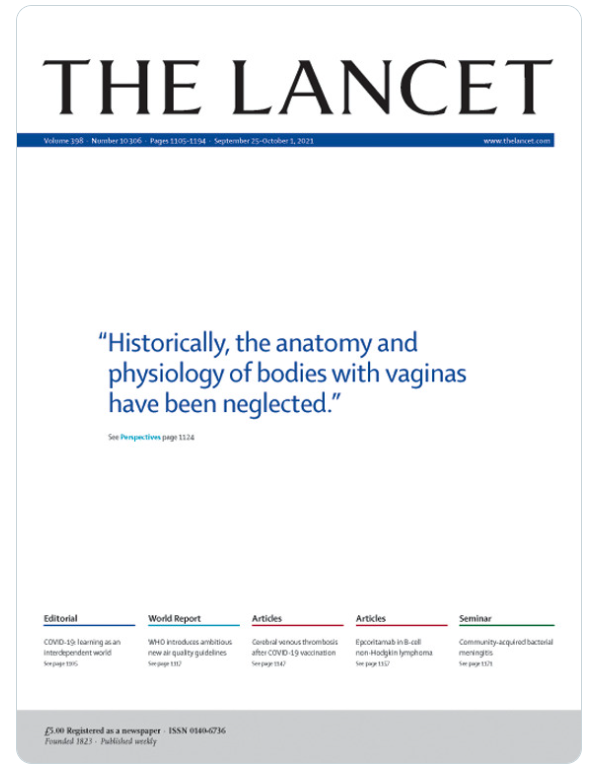 In a sign we are slowly waking up, the Lancet cover sparked universal outrage, even from cheerleaders of the rainbow revolution at Nine newspapers.

But sadly medical science now carries unscientific woke ideas about biology because by saying only women have vaginas is “offensive” to “women” who have penises.

Even the abortion debate, once seen as a women’s issue, is now trying to extend abortion rights to “men” who are pregnant.

According to pro-abortion lobby, the American Civil Liberties Union, this means the word women must be erased in favour of “person”.

It scrubbed the word “woman” from a quote by the late abortion enthusiast US Supreme Court justice Ruth Bader Ginsburg.

“The decision whether or not to bear a child is central to a [person’s] life, to [their] well-being and dignity... When the government controls that decision for [people], [they are] being treated as less than a fully adult human responsible for [their] own choices,” was how the ACLU doctored Ginsburg’s famous quote.

As if killing unborn babies in and of itself was not insane enough.

In the UK,  Labour’s deputy leader Angela Rayner launched an unhinged attack on conservative people calling them “homophobic” and “scum”.

Disagreeing with the redefinition of marriage and seeking to uphold scientific sanity about biology does not make people “homophobic”. It does not make them “scum.”

But what it shows is the radical left continuing to throw the toys out of the cot when they can’t get purchase with their arguments through the normal processes of civil discourse.

Here in Australia the Morrison Government’s promised religious freedoms bill has been delayed and watered down because LGBTIQ political activism opposes any freedom to disagree publicly with its ideological dogma.

And in Victoria, legislation is being drafted that will spell the death knell of Christian schools who wish to maintain and uphold Christian teaching on marriage and the science of gender.

In public schools, genderfluid ideology is rife, even in states with Liberal-National Coalition governments.

Since the gender diversity requirement was stripped from marriage law in a minority of mainly western countries, the rainbow political movement has waged a war on gender.

Children and women are in their cross hairs.

Genderfluid ideology is rife in schools and biological blokes are now competing in girls’ and women’s sports, even at the Olympics.

It’s a farce that even the supposedly conservative Morrison Government lacks the will and courage to confront.

It’s wonderful that individual courageous voices like Tasmanian Senator Claire Chandler speaks up, but she’s part of a political party that even while holding the levers of power presides over much of this nonsense.

Evidence that progress is being made appeared this week when Nine newspapers, which are usually uncritical and incurious of the rainbow political movement, were moved to portray the Lancet’s clanger disparagingly in a headline. 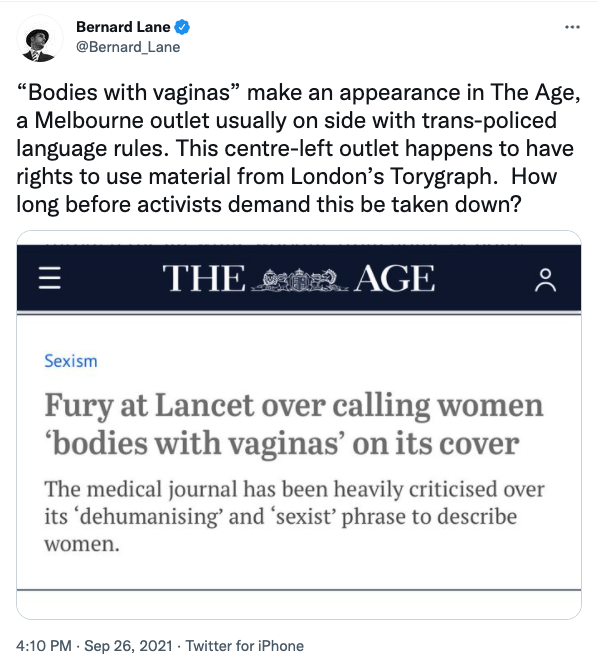 In the years leading up to and after the marriage debate, the rainbow political movement has had a rails run.

With the logic of its ideology beginning to play out, even some of its champions are starting to turn.

Removing discrimination against same-sex attracted people was one thing, bending the rest of society by force to the ideology that flies under the rainbow flag is another.