Eugenics should have no place in civil society.

A few years ago, Iceland boasted it had eliminated Down syndrome.

What it really meant is it has an ongoing program of killing pre-born children diagnosed with Down syndrome which is very effective.

Just this week in South Dakota, the courageous humanitarian Republican governor, Kristi Noem, introduced a bill into the state legislature to ban this eugenic practice.

Here’s the public statement she released:

The Declaration of Independence summarizes what we all know in our hearts to be true: God created each of us and endowed all of us with the right to life. This is true for everyone, including those with an extra chromosome. I look forward to the day when the Supreme Court recognizes that all preborn children inherently possess this right to life, too. Until that time comes, I am asking the South Dakota legislature to pass a law that bans the abortion of a preborn child, just because that child is diagnosed with Down syndrome.

She told Newsmax TV that it is estimated that in two out of every three pregnancies in the US with a Down syndrome diagnoses, the babies are aborted (her comments on abortion are at 3:50). 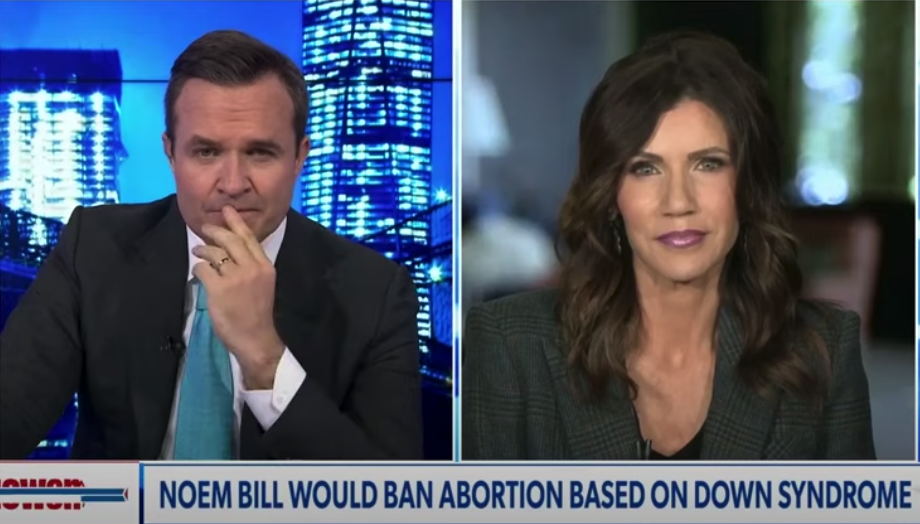 Noem’s move comes during the week of 48th anniversary of the Roe verses Wade case in the US Supreme Court which legalised abortion on demand.

He has signed an executive order overturning Donald Trump’s ban on US foreign aid money being used to kill unborn babies and wound their mothers.

Sadly the grisly eugenic practice of killing of disabled unborn babies is practiced here in Australia.

Chapter 6 of my book, I Kid You Not – Notes from 20 Years in the Trenches of the Culture Wars, is entitled “Blood on our Medicare cards”.

It’s the inside story of how a group of Australian federal parliamentarians decided that aborting disabled babies is cheaper for the taxpayer than looking after them.

We need some Kristi Noem’s in our parliaments.