You won't believe who is helping the radical Left

Coalition MPs are being played by radical activists.

Collaborations between Coalition politicians and the radical Left don’t work out well for the “quiet Australians”.

Sadly, lessons from the political grief caused by violating first principles and upsetting the Coalition’s voter base are not being learned.

Eight thousand quiet Australian social conservatives decided to make some noise by turning out in force yesterday at Hyde Park in Sydney to protest against the actions of a supposedly conservative government.

We live in strange times.

The Left's attack on freedom of speech and religion was also facilitated by Coalition federal MPs who undermined the Coalition’s resolve to defend its policy to protect the definition of marriage. They then voted against the December 2017 freedom amendments designed to make sure the new same-sex marriage law did not affect other Australian’s freedom of belief.

These enemies from within were led principally by the likes of Warren Entsch, Trevor Evans, Tim Wilson, Trent Zimmerman and Dean Smith.

Now the Attorney General Christian Porter is attempting to put the freedom Humpty back together again with a complicated and inadequate religious discrimination bill.

Freedom of speech, conscience, association and religion are unlikely to ever be restored to pre-SSM levels.

Also, because the Coalition party room failed to hold the line on marriage, transgender activists are now on the march forcing LGBTIQA+ gender-fluid indoctrination of school children.

So why do we continue to see collaborations between the radical Left and supposed conservatives? 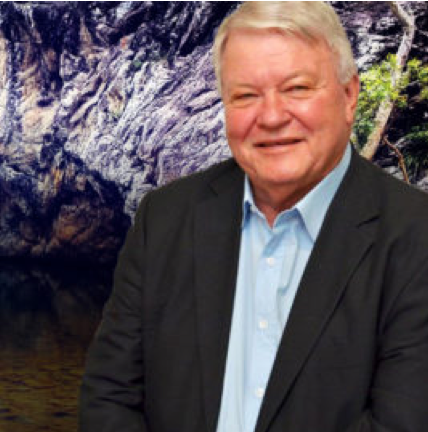 Now Ken is a lovely bloke and probably very trusting. This may explain why he has allowed himself to be co-opted into a political cause which is at odds with everything the LNP says it stands for.

Fellow LNP MP, Warren Enstch, who has been a long-time collaborator with Leftist groups opposed to LNP social policy, has convinced O’Dowd to become the co-chair of the Parliamentary Friendship Group for LGBTIQ+ Australians.

If all it was was a friendship group, we should all join. There is nothing wrong with being friends with gay people. That is a good thing.

But this is of course about much more than cups of tea in Canberra. This is a group whose aim it is to steer public policy away from the LNP and Morrison Government’s values.

Their policy agenda opposes the government’s objective to restore pre-same-sex marriage freedoms of speech and religion.

The Australian reported that at O’Dowd’s first meeting at Parliament House last week “he heard speeches from six people about how proposed religious discrimination legislation could affect their communities”.

They don’t want to be forced by law to embrace someone else’s vision for marriage and family, as is happening to Ballarat Christian College, which is being sued by a teacher who disagrees with the parent community's views on marriage

By wrapping himself in the rainbow flag, which is now a potent symbol of the worst excesses of identity politics, O’Dowd puts himself at odds with LNP policy on freedom, family and faith.

Sadly, rainbow political activists are not tolerant of dissent and want to ensure the law allows them to punish anyone who does not celebrate their agenda. O’Dowd is crucial to helping them achieve this.

To rub salt into the wounds, O’Dowd even emailed his constituents in the electorate of Flynn.

“I am also proud to announce that I am co-chair of the LGBTIQ+ committee,” he wrote. A perplexed voter sent me a copy.

This group is the eyes and ears inside Parliament of Equality Australia which is assisting the legal action against Ballarat Christian College for upholding the Christian view of marriage.

O’Dowd’s action is akin to a coalition MP accepting the co-chairmanship of the Parliamentary friends of Extinction Rebellion, a group which campaigns against coal mining.

If Ken can keep things to friendship, all will be well. But that’s not why he has been co-opted to be co-chair.