We need more, not less George Christensens in public life

We need more, not less George Christensens in public life

Too few politicians have the courage to fight for the truth.

I’m saddened to see my friend George Christensen bowing out of parliament at the next election.

But much of our left-leaning activist media is not.

“Controversial” is the moniker they bestow on him.

Why? According to the ABC and The Guardian, George is what they call anti-abortion, thinks there’s a “war on radical Islam” and opposes LGBTIQA+ rights, apparently. 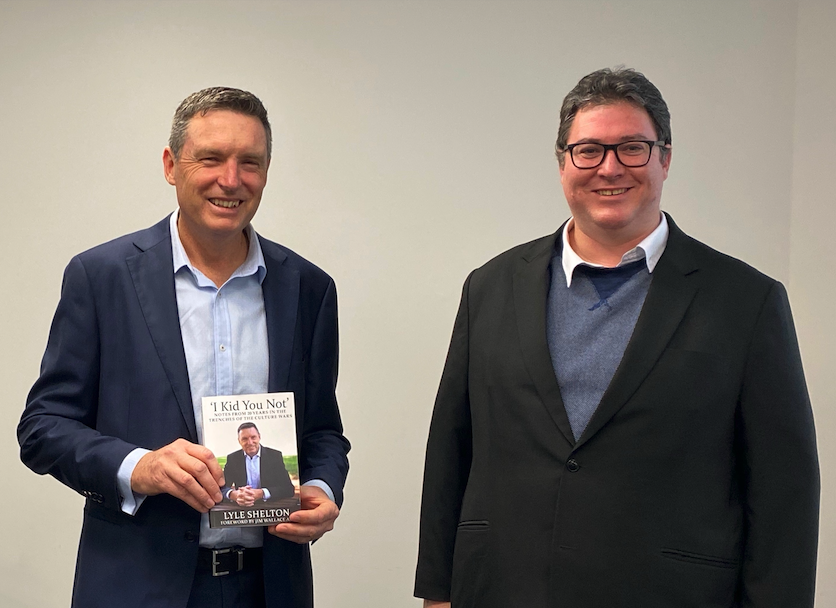 Thinking Australians, including his voters, see him very differently.

They don’t mind his advocacy for human rights for unborn children and support for their mothers.

They get there are Islamists amongst us who seek to do us harm and that LGBTIQA+ political activists want to take our children down a path of gender-bending confusion that will do them harm.

George was one of the first MPs, along with Andrew Hastie, to speak out against the radical LGBTIQA+ gender-fluid indoctrination program falsely named “Safe Schools”.

The Guardian calls it an “LGBTI equality program”. If only that’s what it was.

Incurious journalists are still yet to investigate serious allegations George raised, quoting evidence under parliamentary privilege, about one of those leading the team where the program was cooked up.

A conservative academic would never have escaped such scrutiny.

But hey, George is “controversial”.

Maybe he can tell the difference between truth and lies, good and evil – a discernment our cultural elites no longer care for.

Cultural Marxism and postmodernism play down evil and assert that truth is relative.

This philosophy is a recipe for chaos and it has poisoned the minds of a generation who have marinated in it from kindy to uni.

The ABC said George was controversial for saying Australia was “at war with radical Islam".

Answer this Ita. Should we not be at war with extremists who while screaming Allah Akbar weaponise cars to mow down pedestrians in the Melbourne CBD or take hostages in a Sydney café?

Are we not at war with those Australian-born ISIS fanatics who jumped on planes to run to the sound of gunfire in Syria and Iraq and then wanted to come back to live in our suburbs?

What are those carefully-spaced concrete blocks at the entrances of our pedestrian malls if not defences against attacks from people who are at war with us?

But hey, the phrase “war with radical Islam” must not be uttered.

George rightly cites an activist anti-conservative media and the extreme difficulty of advancing mainstream causes in Parliament as evidence our politics is broken.

The fight to get the Adani mine approved was epic. It should have been a no-brainer.

But the new global climate cult almost torpedoed the jobs and development North Queenslanders so desperately need. Not to mention the access to electricity that poor people in India crave.

As electricity prices continue to rise in the suburbs and summer blackouts become more frequent, parliamentarians like George will have been proven right.

A program like “Safe Schools” should never have gotten past first base, especially under a Coalition Government.

Now almost every child in the nation attending a state school is being indoctrinated into harmful gender-fluid ideology.

What is “controversial” about trying to save children from chemical and surgical castration?

Our activist media and those politicians who have joined the club and acquiesce with elite opinion are the ones who are “controversial”.

George has shown rare courage and is a true parliamentarian.

As Senator Matt Canavan tweeted today, George was not only a man of conviction, “he is one of the most well read and intellectual MPs.”

Anyone who has had the privilege, as I have, of discussing history, politics, philosophy or theology with George will know that.

Yet an unthinking elite class led by an activist media write him off and even mock him.

George is not perfect, none of us are.

“Member for Manila” is thrown at him by his enemies but the voters of Mackay love him and know he fights for them.

His margin at the 2019 election soared to 14 percent. His seat is as safe as houses – George is going out on top with the affirmation of the people that matter – North Queenslanders.

When I was looking for someone to launch my book in Brisbane, I could think of no-one better than George and I was honoured when he accepted my invitation.

He even read it, including the chapter on human rights for the unborn.

That night last July he pledged to introduce a bill into Parliament requiring medical assistance to be rendered to babies born alive after botched abortions and left to die, gasping for breath.

Yes folks, it happens and I document in the book the work of two equally courageous state MPs, Dr Mark Robinson of Queensland and Nick Goiran of WA, who exposed this grisly practice.

Earlier this year George made good on his promise and had the legislation drafted and has spoken to it in Parliament.

It would be a fitting tribute to his long career for the Parliament to pass such a common-sense piece of legislation.

But such is the sad state of our nation that not even a government led by a Pentecostal Christian will probably have the courage to take up the fight to the radical left and the libertarian right on behalf of our most vulnerable people.

But George did this for the littlest among us. He has fought for many other unfashionable, but just, causes.

George, you deserve some time aside with your lovely wife April and gorgeous daughter Margaret.

While you’ve been fighting the good fight, others of us have had the luxury of raising our families.

But after a spell, we look forward to your voice again being heard in the public discourse.