Why a trigger warning is easier to mount than an argument

Why a trigger warning is easier to mount than an argument

If the Sydney Star Observer wants to win mainstream Australia, it must do better.

A recent story in the gay media about two of my posts on Twitter contained a “trigger warning” because people might commit suicide.

Playing the suicide card to silence discussion is a bog-standard tactic of LGBTIQA+ political activists. 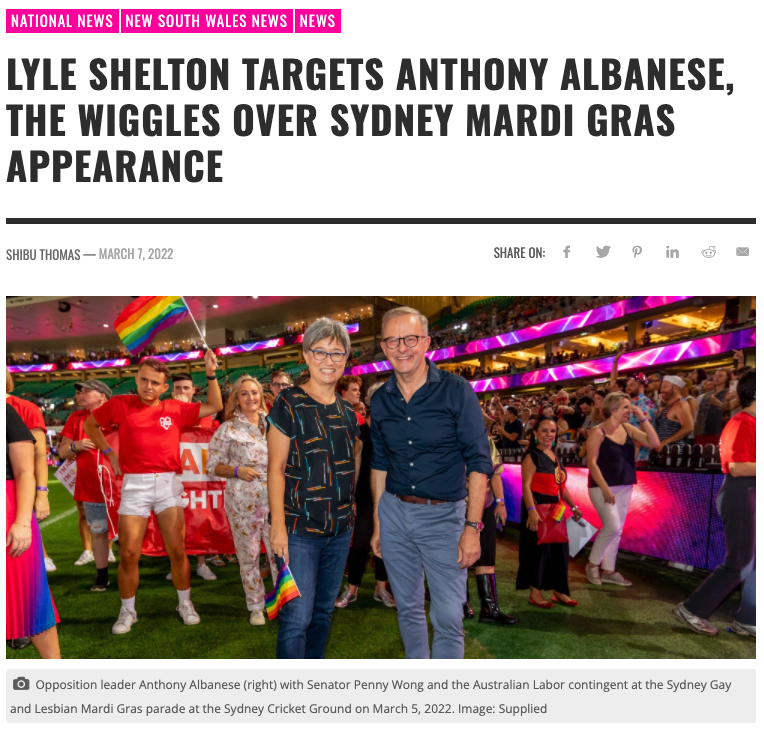 It is much easier to cancel someone as a danger to humanity than do the intellectual heavy lifting required to engage their argument.

As a combatant in the culture wars, the thing I am most grieved about is the assertion that a difference over public policy equals “hate” towards some of my fellow Australians.

Let’s be clear. This is a pernicious lie. I “hate” no one. I, like many mainstream Australians, disagree with plenty that flies under the rainbow flag, as is our right in a liberal democracy.

Instead of debating my Twitter commentary about the harms of the ideas promoted by Sydney’s homosexual mardi gras, held earlier this month at the Sydney Cricket Ground, the Sydney Star Observer accuses me of having no love.

Its story about me screamed in bold type face the following:

Trigger Warning: This story has details of homophobic and transphobic language, which might be distressing to some readers. For 24-hour crisis support and suicide prevention call Lifeline on 13 11 14. For Australia-wide LGBTQI peer support call QLife on 1800 184 527 or webchat.

What on earth was I tweeting that might make people want to commit suicide?

What did I say that was “homophobic” or “transphobic”?

There are no answers in the story, just an assumption. But you can read my tweets for yourself and decide if they are a danger to vulnerable people.

In response to Labor leader Anthony Albanese and his Senate leader Penny Wong marching in the parade I Tweeted: “If you want your children taught their gender is fluid and that ‘men’ can fall pregnant and ‘chest feed’ babies, vote @AustralianLabor.” 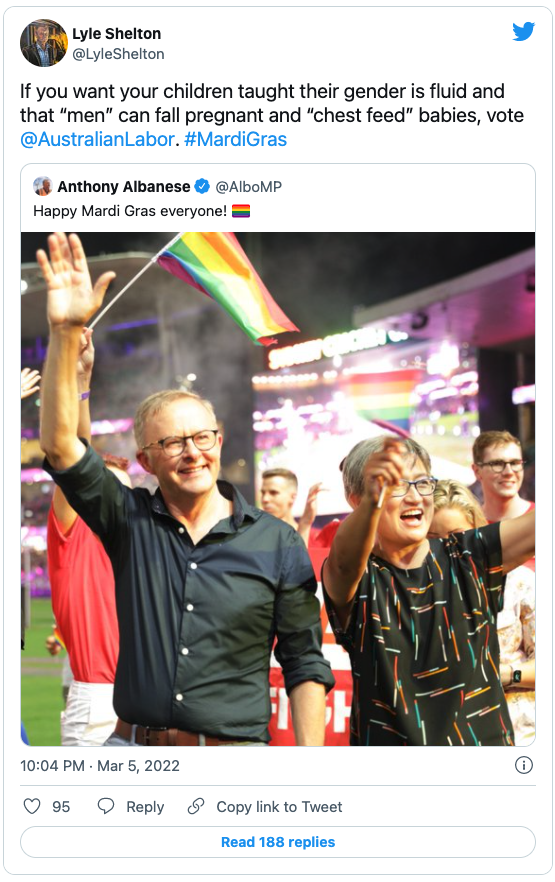 The Sydney Star Observer did not argue that this was untrue (that’s because it is true), simply that it was “homophobic” or “transphobic” (whatever that is) and that people might commit suicide.

One can only deduce that they do not dispute the facts.

Why is the Star Observer phobic about these being known on Twitter?

I also took aim at children’s entertainers The Wiggles for performing at mardi gras.

Here’s how the Star Observer reported my Wiggles Tweet:

Prior to his attack on Albanese, Shelton also targeted popular Australian children’s musical group The Wiggles over their performance at the Mardi Gras, which he called “an indecent event”. Shelton claimed that the “invitation to children’s entertainers The Wiggles to perform at the mardi gras is particularly disturbing and quite frankly, creepy.” 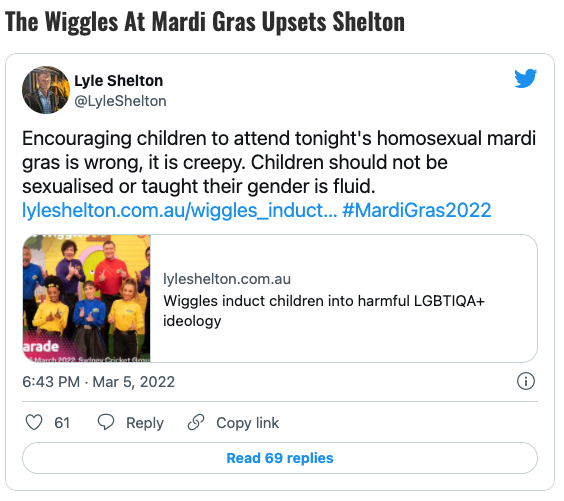 Anyone who knows anything about what the Sydney gay and lesbian mardi gras stands for knows it is no place for kids. 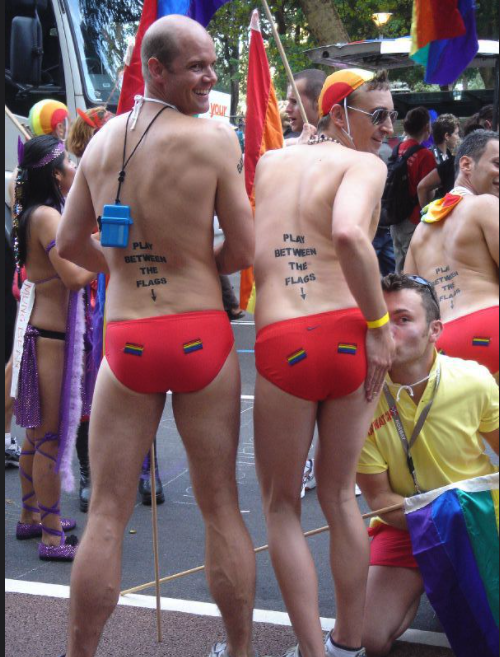 But again, the Star Observer doesn’t debate, it demonises.

This is how cancel culture works.

They can’t explain why a festival famous for its nudity and lewdness is a place for a Wiggles audience of tiny tots.

As Christians and conservatives we must speak up for the innocence of children and the truth about their gender.

Biology is not bigotry. Teaching children their gender is fluid is dangerous and leads to irreversible experimental chemical and surgical treatments increasingly regretted by many later in life.

That is what the “T” - for transgender - stands for in LGBT etc etc.

Children should not be exposed to sexualised content at adult festivals, that is called grooming.

Because we are for children, we are necessarily against the ideology of LGBTIQA+ culture and political activism which is being imposed upon our society.

There must always be freedom to speak about this in the public square.

Too many people confuse debating an ideology as being against people.

This is a conflation the Left makes to claim false victimhood status and avoid debate.

Too many fall for it, minds in neutral.

That’s why the Sydney Star Observer puts up a trigger warning instead of an argument.