Will rugby league ban the Bible?

Will rugby league ban the Bible?

Since when did rugby league decide which Bible verses can and can’t be quoted?

Since Israel Folau’s announcement on Friday that he’s seeking a return to the game with Clive Palmer’s Southport Tigers club in the Gold Coast A Grade competition, that’s when.

Folau was sacked from Rugby Union for quoting the scriptures. 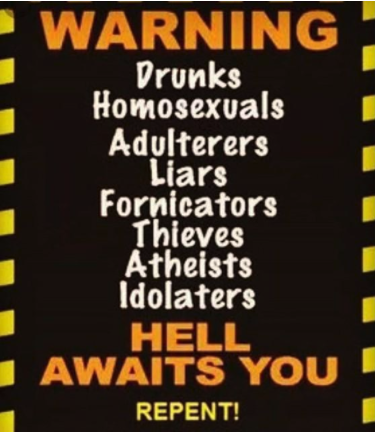 Now the QRL is setting itself up as theologian-in-chief because it thinks the views of followers of Jesus are “divisive”.

That should send a chill down the spines of every Christian. Which of us will be cancelled next?

What the QRL doesn’t realise is that Jesus himself is described by the Apostle Peter in 1 Peter 2:8 as a “rock of offense” – a first century way of defining “divisiveness”.

It has always been such. Humans must choose life or death, heaven or hell, Jesus or the other guy.

But in recent centuries we’ve learned the value of toleration where we can agree to disagree with one another and still get on.

Up until five minutes ago, preachers could preach about sin and forgiveness and those who disagreed did so without interfering with the freedom of Christians to say hard things.

Now sporting bodies decide who will be cancelled for religious views they deem theologically incorrect.

But what is worse is that they are being driven by a small but well-organised LGBTIQA+ political movement which will not tolerate anything but the public celebration of homosexuality and gender-fluid ideology.

These are modern day Shibboleths – bow or be removed from polite society.

And now they are playing the suicide card.

Robert Craddock reports in the Daily Telegraph today: “One significant document sent from a private researcher (to the QRL) included figures claiming the greatest discrimination in sport concerns young people who are part of the gay and lesbian community and it has caused a spike in suicide rates”.

I’d love to see this research. No one wants to see anyone committing suicide for any reason, not Israel, not me, not any true Christian in Australia.

Christians must be free to proclaim the Gospel, including the parts that say human sexual flourishing is only truly found in monogamous married heterosexual relations.

The rainbow lynch mob’s strategy is typecast the Bible itself as “harmful”, to threaten your employment and bully sponsors.

This is all dangerous of Christians and for civil society itself. But they are the mouse that roared.

As the Australian Christian Lobby’s recent polling showed, the fans are not the least bit interested in rainbow politics running their game.

They want Izzy back on the paddock.

For their part, Palmer and Folau seem determined to push through. They have threatened to sue the QRL if they have not made a decision by the middle of this week to admit Folau to the comp, a gateway to returning to the big time in the National Rugby League.

For his part, Folau is not backing down.

“As a Christian I stand for the Bible and what the Bible says. Every written word that’s written in that book, I stand by that,” he said at his press conference with Palmer on Friday when his comeback was announced.

Don’t you love his courage?

The social media post that got him sacked from Rugby Union was a paraphrase of Galatians 5:19-21 and 1 Corinthians 6:9.

“Or do you not know that the unrighteous will not inherit the kingdom of God? Do not be deceived: neither the sexually immoral, nor idolaters, nor adulterers, nor men who practice homosexuality.”

Christians need to realise that it is not just Folau the rainbow activists want cancelled. It is the very Gospel of Jesus.

Remember, the second part of Izzy’s social media post was that forgiveness awaits all those who repent from sin, including the sin of same-sex sexual acts.

Christians believe all of us are sinners, and most people in an honest moment of reflection would agree.

People might disagree what constitutes sin but the Bible makes clear what is in, and what is out, whether modern woke culture likes it or not.

True tolerance and love says we can agree to disagree and still participate together in civil society.

Rainbow politics says you can’t disagree with its world view and play football.

But, as I said, it’s not about the footy for these activists. It’s about cancelling the Bible and anyone who wants to preach the whole counsel of God, not just bits of it.

That’s why it matters whether or not Izzy plays.

The irony is that the French Super League club, the Catalans Dragons, want Izzy back after he returned to Australia for compassionate reasons after resuming his professional football career there last year.

The Christian Democratic Party is supporting Mark Latham’s religious freedom bill which is before the NSW Parliament.

We will be seeking to ensure that it covers the Folau scenario. The Bible must not be banned.