The Education Minister needs to do better.

The New South Wales Education Minister, Sarah Mitchell of the Nationals, likes to point out that the so-called “Safe Schools” indoctrination program has been abolished.

But what she can’t explain is why gender fluid ideology keeps rearing its head in kids’ classrooms and teachers’ staff rooms.

Clearly there are forces more powerful than the minister at work in NSW schools.

Yesterday in Question Time, she was asked to explain three separate examples of rainbow ideology in schools. 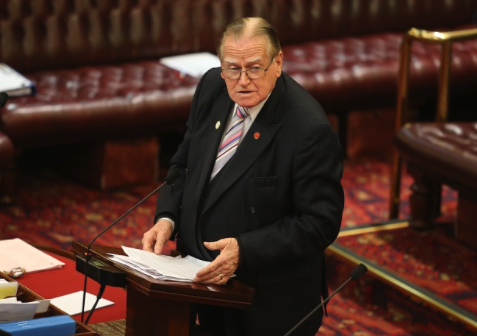 A concerned mother has contacted my Parliament House office, writing: My son's K-12 school community were told they will celebrate IDAHOBIT day on May 17. In celebration, all children were to come wearing LGBTI rainbow shirts. My son, who is 12 years old, took the day off as it is an offence to his cultural and religious beliefs. Further, he believes if he went to school he would cause division and bullying of him if he would not wear the LGBTIQ rainbow shirt as others were doing and teachers were promoting. My question is this: Is it okay for children to say no to participating in political events like the International Day Against Homophobia, Biphobia et cetera?

Mitchell did not deny that IDAHOBIT (International Day Against Homophobia, Biphobia, Intersexism and Transphobia) events were occurring in schools to celebrate homosexuality and gender fluid ideology. 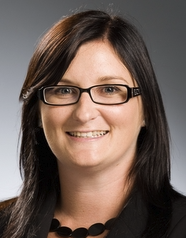 “If parents want to object to being involved in an event due to religious reasons, which I think is what the member raised in his question, they are able to do so,” Mitchell told Parliament.

That of course is not the point. Why are children being indoctrinated in the first place and why are those families who believe in man-woman marriage and the science of biological gender being made to feel like bigots?

Wouldn’t it be better just to keep identity politics out of the classroom?

Asked by One Nation leader Mark Latham about gender fluid ideology resources being sent to teachers at Denison College of Secondary Education in Bathurst, Mitchell said she was unaware that this was happening.

Latham later asked her a second question about a podcast resource in schools which promotes gender fluid ideology.

I refer the Minister to her answer on the Notice Paper saying that the Grow Your Mind consultancy, with its lessons on animal yoga and "shark versus dolphin" thinking, is being funded in 60 New South Wales government schools. Is the Minister aware of the podcast produced by Grow Your Mind, particularly on 23 February when an 11-year-old girl asks a boy if she has a crush on a student called Jess? When he answers no, the girl asks, "Are you a girl trapped inside a boy's body?" That is, the boy must be transgender because he does not have a crush on Jess. Is the Minister aware of how the podcast continues with a female student saying these people think she is "a boy trapped in a girl's body"? Despite repeated warnings about Grow Your Mind, how has the Minister allowed this dangerous nonsensical rubbish into our schools and why has she failed so badly in her duty of care to these primary school students?

The mind boggles that this sort of material is being presented to children in a state that has supposedly abolished “Safe Schools” and is governed by a Coalition government.

Michell responded: “I am not aware of the specifics of that particular podcast that the member is referring to or indeed that program”.

And therein lies the problem.

Clearly forces more powerful than the Education Minister are at work in NSW schools.

If a Coalition Government can’t weed out gender fluid ideology and rainbow politics, what hope is there?

The answer to that is to send them a message at the next election by voting CDP.

That’s the only language politicians understand.