A free people never concedes loss of control over their government

If you are worried about Big Government don’t just howl at Sky after dark.

If we truly believe we live in a participatory democracy, we should not fear downloading the government’s COVIDSafe app.

I don’t mean to be naïve. I’m the first to concede that there is much broken in our politics and therefore good reason not to trust government.

I get that government’s first instinct is to grow itself and aggregate power. What better tool than a tracking app?

I’ve seen first-hand the treachery and laziness of politicians, especially when it comes to standing up for basic freedoms.

Ten years as a lobbyist in Canberra left me disappointed and tortured by demons of cynicism.

But the tools of democracy remain, even if corrupted by those who play power games and the apathetic.

“We the people” still have ultimate control if we choose to use the tools.

If we participate, there is nothing that government does that can’t be undone. The left believes this but the centre right sadly doesn't.

Numbers of politicians and commentators on the right have flat out said no to downloading COVIDSafe.

Reasons range from handing over more control of our lives to government to the risk of hackers, foreign and domestic, accessing private data.

These are valid concerns. 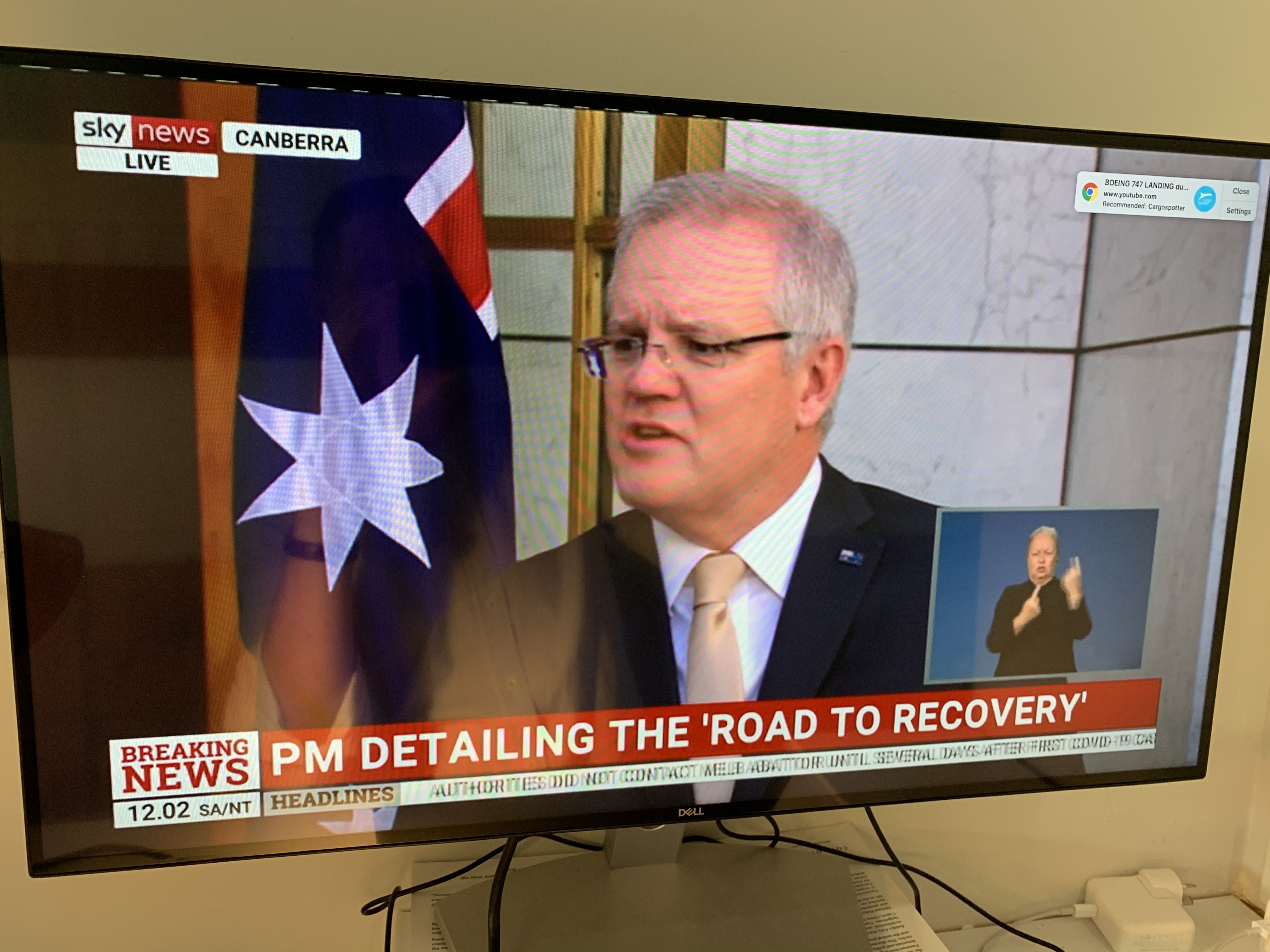 It is right that the Morrison Government offers the app on a voluntary basis although it needs to watch its “if you want to go to the footy again, download the app” rhetoric.

But our broken politics has fuelled distrust, leaving the download numbers well-short of the 40-50pc of the population needed to make it effective.

Distrust of government is felt keenly by conservatives and libertarians who have good reason to fight its ever-increasing encroachment into every area of our lives.

This is usually at the hands of the left but sadly rarely ever undone when the right holds power.

The left love the nanny state and Australia’s most left-leaning politician, Victorian Premier Dan Andrews, appears to be enjoying his totalitarian moment in the spotlight far too much.

I’m not technical but I’m told the Bluetooth pinging of the COVIDSafe app is to other devices and metadata is not collected, unlike other common apps that most of us have downloaded.

Paradoxically, good often comes out of terrible crises. That 172,000 people have died (97 in Australia) before their time and people’s financial prospects have been smashed is tragic.

But fighting the Wuhan virus has brought us together around our leaders who have all done an outstanding job in the first phase of flattening the curve. Yes, even Dan Andrews.

Distrust in politicians has been put aside for genuine trust and genuine admiration from most people of Scott Morrison’s leadership in particular.

People have loved watching our politicians work together. They pine for this.

Australians have cooperated with the lockdown and have copped the hit to their livelihoods with good natured acceptance that it is for the greater good.

Coffee shop owners and other small business operators I have spoken to, obviously bleeding cash, have been remarkably stoic.

Without a hint of bitterness they are taking the hits, trusting.

The hard measures and our island continent have saved our health system from becoming Italy, New York or Spain.

We’ve not had people dying in the corridors of overwhelmed hospitals nor have we had refrigerated trucks lined up outside morgues to take an overflow of corpses.

Yesterday’s announcement by Morrison of a three-step recovery plan beginning immediately, subject to the states, is a morale boost.

We can quibble about whether National Cabinet should have moved two weeks ago or even a month ago when it was clear the curve had flattened.

These are tough decisions and erring on the side of caution in the face of a highly infectious virus is understandable.

But now we have the hospital capacity and the testing capacity to contain and trap further outbreaks allowing us to proceed with confidence to getting the economy cranking again.

And that’s where the COVIDSafe app comes in.

The more of us that have it downloaded and pinging to other people’s phones close by the better.

If one of us contracts the disease, state health authorities can then contact anyone quickly who has been near us.

It’s an ingenious way to keep this thing suppressed so we can rebuild our shattered economy.

We should always be worried about the accumulation of power by government. But we should only fear this if we have lost control of government.

Perhaps this is why conservatives and libertarians are worried.

Apathy and ignorance have taken control of our body politics like a coronavirus, handing enormous power to government.

We’ve seen the left through GetUp and the rainbow mouse that roared exercise disproportionate influence to build unreasonable government control.

But the vaccine is participation by virtuous people and the sunlight of truth spoken publicly. Achieving both will take more courage than has been on hand in recent years.

While ever we have free elections, which we do in this country, governments can always be brought to heel.

For too long the left have been vocal and sadly, persuasive. It’s time for the centre right to participate as well.

Opposing the app for fear the government will never relinquish control is an admission that “we the people” have lost control of our government. A free people should never concede that.

If we keep grumbling while watching Sky after dark and reading centre-right blogs without acting, we deserve what we get.

Make no mistake, the left will keep the tracking app and extend it from Bluetooth to satellite tracking by government if we let them.

World War II taught us harsh measures could be temporary. Food and petrol rationing were phased out. While income tax powers were not returned to the states, there is an acceptance of its efficacy in the hands of the Commonwealth even if we rightly grumble about the quantum.

It is up to “we the people” to make sure necessary virus-fighting measures are wound-back once the crisis has passed.

Downloading the app will bring us closer to that day.