Are we ‘conducting live experiments’ on vulnerable children?

Are we ‘conducting live experiments’ on vulnerable children?

Ignoring the risk of life-long infertility and reduced bone density, a Queensland judge has consigned a 12-year-old boy to puberty blocking drugs.

Despite growing evidence of the harm it is causing, LGBTIQA+ gender fluid ideology is proving difficult to put back in its box.

I’ve said before that Australians were hoodwinked during the 2017 same-sex marriage debate because rainbow political activists were never going to stop with de-gendering marriage.

Yesterday news broke of a Queensland Supreme Court ruling allowing a 12-year-old boy to be put on experimental and dangerous puberty blocking drugs against the will of his father.

Justice Ann Lyons’ precedent-setting ruling was handed down on December 18 and refers to a 12-year-old boy who is “shortly to turn 13” but wants to live as a girl.

The court judgement, which you can read here, makes no reference to the recent United Kingdom High Court’s Tavistock decision which ruled that children are in no position to provide informed consent when it comes to taking chemicals to block their natal development.

Justice Lyons’ ruling was handed down more than two-and-a-half weeks after the Tavistock decision made international headlines.

One would have thought the Queensland Supreme Court, and the media covering the ruling yesterday, had access to Google.

Some intellectual curiosity could have prevented a terrible mistake but at least ensured the public was better informed.

The case against London’s Tavistock gender clinic was brought by a 23-year-old woman, Kiera Bell, who as a child was prescribed puberty blockers and later went on to have both healthy breasts removed. 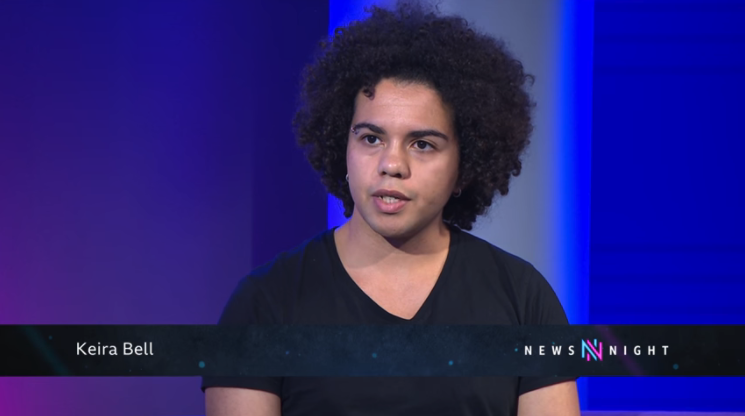 Bell, who came to bitterly regret her “transition”, was joined in the case by the mother of an autistic girl.

The Queensland boy, referred to in Justice Lyons’ judgement as ‘A’, is also autistic, a condition common in many children seeking to transition from their biological gender.

Medical evidence of the harm of puberty blockers was provided to the court in an affidavit from an endocrinologist referred to as “Doctor C”.

“She (Dr C) notes that there are some risks of sub-optimal bone mineral accrual which improves on cessation of treatment and a risk of impaired fertility, as well as other side effects of risk of low blood pressure and elevated blood potassium levels,” Justice Lyons writes.

However, Dr C’s evidence, while disturbing in its detailing of potential harm, is in stark contrast to that heard by the UK High Court from British medical experts.

Here’s what the Daily Mail reported this week:

“Among the devastating statements (heard by the British High Court) that can now be divulged is one from Professor Christopher Gillberg, an expert in child and adolescent psychiatry, who believes prescribing drugs to delay puberty – a first step in gender treatment – is a scandal and tantamount to conducting 'a live experiment' on vulnerable children.

'In my years as a physician, I cannot remember an issue of greater significance for the practice of medicine,' he said.

'We have left established evidence-based clinical practice and are using powerful life-altering medication for a vulnerable group of adolescents and children based upon a belief.'

In their statements, Prof Gillberg and other leading medical experts revealed:

- Puberty-halting drugs can harm a patient's brain and bone development;

- Clinics are urging gender-changing teen girls to choose sperm donors to fertilise eggs before freezing them;

- Medics are failing to warn about the infertility risks posed by puberty blockers;

- Children who regret treatment find themselves 'locked' into new bodies;

- Internet sites persuade autistic children they are transgender when they simply have 'identity issues'.”

In Queensland, the Labor Government of Annastacia Palaszczuk recently made it illegal for health professionals to provide any treatment or counselling which does not affirm a child in their desire change genders.

In effect, Justice Lyons had no choice but to grant the mother of ‘A’ permission to override the fathers’ wishes and ply the child with experimental puberty blockers.

The judgement indicates there are issues of family dysfunction with the father and son not having spoken since 2017 and that the father “has an interstate criminal history”.

Nevertheless, an alarming precedent has been set for future cases where parents might disagree on controversial gender treatments.

Harrowing evidence of self-harm and mutilation in relation to the boy’s genitalia was referenced in the judgement.

But as today’s Weekend Australian also reports of another family’s heart-rending ordeal with a child seeking to change gender, seemingly part of a mainstream media campaign to normalise gender transition, one wonders if these children are ever told about the growing number of de-transitioners like Kiera Bell.

Are parents told that we are in the grip of an unprecedented epidemic of children suffering gender confusion?

The secretive gender clinic at Victoria’s Royal Children’s Hospital was compelled under freedom of information laws to reveal that the number of children presenting with gender confusion had skyrocketed by 1700 percent between 2012 and 2019.

If children were not taught at school and through popular culture the lie that their gender is fluid, would they be less likely to threaten self-harm as part of their demands for blockers, cross-sex hormones and in some cases irreversible surgery?

This week’s Queensland Supreme Court ruling is a further advancement of the LGBTIQA+ political agenda and its associated harmful gender fluid ideology.

Make no mistake, all of this flies under the totalitarian rainbow flag – the same flag that spooked Australians to vote to redefine marriage on pain of being labelled bigots.

It will be interesting to see if Kiera Bell-type figures in Australia emerge in the future and take the gender clinics to court.

Justice Lyons issued a suppression order banning the publication of the name of the gender clinic at which child ‘A’ is to be treated.

There should also be a reckoning for the politicians whose “safe schools” programs have enabled the gender confusion epidemic to spread amongst children like Covid-19, only with far more devastating consequences.