Not even in war time have governments spent like the Morrison Government is spending. 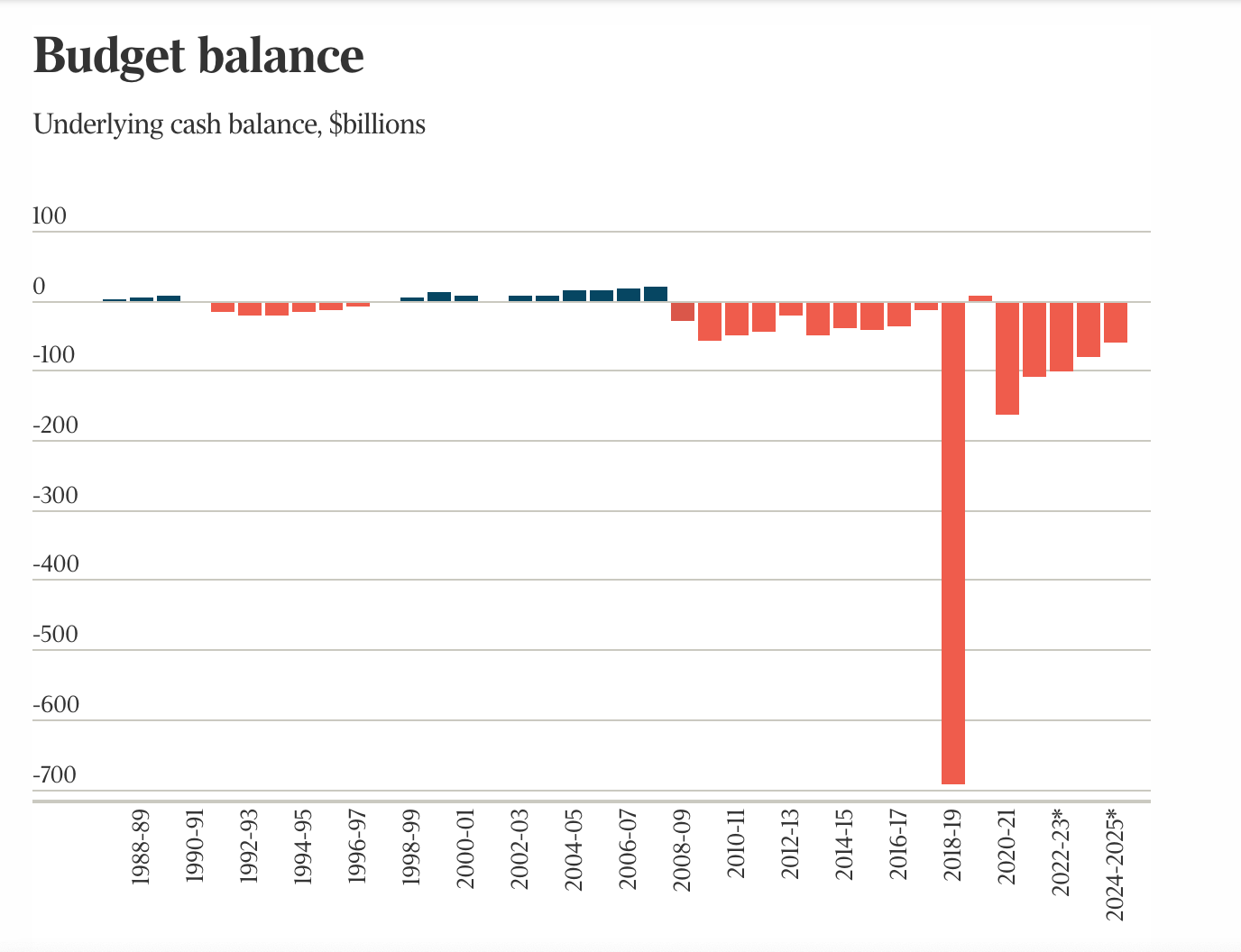 I get that we are in a pandemic (caused by the Chinese Communist Party) and that measures are needed to prop up jobs and support affected sectors of the economy.

Government debt-funded spending was and is needed at a time like this. 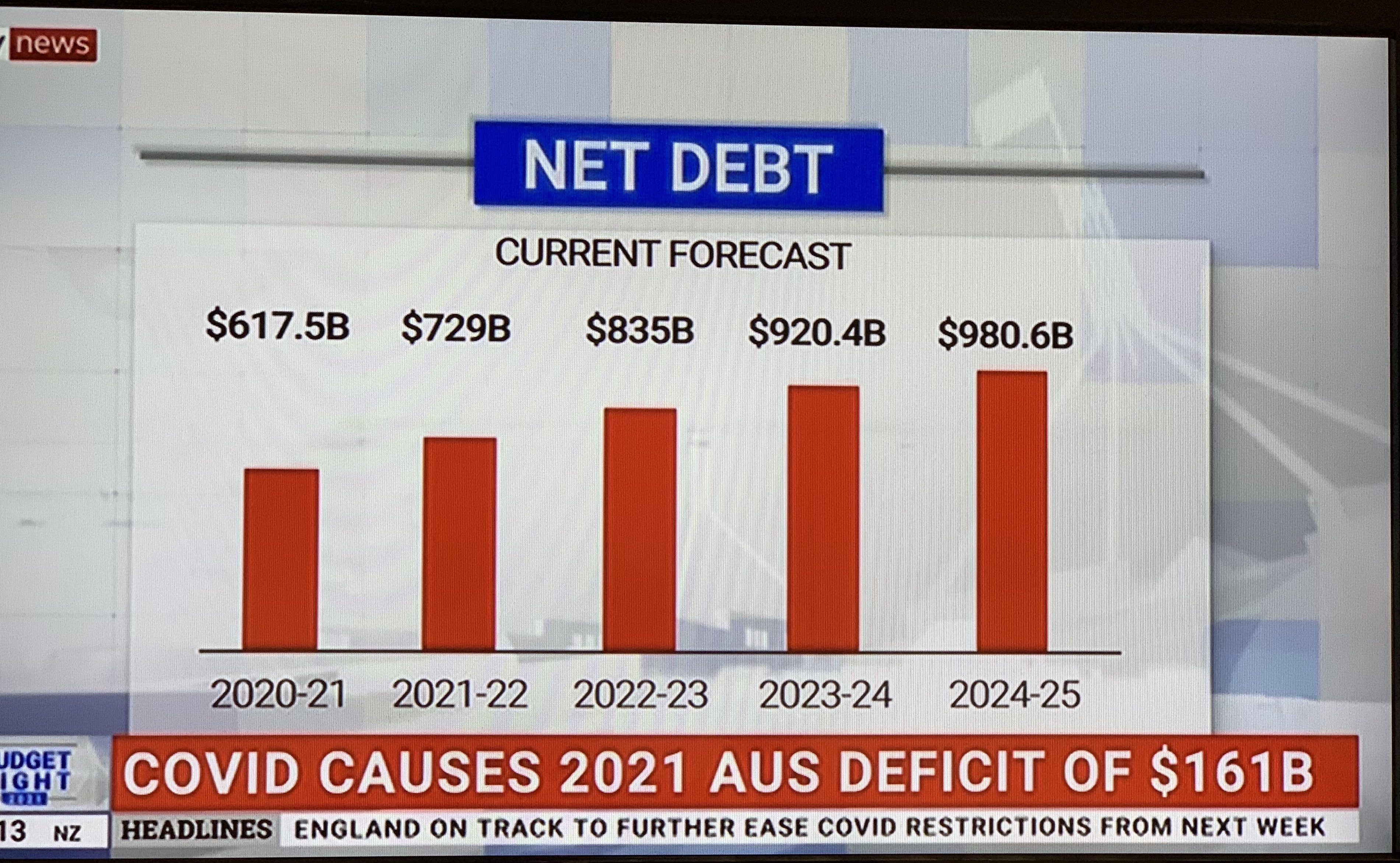 The question future generations will ask is did we overreact and saddle them with outrageous debt?

I think we have.

We are in for at least a decade of debt which our kids will have to pay back.

It’s nice that tradies can get new utes and that there are subsidies for new home buyers.

But instead of throwing borrowed cash around, wouldn’t housing affordability be better fixed by releasing more land? This is the world’s most sparsely populated continent after all (not counting Antarctica).

If you are in debt, you don’t splash out on a new Ford Ranger.

It’s important that we fix aged care and $17 billion over four years has been allocated to restore dignity to seniors.

With interest rates for government borrowing at around 0.88 per cent, the government says it can justify this binge on the national credit card.

But with the rest of the world also awash in red ink, particularly our allies like America and the UK, we are vulnerable to interest rate rises and economic shocks.

Will modern monetary policy, essentially the printing of money by governments, undermine the value of currencies like the US dollar and lead to damaging inflation?

History would suggest it will. Just look at the Weimar Republic, Argentina, Venezuela etc.

We’ve kept the virus out of Australia but at eye-watering cost.

Billions were last night allocated to fix another big political problem for the Prime Minister – his perceived “women’s problem”.

Tonight’s budget seeks to inoculate us against an epidemic of domestic violence. As Frydenberg pointed out in his speech, “one in four women experience violence from a current or former partner”.

“This must stop,” he rightly said.

But again, we throw money at the problem, some of which will undoubtedly help.

But what if we dealt with underlying causes? For instance, what impact does fatherlessness have on the failure of young men to grow up to be gentlemen? The Left’s war on fathers is what has generated “toxic masculinity” but they are too blind to see it. Even the word gentleman is verboten, but gentlemen don’t rape and bash women.

Jarryd Hayne would not be behind bars if he adhered to this code, instead he demanded a quickie from a young woman and violently took it while his taxi waited.

Some money for research into that would have been a wise budget investment but I suspect it is too hot to handle, even for a conservative government headed by a Pentecostal Prime Minister.

Where were the measures to end the taxation discrimination against families where one spouse, usually a mother, chooses to work in the home?

Queensland Senator Matt Canavan was courageous posting this meme on social media the day his government’s budget again ignored the inequality against a class of women the Left seek to discourage and demean. 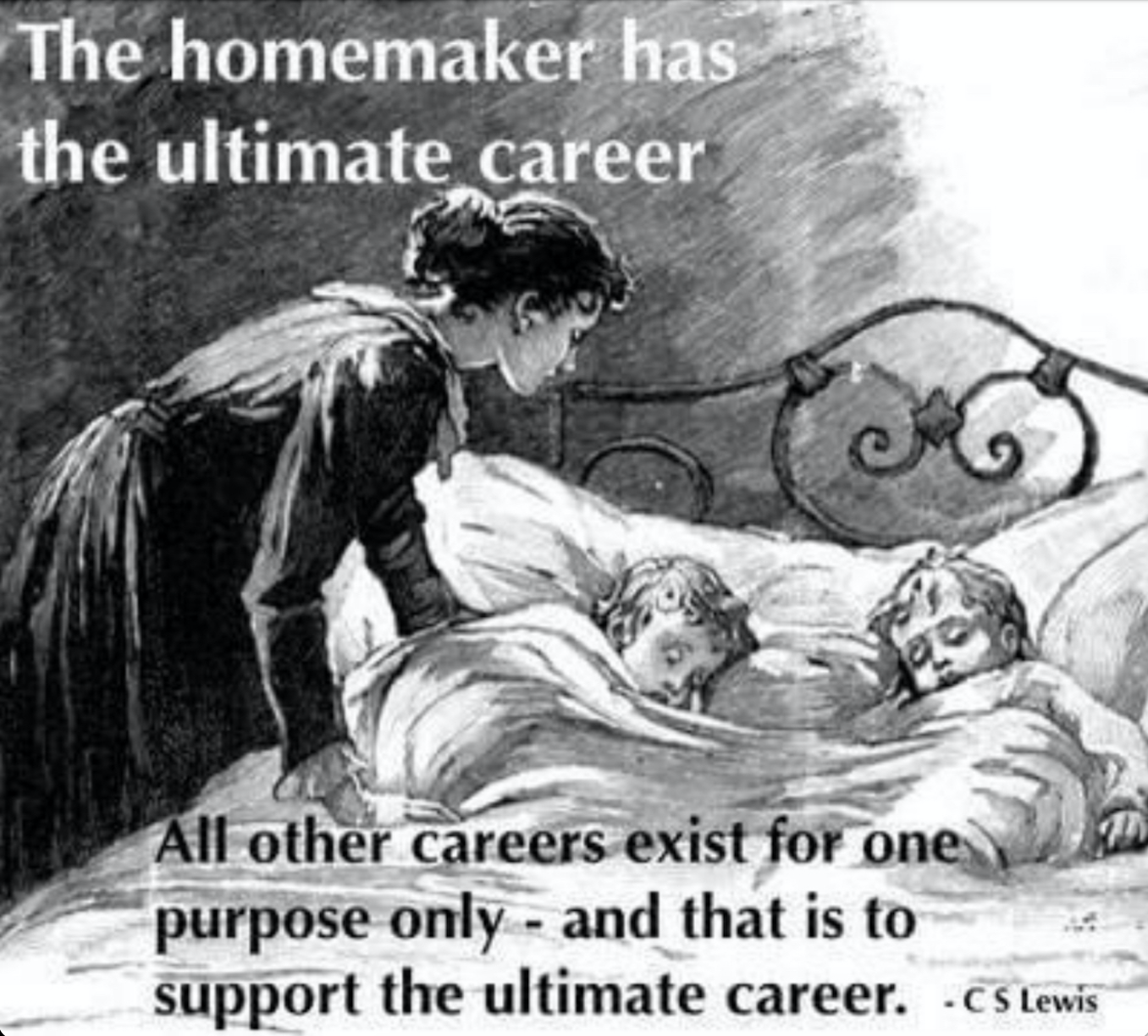 Then there was this clanger in Frydenberg’s speech.

“The Government is also providing in this Budget new funding for…. genetic testing for pregnant women.”

This means taxpayer-funded enhanced screening for defects in unborn babies so couples can choose to kill imperfect babies in the womb.

I thought the world was done with eugenics 75 years ago.

The budget boost to “reproductive health” is also a euphemism for killing unborn children on the taxpayers’ dime.

I get that most Australians probably support early stage abortion but polling shows they don’t like late-term despite the rush of state governments recently legislating abortion-to-birth.

But why force those of us who conscientiously object to pay for it?

Apart from unborn babies and their inevitably wounded mothers, the other loser from tonight’s budget is the global poor.

It is now around $400 million, a drop of around 2pc. It goes down every year.

We are a rich nation and we’re spending plenty on non-essentials for ourselves tonight.

Even if our motive was to cut the CCP’s grass, we should be more generous to the world’s poor.

To whom much is given, much is required.

We are a materialistic nation obsessed with our own comfort.

The fact that no one really cares about the debt, the global poor, women who choose to work in the home and unborn children bears testament to that.