Sherdian's point lost in the pile-on

David Speers should not allow himself to become a mouthpiece for the company line.

It is now Thursday but this has stuck in my craw since Sunday.

It was so disappointing to hear the former Sky News journalist David Speers, now host of the ABC’s Insiders, finish the show with a comment on behalf of his new employer.

It was a comment that would have been better coming from the managing director, David Anderson, or even the chair, Ita Buttrose, not a journalist.

In the popular “final observation” segment the week before, Sheridan used his opportunity to unload, quite justifiably in my view, at the national broadcaster’s bias against Pell. 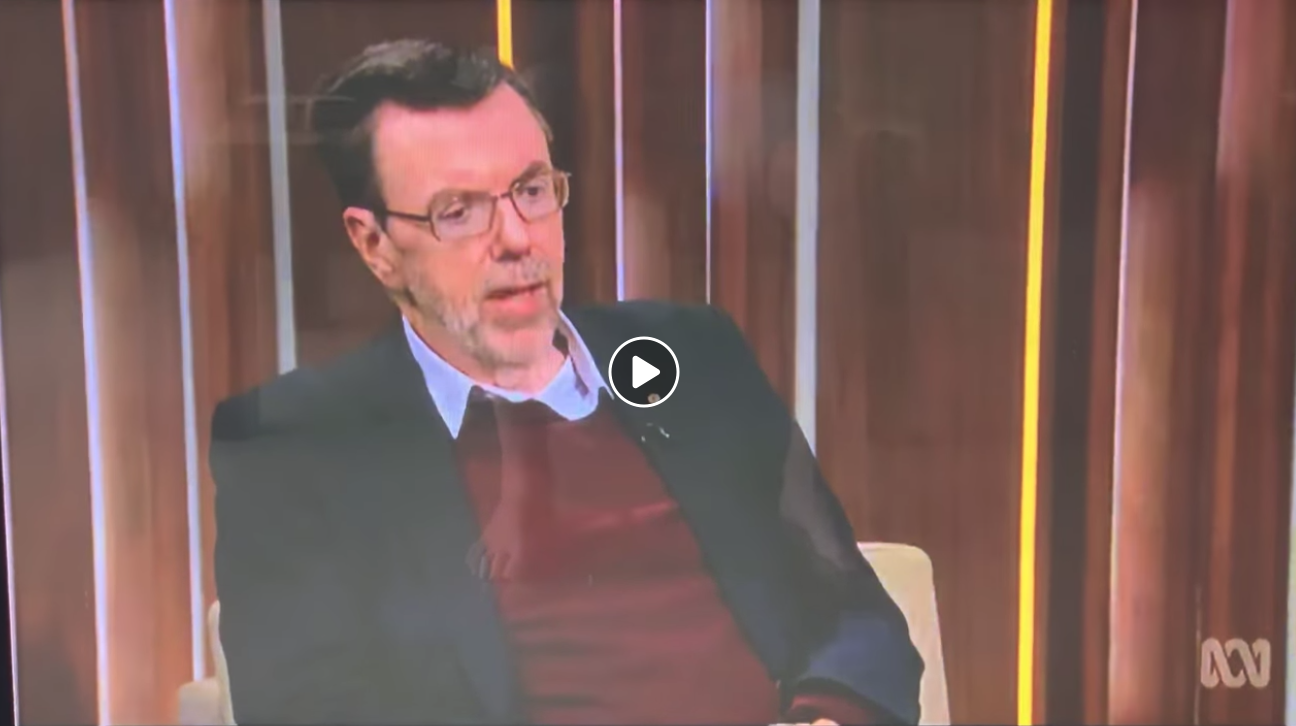 “I think the ABC was tremendously unfair to George Pell over the last five or six years. The leadership needs to reflect on this. In particular the point I’d make is the effect of the ABC, if not its intent, is very often monolithic. If the current affairs and news take a set against someone, all of their non-specialist journalists follow the lead of their specialist colleagues.”

Where Sheridan came unstuck was in referencing the foul-mouthed satirist Tim Minchin’s song, “Come home Cardinal Pell” with its despicable line “I think you’re scum”, as an ABC commission.

It was not commissioned by the ABC but Minchin’s close association with the ABC and the ABC’s frequent playing of the song, along with other media, could easily give the impression it was commissioned.

It’s a shame Sheridan made this error of fact, but his substantial point about ABC bias remains.

Sadly, that was obscured in the faux Twitter outrage that followed.

So often the left gets a leave pass when someone from the centre right makes a mistake.

The left know that the pile-on protects them from proper debate.

What is also remarkable in the lead-up to the Sheridan controversy, is that Insiders had chosen not to include any commentary on the quashing of the Cardinal’s conviction by High Court of Australia.

I don’t accept that if Pell’s conviction had been upheld, that this would not have been the subject of considerable analysis on the Insiders’ couch the next week.

But the Sunday after the court ruled Pell innocent, April 12, Insiders was mum.

And the silence probably would not have been broken if Sheridan had not raised it on the 19th in his final observation.

Because Sheridan got the last word, the final observation segment on April 26 became a pile-on on Sheridan with panellists Virginia Trioli and Peter van Onselen, both ABC radio hosts, sinking the boot in.

Finally Speers wrapped the show up with this:

“We (the ABC) are not above criticism but the ABC does stand by its reporting on the George Pell matters.”

As I said earlier, this is something Anderson or Buttrose should have said, not one of their most respected journalists. Why should it fall to Speers to defend the one-sided reporting of Louise Milligan, 7:30 or Four Corners?

Given Pell was emphatically cleared by the highest court in the land, leaving egg all over the faces of leading ABC journalists, the corporation has legitimate questions to answer.

It’s not for journalists to parrot the company line, they need to stay objective whether they work for the ABC or Rupert Murdoch's News Corporation.

Sadly, the “final observations” spat has been the extent of Insiders’ coverage of the biggest miscarriage of justice since Lindy Chamberlain.

Conservative commentators have chronicled the ABC’s championing of Pell’s guilt, likening it to a witch hunt – a legitimate observation given the mud the ABC has thrown at Pell.

Many ABC journalists and personalities still refuse to accept the High Court’s 7-0 verdict. It was sad that Speers chose to be the mouthpiece for the monolith.

Imagine if a News Corp journalist spoke like this on behalf of the company. At least News Corp, unlike the ABC, employs journalists who express a diversity of political opinion.

It was to Speers' credit that he invited Sheridan to be a panelist. The Insiders' couch has become almost a conservative free zone with Gerard Henderson the last man standing. Or sitting, as the case is on Sunday mornings.

Speers would have done a greater service to journalism if he had used his new show to dissect the implications for the law, media and politics of the Pell acquittal.

Some reflection on the ABC’s prominent role in the Pell matter was warranted.

Instead, the ABC has shown about as much self-awareness as Malcolm Turnbull in his political memoir.