The terms “mother” and “breastfeeding” are out. “Birthing parent”, “chestfeeding” and “human milk” are in. Welcome to Mothers’ Day 2021.

On the eve of Mother’s Day, news has broken of the LGBTIQA+ political movement’s latest push to entrench the fantasy that men can be mothers.

The Weekend Australian’s Bernard Lane reports today that the Australian Breastfeeding Association has released a transgender-inclusive guide for “people who chestfeed”.

In rainbow PC-speak this is called “human milk feeding”. 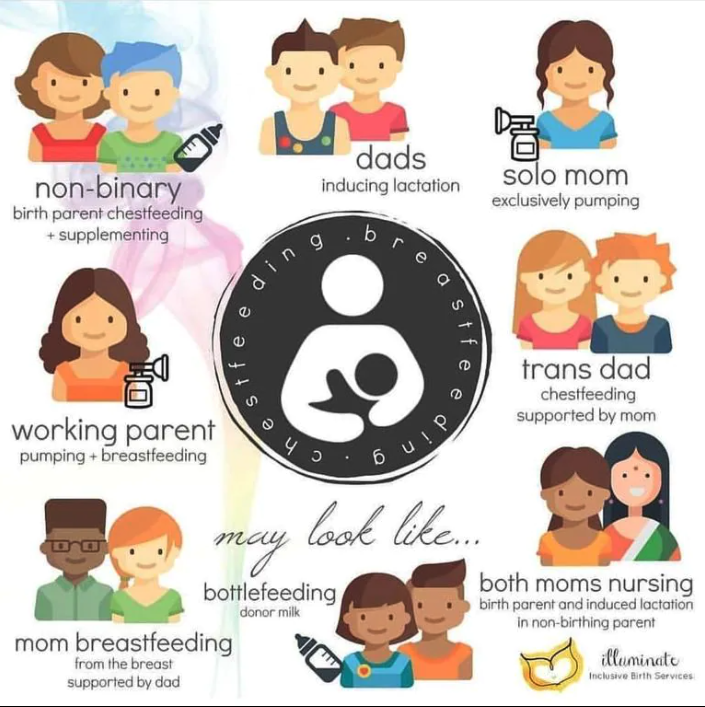 But is whatever a bloke produces artificially healthy for babies? It is not clear.

Sadly, the rainbow radicals don’t seem to care because “inclusiveness” is more important, apparently, than the welfare of a baby.

Lane reports that the guide is in the form a booklet that cost $20,000 and was produced in conjunction with the activist group Rainbow Families.

This group advocates for intentionally denying children the love of their mother or father so that same-sex couples can acquire children.

It would be very surprising if the money for the guide did not come out of the pockets of taxpayers.

Lane quoted a whistle-blower from the ABA who spoke on the condition of anonymity.

This is testament to the fear in which people live in this post same-sex marriage environment. Speaking freely, even if it relates to child well-being, is no longer an option.

Not only is this political movement trashing motherhood, it is trashing the fundamental freedoms Australians once held dear.

Full credit to Lane for being virtually alone in Australian journalism in having the curiosity to investigate and expose this nonsense.

His article references the global breastfeeding body La Leche League which has already adopted activist language, as you can see by the images reproduced in this post.

It looks like the ABA is caving to the pressure.

In recent months the term “chestfeeding” has been promoted by hospitals and universities around the world as part of a coordinated push by rainbow activists to normalise that which is not normal.

The terms “mother” and “breastfeeding” are out. “Birthing parent”, “chestfeeding” and “human milk” are in. Welcome to Mothers’ Day 2021.

Those of us who grew up with John Farnham’s music can only wonder “what about the age of reason?”