Human rights for the unborn

One Queensland political party will move to wind back Jackie Trad’s abortion-to-birth laws.

The killing of unborn babies, paid for by you the taxpayer through Medicare, is undoubtedly one of the most vexed issues of our time.

Sadly it seems to have support of most Australians.

Whether that support is based on proper information is another matter.

But it does seem most people would rather avert their eyes than consider what their eyes see on an ultrasound screen. 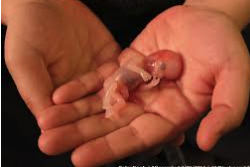 In the same way an unborn baby recoils at the initial probing of the abortionist’s instrument, we recoil at informed debate.

As a result, we have had decades of abortion-on-demand culminating in the practice being scrubbed from the criminal code in most states.

Proper figures are not kept but it is estimated 80,000 Australian babies are aborted each year.

Apart from the pro-life movement, which is ignored by the body politic and the media, no one seems to care.

That’s why a story which appeared in yesterday’s Brisbane Times matters.

An unnamed spokesperson for the LNP said if it won government it would "review gestation limits, counselling arrangements and protections against abortion coercion". 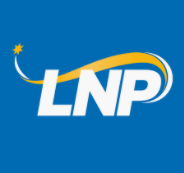 While this won’t completely stop the killing, which sadly seems to be supported by a majority of Queenslanders, it will assist many women and will save many babies’ lives.

This is a progressive move by the LNP.

The former Queensland deputy Premier Jackie Trad in 2018 led the charge for abortion-to-birth legislation with her aim being to ensure there were no limits for abortion, gestational or otherwise.

Polling shows the majority of people are deeply uncomfortable with late term abortions, something that did not bother Trad in her abortion enthusiasm.

Reviewing counselling arrangements, where the only advice a woman often gets is from the organisation killing her baby, would be a big improvement.

Criminalising men like rugby league “stars” Tim Simona and Bruce Cartwright for coercing their girlfriends to kill their babies would also be a win for women.

The LNP's moves are testament to the work of good people within the party’s various units and policy making forums who have been willing to make a coherent argument and convince fellow party members that change is needed.

It was great to see the Brisbane Times report:

At last year's LNP state convention, where party members come together to set policy direction, a resolution was passed calling for a future LNP government to legislate "that babies born alive during a late abortion [post-20 weeks] be given the same protection under the law as any other newborn child".

It's a measure of how debased our society has become that a motion like this was needed. Sadly, there have been hundreds of cases of babies born alive and left to die after botched abortions in Queensland alone. It's one of abortion's many dirty secrets.

It's fantastic to see a major political party finally recognise this.

Abortion enthusiasts like Trad fear open debate because they know support would melt if people knew the truth. If only mothers like Jaya Taki and Miss X knew they had other choices than to give in to the bullying of Simona and Cartwright.

For progress on protecting women and unborn babies from the horrors of the abortion industry, your action at the ballot box on October 31 is required.