How our apathy is literally killing us

With Labor dominant, nothing short of a mass movement of Queenslanders demanding palliative care funding instead of killing will stop euthanasia.

Australia is quietly crossing a healthcare Rubicon and most people are clueless.

After more than 100 hours of debate, the West Australian Upper House this week followed Victoria into the abys of doctor assisted killing and voted for euthanasia.

Well done to Liberal member Nick Goiran for moving over 25 amendments to try and make a terrible bill less terrible.

So-called Voluntary Assisted Dying (VAD), a euphemism to disguise a practice normally reserved for animals, is likely to be rubber stamped by the Lower House next week.

Speaking of the corrupting of language that aids leftist causes, the West Australian called it the “rest in peace laws”. 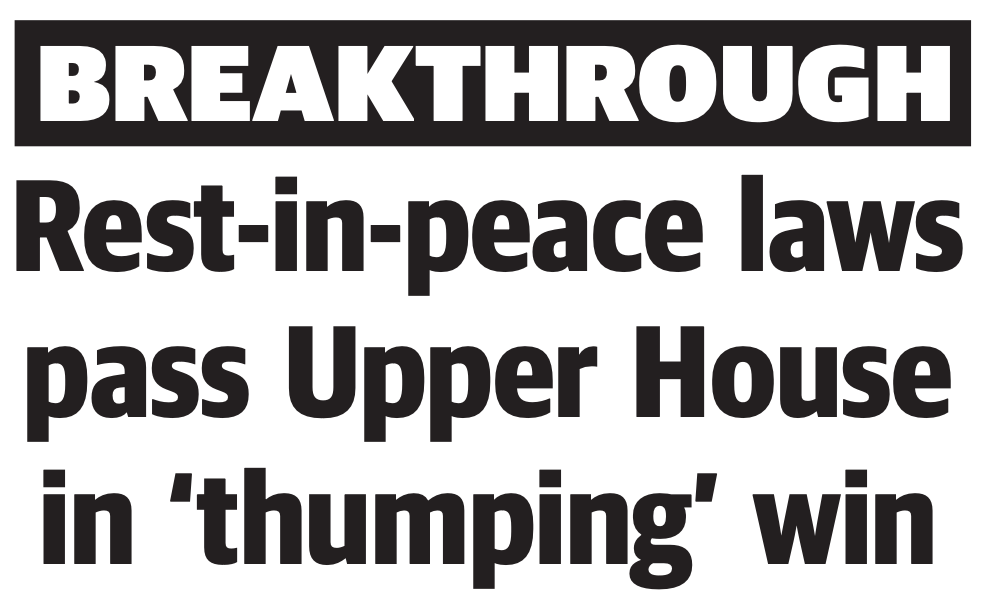 Chilling stuff folks, especially for grannies and grandpas who will be manipulated into “volunteering” to die.

Whether the architects of this new law know it or not, elder abuse is a thing and weaponising it under the guise of medicine empowers those with nefarious motives.

With WA done and dusted with death, the battle shifts to Queensland.

Left wing radicals are worried the Palaszczuk government will fall next year and are pushing hard for a vote before the election.

The left always try to burn the house down on the way out.

LNP policy, in line with the Australian Medical Association, opposes euthanasia because funding proper palliative care is a far better alternative than risking wrongful deaths by turning doctors into killers.

It is well-established, although euthanasia advocates won’t concede it, that proper palliative care allows the overwhelming majority of people to die in comfort and with dignity.

Euthanasia advocates are not looking to simply cover the tiny percentage of people who might experience some discomfort even with the best palliative care.

They want euthanasia to be available to a much wider cohort of people as an alternative to palliative care. This is essentially a bid for suicide on demand for terminally ill people.

And as sure as night follows day, these laws will morph to include people with non-terminal illnesses, as it has in Holland and Belgium.

Sadly, not everyone has access to proper palliative care, especially in regional areas, and euthanasia advocates play on this failure with heart-rending stories of bad deaths to push for killing instead of caring.

Health funding is a headache for governments and euthanasia is a quick fix.

There’s plenty of evidence from overseas about the abuses of euthanasia – some of which I document here.

A parliamentary committee is due to hand down a report on euthanasia in March.

Both he and the AMA are suggesting no action should be taken by the Queensland parliament until proper data from Victoria and WA can be obtained over a two-year period.

With Labor dominated by its radical left, most of its team will support euthanasia.

The Katter boys are reliable on the life issues and will oppose it as will most of the LNP parliamentary team.

But with Labor dominant, nothing short of a mass movement of Queenslanders demanding palliative care funding instead of killing will stop euthanasia.

Given years of neglect of palliative care, most people don’t even know about its potential and are ripe for falling for emotivism.

It’s time to get active.