Women are the losers from Alex Greenwich's reforms. Sadly, conservatives helped him achieve his biggest wins.

As one of the radical left’s key men in politics, Alex Greenwich has had a good week.

In fact, he’s had a good couple of years.

Thanks to the indispensable help of Liberal and Nationals collaborators who should have known better, Greenwich has presided over some of the most radical social changes seen in Australia.

The consequences are biting now and will be felt for decades. Women and girls will be the main losers.

As co-chair of the so-called Australian Marriage Equality organisation, he helped almost complete the 1960s sexual revolution by deconstructing marriage in law and ushering in a new age of sexual and transgender expressionism.

This week another 1960s dream, consequence-free sex for men, was capped off with the passing of Greenwich’s abortion-to-birth bill by the New South Wales Lower House.

Lies and the manipulation of the political system, with the help of senior Liberals and Nationals, have been the pathway to success.

To be fair, the overwhelming majority of Liberals and Nationals resisted valiantly but it was too little too late. They were blindsided by their leaders and let down by colleagues who delivered the crucial votes.

It’s not often a politician of the extreme left enjoys the patronage of a Liberal Premier, Nationals Deputy Premier and senior ministers. 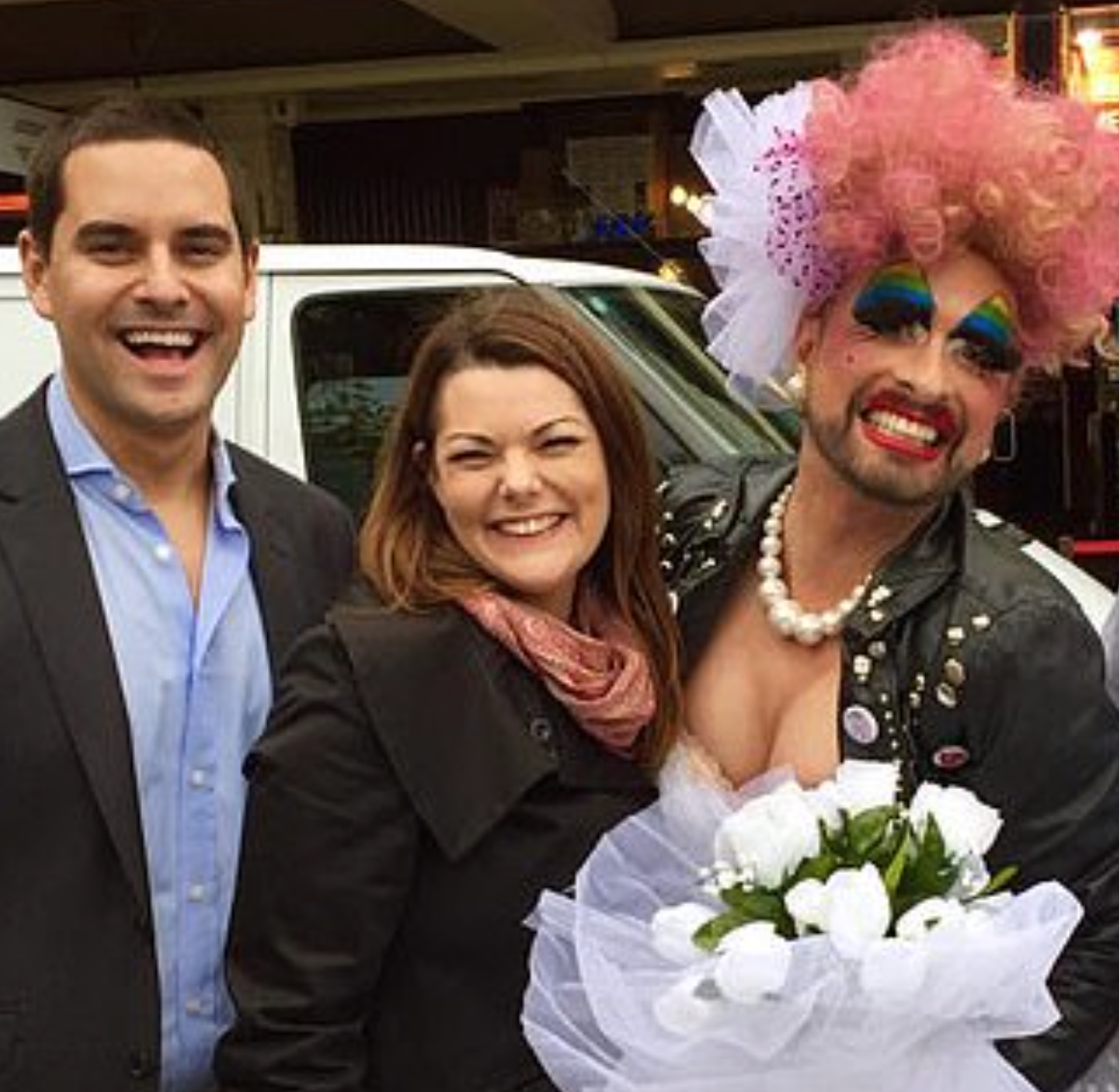 But the Orwellian-titled “Reproductive Health Care Health Care Reform Bill 2019” (it’s about neither reproduction nor health care) was developed in secret with Gladys Berejiklian and John Barilaro’s support and then fast-tracked through the system.

One Nation’s Mark Latham accused Berejiklian of doing a deal with Greenwich and while this is unproven, one has to wonder.

But the tactics of parliamentary deceit are not Greenwich’s only stock in trade.

During the marriage debate Greenwich and his team consistently scoffed at our warnings that freedom of speech, conscience and parents’ rights to shield their kids from transgender ideology would be lost if marriage was de-gendered.

No sooner had Australians voted in the mistaken belief “marriage equality” was only about two people in love, the screws tightened further on freedom of speech and conscience and transgender reforms were ramped up.

The rainbow left wasted no time in going after Christian schools and came within a whisker of abolishing parents’ wishes to have their children taught by staff who share their ethos on marriage, family and gender.

“We’ve had a debate about ‘marriage equality’” was the mantra used to hose down objections to proposals allowing people to change their gender on birth certificates or to gender fluid programs like the Genderbread Person in “safe” schools.

In order to be “trans friendly”, Greenwich’s abortion-to-birth bill scrubbed out all mention of women.

Because “men” apparently give birth these days, it would be bigotry to have an abortion bill for women only.

The very day the abortion bill passed, Cricket Australia was rolling out the next phase of Greenwich’s dream for Australia.

Mums and Dads who question the wisdom of allowing boys who identify as girls to play on the girls’ team will be punished under anti-discrimination law, as Cricket Australia laid down the law on transgender inclusion.

Greenwich’s pathway to this came in mid 2017 when Liberals Trent Zimmerman, Trevor Evans, Tim Wilson and Warren Entsch threatened to hand the control of the parliament to Bill Shorten so a same-sex marriage bill could be introduced in defiance of Coalition policy.

By campaigning on “love is love” and “no consequences” for anyone else’s freedoms, Greenwich’s Yes campaign won.

Manipulation of the system with the help of conservative politicians plus bare-faced lies won the day.

But Australians’ hopes that rainbow politics would go away after the marriage vote were quickly dashed.

Now our best rugby player has been sacked because he won’t celebrate homosexuality and Cricket Australia is paving the way for men identifying as women to play on the women’s team.

The rainbow political movement continues to create deep unease in our nation almost two years after the plebiscite.

Today when Scott Morrison was asked about CA’s new gender-fluid dictate, he criticised it as heavy handed and suggested mums and dads could work these things out at a local level.

Prime Ministers have a lot on their plate and he probably does not know that his left-leaning sports minister Richard Colbeck recently issued transgender guidelines of his own to junior sporting clubs.

Conservative politics is in a muddle over the consequences of the same-sex marriage debate.

Most parents will be uncomfortable with boys identifying as girls sharing change facilities with their daughters, but even a conservative government has difficulty finding the courage to say no to the transgender juggernaut that has been unleashed.

By failing to stand up to the likes of Greenwich and then collaborating with him, conservative MPs have helped the nation sleep-walk into a growing social and free speech crisis.

Mainstream Australians are deeply uneasy with late term abortion, sex-selection abortion and with transgender ideology. Yet all will now be protected in law, thanks to Greenwich.

Sneaky tactics aided and abetted by conservative politicians who have lost their moral compass have facilitated this.

It’s been a good week for Greenwich but a horrible week for women.

His abortion law gives free reign to abusive men who coerce their wives or girlfriends to kill their babies, something that is all too common.

It allows unborn baby girls to be killed because they are girls.

And Greenwich’s transgender ideology is also deeply anti-women and girls.

Conservatives should have stood up to Greenwich. Instead they helped.