Queensland: beautiful one day, broke the next

“Unless the Queensland Government can increase its revenue or constrain the recent growth in its expenses, it risks not being able to meet the costs of its activities from the revenue it earns going forward.” - Brendan Worrall, Queensland Auditor-General.

Columnist for The Australian, Michael McKenna, this week revealed something that, if true, is very disturbing about the inner workings of the Palaszczuk government in Queensland where I live.

“Palaszczuk, a member of the Right, has overseen a government that has been riven by infighting and suspicion, with a cabinet where the decisions are often determined by outside meetings of the Jackie Trad-led Left group of ministers,” McKenna wrote yesterday.

Did you catch that?

Trad and her minions often pre-determine cabinet decisions at the meeting before the meeting.

If true, this is a humiliation for Palaszczuk and extremely poor governance of the state.

It would seem she is just a figurehead.

It is no secret that trade unions affiliated with Labor wield powerful influence in large part bought by the money they shower Labor at election time.

Meanwhile the state groans under a growing mountain of debt with government spending growing faster than its income.

The State’s Auditor-General reported the grim news in a report tabled in State Parliament this week.

“Unless the Queensland Government can increase its revenue or constrain the recent growth in its expenses, it risks not being able to meet the costs of its activities from the revenue it earns going forward,” Brendan Worrall wrote. 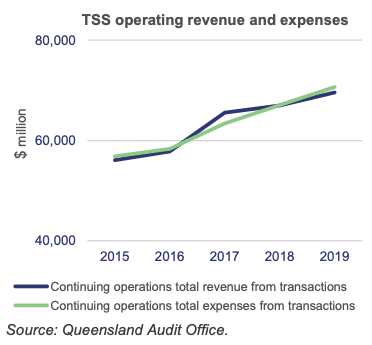 Imagine if we ran our household budgets like this.

Debt with no plan to pay it back is skyrocketing towards $90 billion. There is virtually no hope this will be paid off in our lifetimes in what is becoming the scandal of inter-generational theft.

Queensland, which back in the Joh days had public finances that were the envy of the nation, is now in record debt.

We’re kicking the can down the road so our kids can pay it off some time in the never never.

The supreme irony of Queensland’s financial position is that the revenue side is propped up by coal, mineral and other fossil fuel revenues. 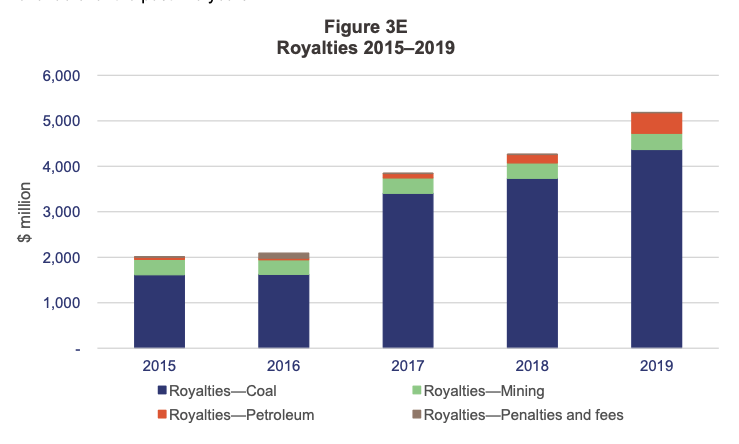 It is hypocritical of Labor to demonise fossil fuels while taking the cash from its production.

Worrell also warned about the blossoming public service, with staff numbers now at 233,000.

The alarming thing about Worrell’s report and what we know from the Palaszczuk Government is that no course has been charted to get us out of this mess.

Sure, there is big expenditure on cross river rail – something the state needs – and there are liabilities resulting from the 2011 Brisbane floods which were unforeseen.

There has also been a reduction in GST revenue and there is some uncertainty about Queensland’s share going forward, again outside of the state government’s control.

Despite all this, it is Jackie Trad’s responsibility to provide a credible pathway back to surplus and out of debt.

At the moment there is none.

Perhaps if decisions were made around the cabinet table things might be different.