Why truth should always trump prejudice

I wouldn’t have bothered responding except that such a nonsensical swipe came from a member of Parliament.

Tim Watts is the Labor member for the seat of Gellibrand in Melbourne.

We’ve not met but we have exchanged tweets on several occasions. I enjoy good-natured banter on social media. 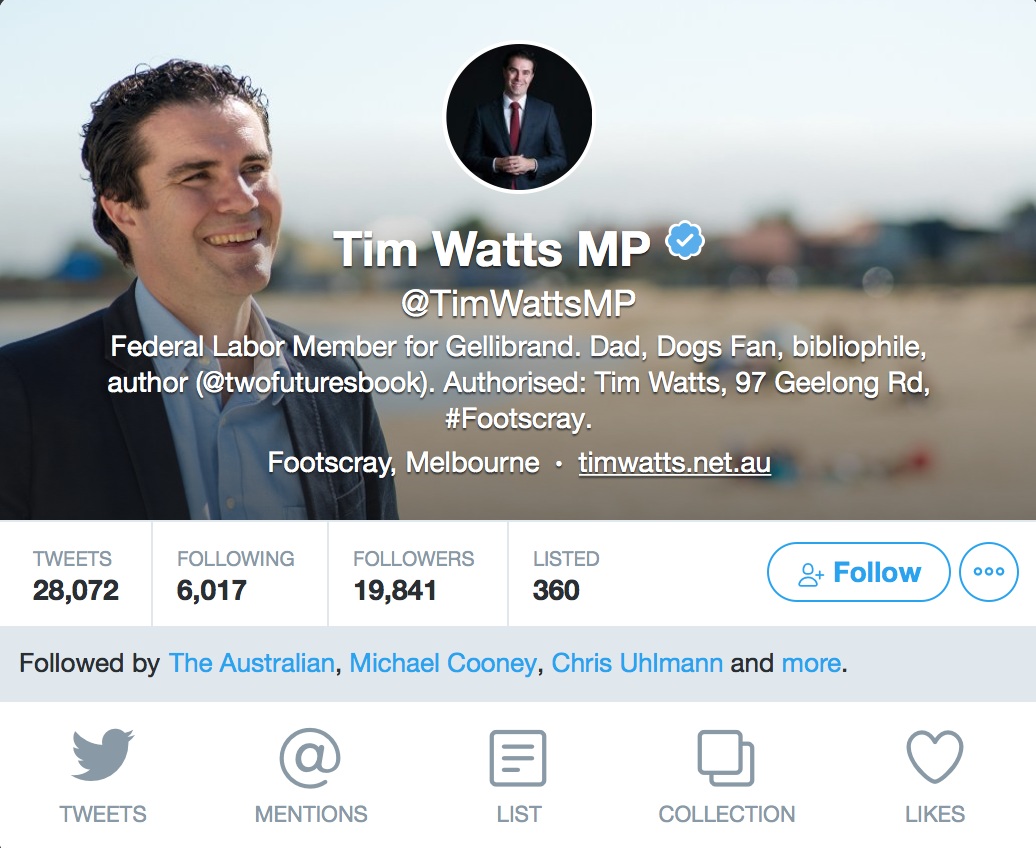 Ted Cruze, who lost out to Donald Trump during the GOP presidential primary race, puts Zuckerberg under real pressure with his forensic deployment of evidence.

It’s not just being loose with our data that is a problem for Facebook.

The video was filmed during yesterday’s hearings before the US Congress.

“Why are you sharing a website that has said the Sandy Hooke school massacre was a hoax? This is an extremist conspiracy sight,” Watts tweeted.

I went back and explained that I did not know that.  I said that did not change the fact that Zuckerberg was caught giving less than convincing answers about Facebook censorship of conservative views. 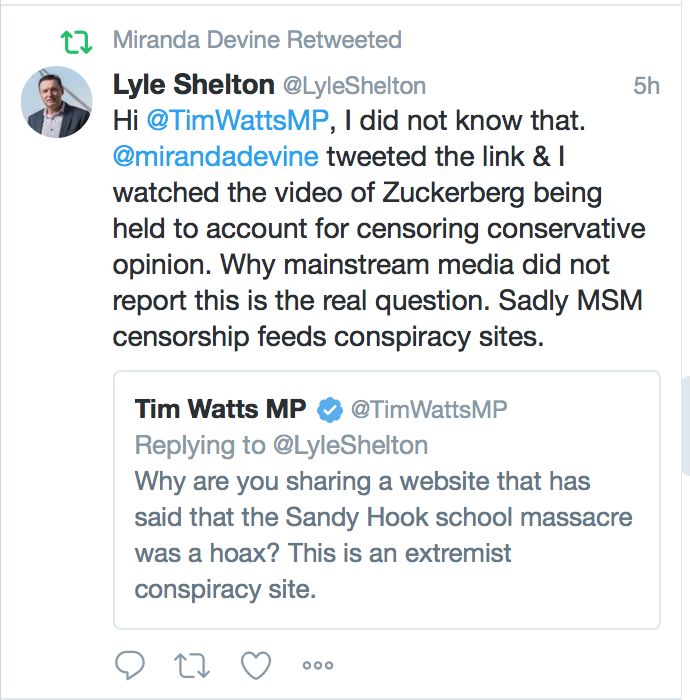 Miranda even weighed in telling Watts that the video was real and the platform on which it was being hosted did not change that fact.

Not once did Watts engage with the substance of the argument – our concern about Facebook using its monopoly power to supress political views with which it disagreed.

You would think a parliamentarian would understand how dangerous the shutting down of political debate is for civil society.

But no, Watts tweeted back to us: “…don’t palm off your responsibility to critically evaluate sources.”

Things have come to a pretty pass when someone who has earned a seat in our most important debating chamber, the House of Representatives, looks past allegations of an egregious breach of free speech by one of the world’s most powerful media titans.

This incident goes to the heart of so much of the trouble with our current political discourse.

The Left control the high ground of media and the academy and frame debate to their liking.

Somehow they think they can avoid argument, no matter how valid it may be, if it has been carried by a source deemed by them to be unworthy.

This is dangerous for democracy. An authentic inquiring mind investigates truth regardless of the carrier.

The left no longer believe in the dictum "I might not like what you say but I will defend to the death your right to say it". Just ask Israel Folau.

If video evidence shot in a US Congressional hearing is to be disbarred from public discussion because it was hosted on a crackpot’s website, then we are in trouble.

If the mainstream media did not engage in self-censorship of truths that do not support its ideological narrative, there would be fewer people running around wearing tinfoil hats.

It’s time for the Left to drop the slurs, stop trying to discredit people and actually engage with ideas.

If you are heading towards a cliff but won’t change course because you don’t like the person suggesting a course correction, you will still drive off a cliff.